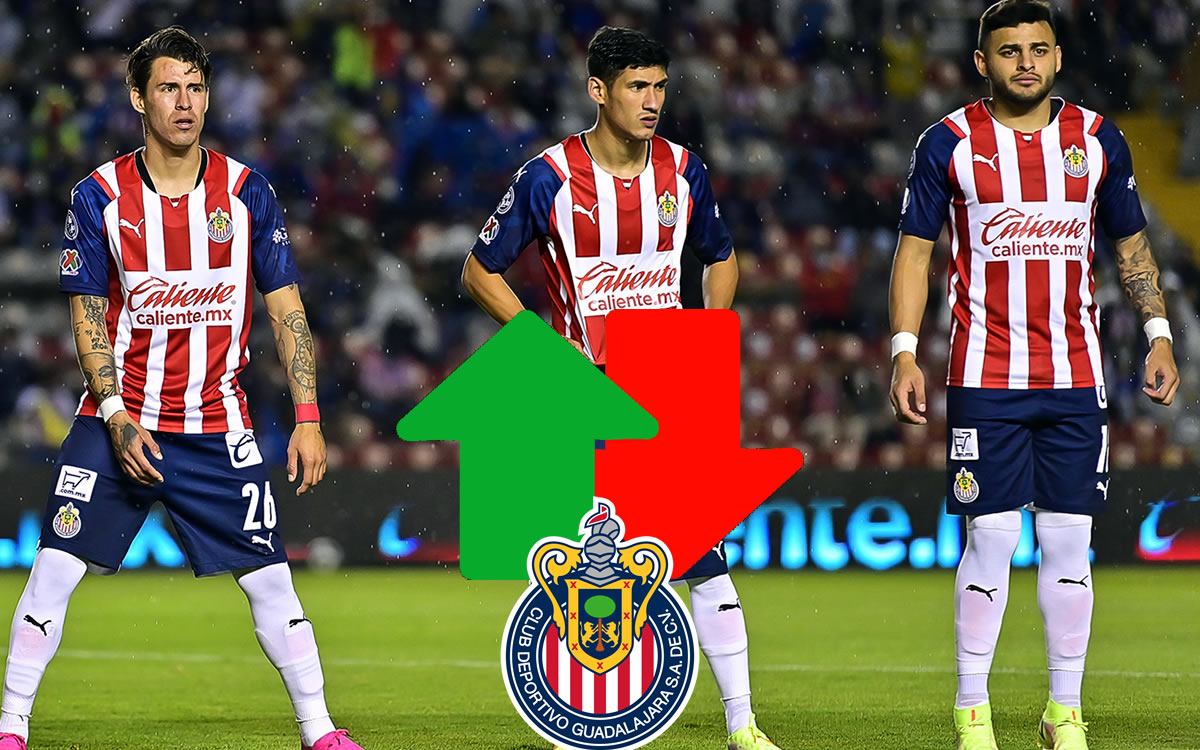 While the Liguilla is played and most already see it on television with their minds set on the new year, in Chivas the desk is more than hot outlining ups and downs for him Closing 2022, a moment for which radical changes are expected in various positions.

The front and middle are the priorities to reinforce for Marcelo Michel Leaño. The first on the list is Eduardo Aguirre, from Santos Laguna, and 10 from archrival América, Sebastian Cordova, What the two main cards that Chivas goes for in this winter market, although some side is not ruled out as well.

How is the signing of Eduardo Aguirre for Chivas going?

With Santos there have been scraps, the flat lagoon does not rule out getting rid of Mudo and there Chivas got Chicote Calderón with the intention of closing a negotiation.

How is Sebastián Córdova going?

Córdova is a player trusted by Michel Leaño, who made his debut for Necaxa in 2018. Here Chivas proposed an exchange with America and added to Uriel antuna in the negotiation, which is in progress.

In Guadalajara they also focus on renovations. Alexis Vega is the main concern of the leadership, he still has a contract, but they are looking for a new agreement because he only has six months left. Things go slow, but safe. Luis Olivas and Gilberto Sepúlveda are the other two elements to renew.

Chivas casualties; those that are coming

As for casualties, at least three are expected. The Sacred Flock will seek to accommodate two goalkeepers: José Antonio Rodríguez and Miguel Jiménez, since Raúl Rangel will be his second goalkeeper.

In defense, the doors may be open to Miguel Ponce. The left-back born in California does not finish filling Marcelo’s eye and they have Alejandro Mayorga in that position.

Calderón and Antuna There are two that could also have the doors open, since they are from the players with high salaries and their performances on the court have been far from satisfying the rojiblanco team. Antuna added 862 minutes in 14 games, of which nine were as a starter and did not register goals; Chicote accumulated 330 minutes, four starts, 0 goals and an expulsion. Other casualties may be those of Carlos Cisneros and Ángel Zaldívar.

So far the only player confirmed to not follow is Oribe Peralta, who did not renew his contract, was offered a position in the youth squad preparation, but it was not accepted by the attacker, who wants to remain active.