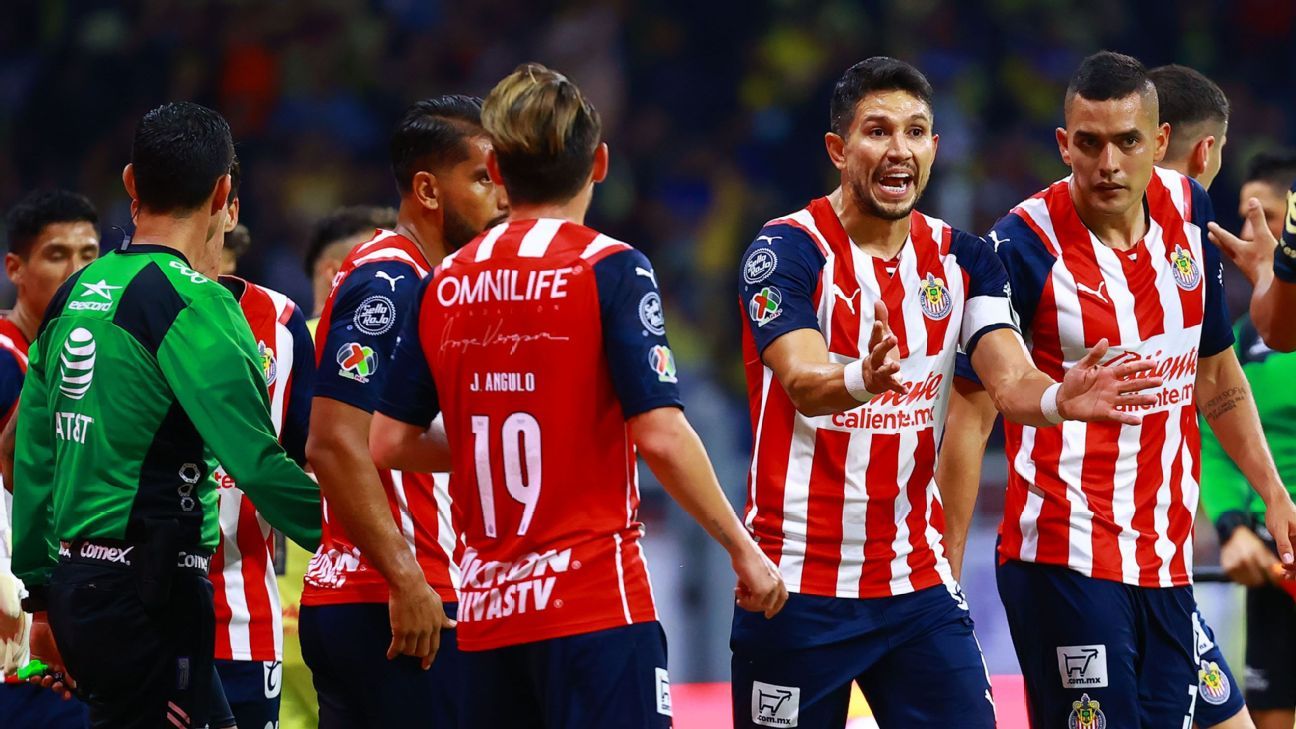 Chivas surprised with dominance over America during most of the National ClassicHowever, he left the Azteca Stadium court with one point, the product of a goalless draw on Day 10 of the 2021 Liga MX Apertura.

The key man of the night for Chivas. Thanks to the surprising dominance of the Flock over America during the first half, the goalkeeper calmly passed that period, in which he only saw latent danger at minute 8, with a header from Roger Martínez that Luis Olivas deflected on the left side of the small area, and at 25 ‘, with a shot by Salvador Reyes from outside the area that he sent to the side.

In addition, with a much more dangerous America thanks to Henry Martín, Gudiño rose as a figure under the sticks; at 63 ‘he lay down to stop a shot from the Azulcrema attacker on the line towards the nets. Similarly, at 82 ‘, he took a header from Bruno Valdez over the crossbar.

The ‘Chicote’ started the duel as a winger on the right, however, he went ahead to the extreme on the same side due to the adjustments made by coach Míchel Leaño at 17 ‘after Isaac Brizuela’s injury.

Once in that position, the versatile player experienced the most notorious duel of the match, against Jorge Sánchez, who sparked on several occasions, to the point of coming to blows in a couple of quarrels that stopped the actions for a few moments, due to a hard tackle by rojiblanco on azulcrema that was not sanctioned. He left the exchange at 68 ‘for Fernando Beltran.

The left defender rose as a figure on the Azteca Stadium field and put aside the stage panic of his first National Classic in Liga MX.

At minute 8 he avoided the fall of his frame with a remarkable leg maneuver that covered a powerful header from Roger Martínez at point-blank range on the left side of the small area, while in the full, at 67 ‘, he removed a diagonal from Henry Martín heading to goal.

Compared to Olivas, his partner in position, Mier showed a more discreet but equally effective profile to stop Henry Martín and Álvaro Fidalgo.

The right back who entered the exchange due to the injury of Isaac Brizuela showed all the weapons in the few attacks of America during the first period and even the passion prevailed and caused a slight quarrel with Henry Martín in the added time. It is worth mentioning that the referee César Ramos did not sanction his attack on Martín’s eyes, once the row broke out.

In complicity with Molina, the midfielder also had a notable participation with the Flock in their first National Classic, as it exerted pressure on its Azulcrema counterpart and promoted dominance in that area.

The veteran midfielder and captain of the Flock led the team’s transitions and distributed the game on multiple occasions, which allowed them to take possession of the ball, reach the goal of Guillermo Ochoa in danger and cause frustration in the rival during the 83 minutes of their participation. He left at 84 ‘for Carlos Cisneros.

The ‘Brujo’ disappeared with his magic to the far right of the court and he dedicated himself to using his speed to intercept Mauro Lainez, in another one-on-one that stood out on the stage of the Azteca Stadium. He left at 83 ‘by César Huerta.

The ‘Canelo’, behind Vega, supplied balls to his teammates in offense and was key to the multiple attacks by Chivas in front of the cream-blue frame during the 90 minutes. In defense he also collaborated during the stopped balls and took away a dangerous opportunity at the head of Federico Viñas at 76 ‘.

The striker from Guadalajara showed signs of explosiveness during his brief passage on the court, which was interrupted due to a discomfort in the back of the right thigh at 15 ‘and for which Jesús Sánchez replaced him a couple of minutes later.

The rojiblanco center forward returned to activity after an injury with the Mexican National Team and stood out thanks to his impetusHowever, he showed a lack of rhythm and aim on several occasions, the most notable being a foray into the area that culminated over the crossbar, after Jesús Angulo served him alone with a ball inside the large area at 14 ‘. He left at 84 ‘for Oribe Peralta.

Relief of Isaac Brizuela, who was injured at 14 ‘. As a left-back, he showed solidity on the defensive line to impede the progress of Mauro Lainez and Salvador Reyes, however, the work handcuffed the first third of the field, with no offensive output.

The ‘Nene’ denoted a lack of filming throughout the tournament and went unnoticed by the far left of the court from 68 ‘.

He entered at 83 ‘, replacing Uriel Antuna