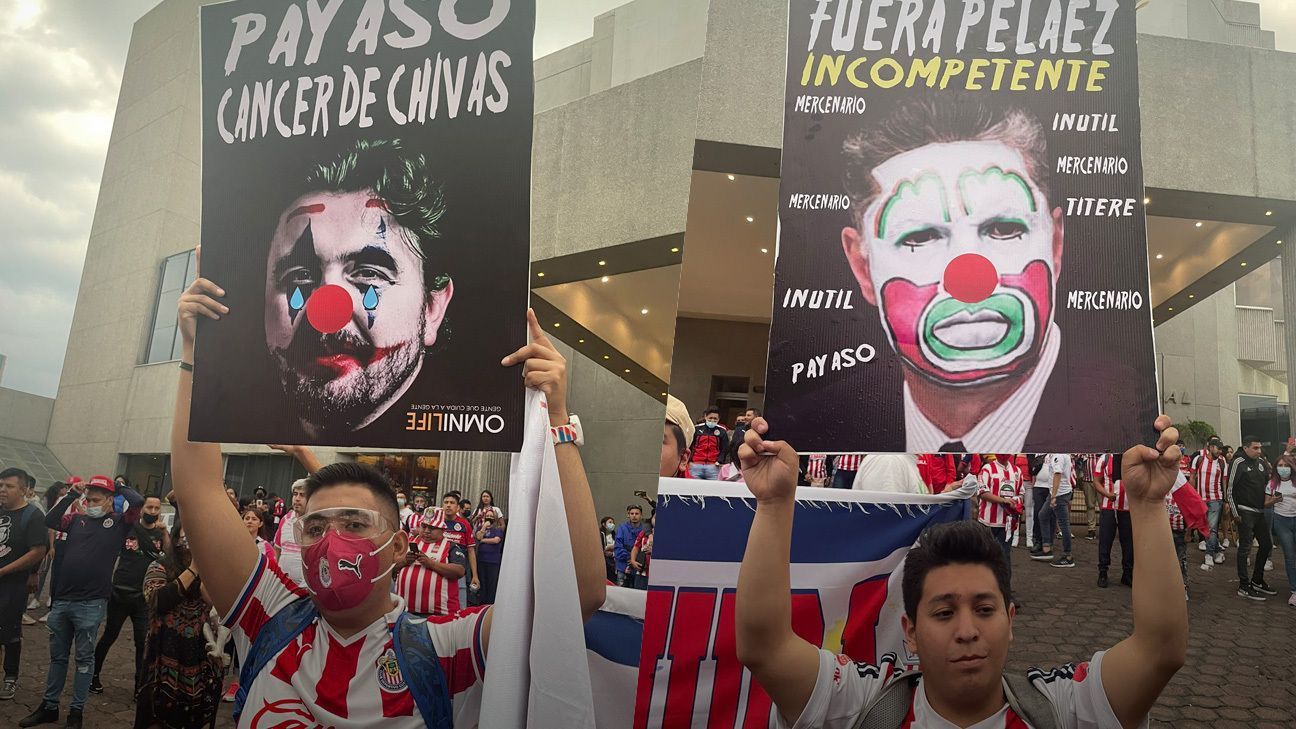 This afternoon elements of the animation group ‘La Insurgencia’ from Chivas gathered outside the team’s concentration hotel to protest bad results in this championship.

With chants, flags, instruments, flares and banners, the followers of Chivas They made multiple protests towards the squad and board of the Rojiblanco team, after adding a total of four games without victory in the current tournament.

“A lot of salary, few eggs[…]”, “Respect the colors”, were some of the messages to the players on the campus.

In addition to the messages against the players, the followers of Chivas They arrived at the concentration hotel singing chants against the directive.

“Players to see if they put hue[…]that we are already tired of the bad results”, “Players to see if they put hue[…]what Chivas is bigger, the with[…] of his mother[…]”, “Put hue[…]hey[…] those of Chivasput hue[…]hey[…] to win, that tomorrow it costs what it costs, that tomorrow we have to win”, “Oh let everyone go that there is not a single one left”, were some of the chants against the Rojiblanca squad.

Two of the elements that were most pointed out during the protests were the owner of ChivasAmaury Vergara and the sports president, Ricardo Peláez, who became the elements that appeared their name and photograph the most times on different banners.

“The team with the longest history in Mexico is too big for them, incompetent players and board”, “Pelaez out, incompetent”, “Amaury Vergara out, cancer of the Chivas“, were some of the messages against the current directive of the Guadalajara.

So far, the elements of the campus of Guadalajara They have not gone out to meet the Atletico fans, so it is expected that at the end of the team dinner, some footballers will attend to the fans who gathered at the team hotel.

Chivas fans protested against the team in Mexico City