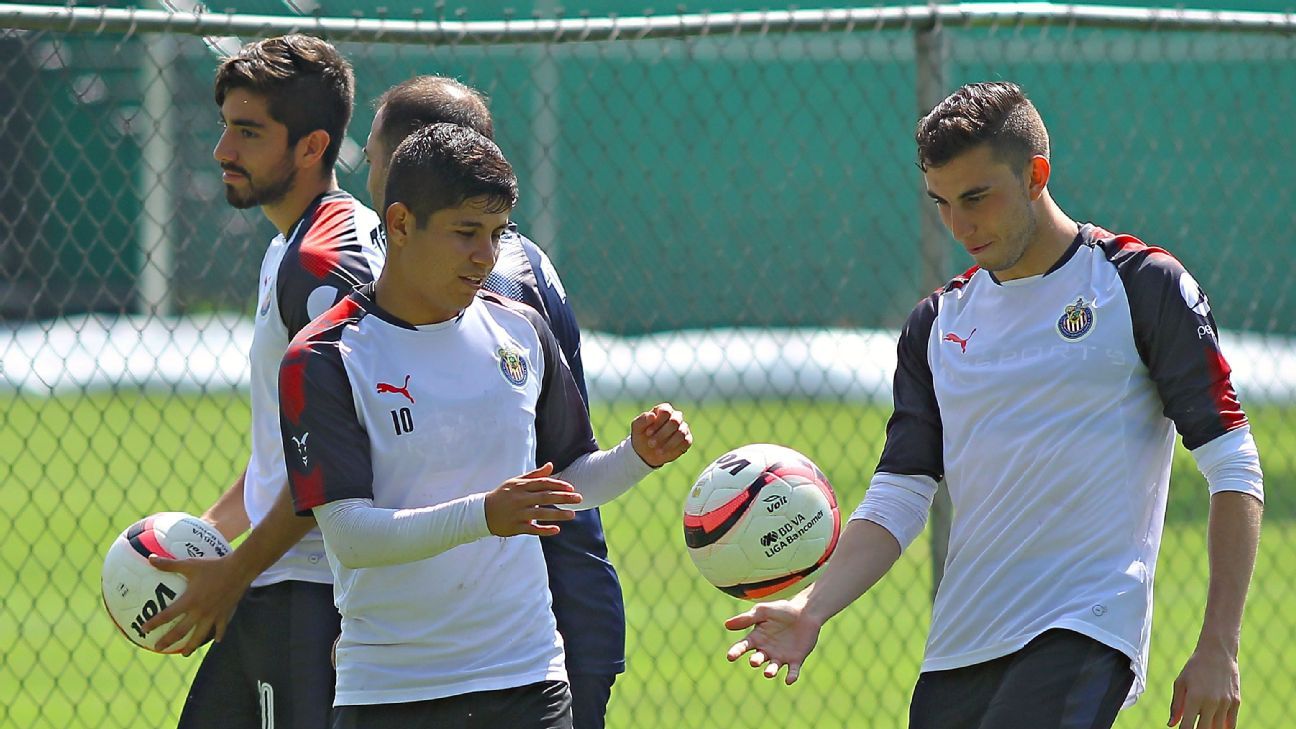 Chivas has suffered a lot to be able to strengthen its staff and a few hours after starting the Clausura 2022 Tournament, it only counts on the arrival of Roberto Alvarado as reinforcement. The striking thing is that the Flock has a series of elements that could wear red and white again but did not consider them as an option.

Against this background, in ESPN Digital We present you a list of the footballers that Chivas ‘let escape’ for the next campaign.

After a millionaire investment for his services, the Mexican midfielder left the institution for the Clausura 2022 Tournament after two years with him. Guadalajara.

In 64 games with Chivas he scored a total of six goals and registered four assists, however, the extra-court issues and indiscipline were decisive for the Guadalajara directive to let him escape, when he was exchanged for Roberto Alvarado of Cruz Azul

The youth squad returned to Chivas Ahead of Guard1anes 2021, after a one-year assignment with Pumas, where he had an outstanding performance, however, despite good displays on his return, the rojiblanco side failed to establish himself in the starting team.

With six goals and two assists in 48 games with Chivas, were not enough for the technical and managerial staff of Guadalajara to keep him in the rojiblanco team, which is why he was another of the elements that together with Uriel Antuna ended up reinforcing Cruz Azul.

After being separated by a matter of indiscipline with Chivas, the Guadalajara youth squad emigrated on loan to the MLS, with the San José Earthquakes team.

With a dream tournament, the Mexican midfielder scored a total of 12 goals and registered three assists, but it was not enough to return to Guadalajara, after Amaury Vergara himself determined not to have the player, by continuing with his promise exercised in 2020 , when he pointed out that he would not wear the red and white shirt again.

The Mexican midfielder abandoned Guadalajara in 2018, to become a figure in Monterrey and later a franchise player in MLS with Inter Miami.

Chivas fans asked for the return of the Pachuca youth squad, however, despite the fact that the possibility of a second stage at Guadalajara was never closer, the Monterrey team was the one who took on the footballer’s services.

The youth squad from Pumas arrived at Guadalajara Ahead of the 2018 Apertura Tournament and after an acceptable semester with the rojiblanco team, he was loaned to the Santos Laguna team and later to the MLS, the Portland Timbers.

In the current transfer market, the Mexican footballer ended his assignment with the MLS team, and despite the fact that Chivas was in search of a right back, the coaching staff and the board decided not to have him.

The Mexican central defender abandoned the Guadalajara in 2020 to go on loan to MLS, with the San José Earthquakes team, a club led by Argentine strategist Matías Almeyda.

After two years in MLS, with four goals in 42 games, the defender ended his loan with the California team, however, given the large number of defenders in Guadalajara, he was not considered by the coaching staff for the next tournament.

In 2018, the Santos Laguna youth squad became the most important bet of Matías Almeyda’s team, however, after two years the board decided to negotiate it with Mazatlán, Santos and Juárez FC.

After finishing his loan with the Mazatlán team, the offensive midfielder did not enter into plans to Chivas, so he reached an arrangement to leave the club and emigrated to the Wellington Phoenix team of New Zealand.

Chivas and the players he ‘let escape’ for the Clausura 2022