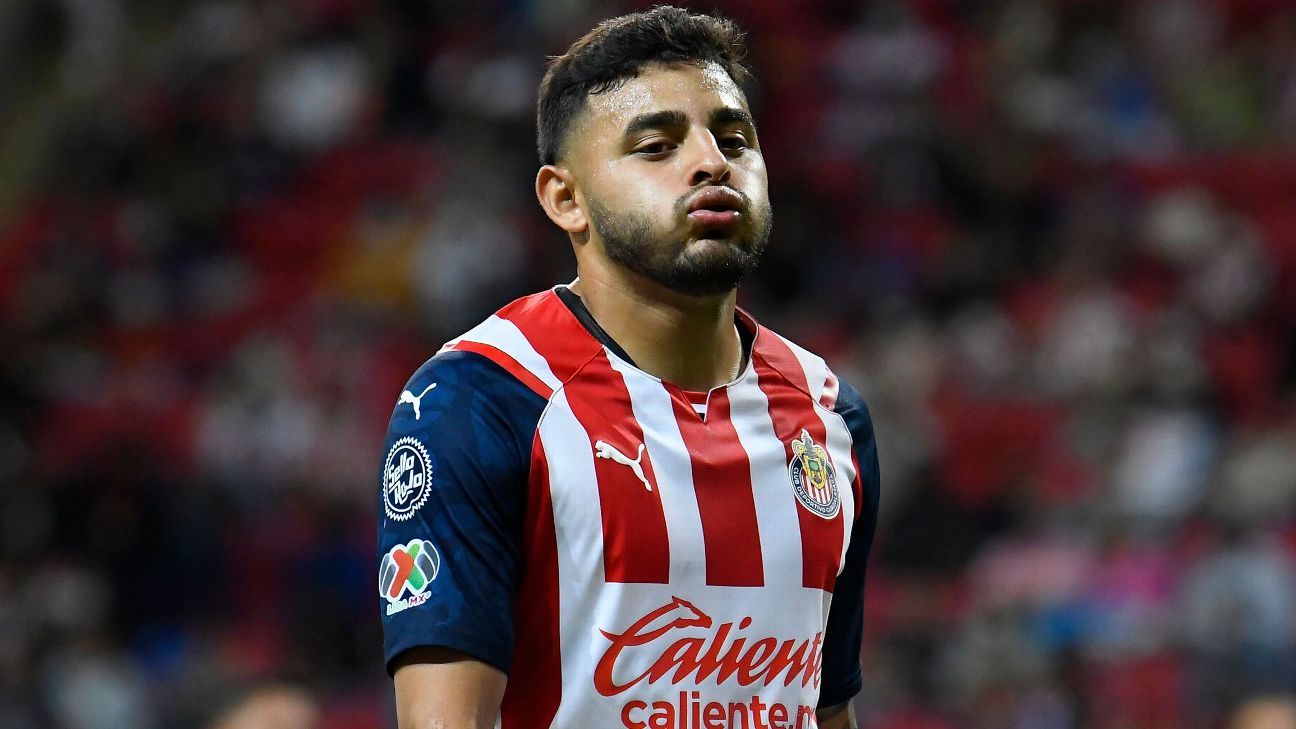 Alexis Vegawheel of the Chivaswas suspended two games by the Disciplinary Commission after “grossly insulting the Match Officials” in the weekend’s match against Puebla, so they will not be able to count on him against Atlético de San Luis or Santos Laguna.

This Monday a statement was issued with the report of players reprimanded and expelled during Matchday 7 and it appears Alexis Vegawho saw the red cardboard in the clash against La Franja.

In the report issued by the Disciplinary Commission on gambling Chivas vs. Pueblathe name of the also member of the Mexican National Team appears and in the cause it is indicated “Insulting the Officials of the match. 2 sets of suspension“.

The red and white squad had taken the lead against the sweet potato growers and at halftime they were 2-0, but for the complementary part the visitors turned the score around, generating boos and slogans from the fans against the strategist Marcelo Michel Leaño.

multiple players of Chivas They claimed that a Puebla goal should have been annulled due to a midfield foul on Cristian ‘Chicote’ Calderón and, despite the VAR review, the central referee confirmed the initial decision to consider the goal of Nicolás Larcamón’s team valid.

Alexis Vega He was one of the players who complained most angrily, which led the whistler Fernando Hernández to show him the red card at minute 67, just one minute after the momentary 2-2 scoreline achieved by Jordi Cortizo.

At the end of the match, Chivasthrough his social networks criticized the work of the whistler and “threatened” to send a letter to get a better job from the referees.

The squad led by Marcelo Michel Leaño will reach their double-header duels against Atlético de San Luis and Santos with three consecutive defeats and will seek to break this streak without an element that, so far in Clausura 2022, has contributed four goals in 593 minutes.