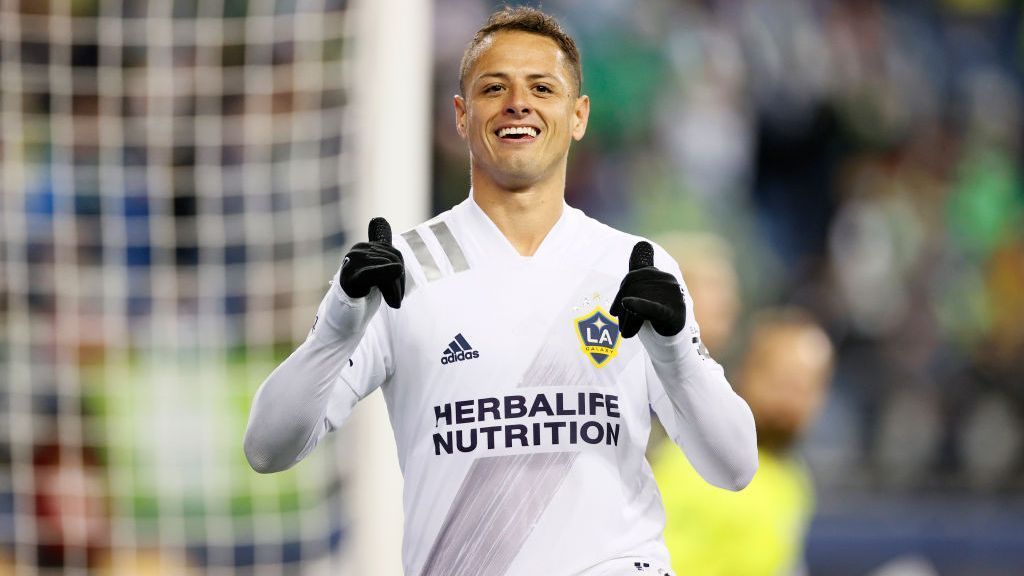 Javier ‘Chicharito’ Hernandez thanked the recent praise from the Tigres striker, Andre-Pierre Gignacin which he requested the return of the LA Galaxy player to the Mexican National Team.

From scorer to scorer, Gignac expressed his desire to see Hernández again in El Tri.

“We saw him in his first match. (Chicharito) can solve you at any minute, (it was) a close, complicated game, he makes a luxurious play. He cuts with his left leg and then sends a bombshell down the crossbar at minute 89 ‘. I’m not a coach, but I love Mexico, everyone knows it, I want us to reach the fifth game”, said the French striker during an interview on ‘La Última Nombre’.

“It is an incredible weapon for the team, hopefully they can talk among adults and reach a solution. I’m not part of the national team, I don’t know what happened, and I don’t want to know, but it would be a luxury reinforcement, really,” Gignac continued.

Javier returned the gesture to André-Pierre and had nothing but words of thanks and celebration, after what the French player had said. “Whenever there are comments from a player, beyond whether they are talented or not, with such an important human quality, he is always very nice, he is appreciated. He is doing so well in life for a reason because he is a crack on and off the court, ”Chicharito commented on Gignac.

Chicharito has not been summoned by Gerardo Martino with the Mexican National Team. His last call was in September 2019. Everything indicates that off-field problems have affected the ratio of the highest scorer in the history of El Tri.

The LA Galaxy striker remains firm in his response about his good disposition towards the national team.

“I will respond as always, I am a soccer player, I am going to try to do it in the best way so that I am taken into account, as my grandfather and my father always taught me, how to be a national team”, said Hernández Balcázar, who started the 2022 season with a goal. “What you do with your club, if you stand out and do it in the best way, is a tool to be summoned. Afterwards, they are the coach’s decisions”.

Gignac has not been the only one who has called for the return of Chicharito al Tri, especially after Mexico’s performance in recent World Cup qualifying matches has not been convincing. Fans, journalists and even the Mexican Formula 1 driver, Checo Pérez, have shared the desire to see him again with the Tricolor team.