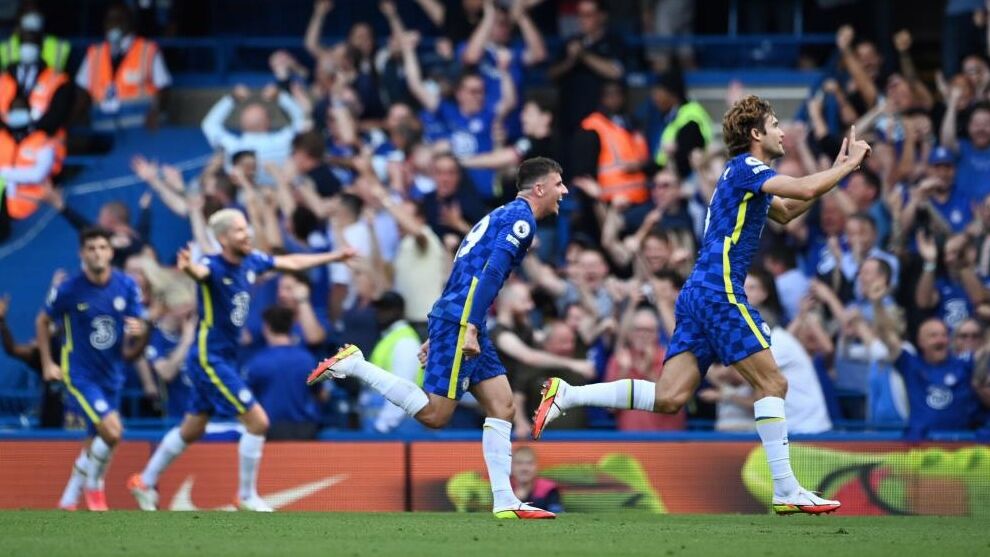 The start of the Premier League for Chelsea followed the pattern of the last few months in the club London: beating the rival (3-0). The Crystal Palace was the last victim of the Tuchel that he was unable to get into the game, despite the fact that the data prior to the meeting invited to dream the eagles: As a player, Patrick Vieira never lost a Premier League match against Chelsea, winning six and drawing four of his 10 appearances against the blues. But nevertheless, Marcos Alonso, Pulisic and Chalobah were in charge of giving the first three points to his team and establish him as one of the favorites even with Lukaku in the stands waiting for his turn.

The start of the game was brilliant, the Crystal palace jumped to Stamford Bridge without lining up his best signings while Chelsea wanted to solve the game on the fast track and almost succeeded, with five novelties in relation to the end of the European Super Cup (Christensen, Azpilicueta, Kant, Mount and Pulisic). The Crystal palace it bailed waters and was alive from the first stake in the first ten minutes. Wide field to take advantage of Mount and uncheck them inside.

The first notices of the Chelsea they came from Marcos Alonso and de Kovacic always in the same way. Timo Werner falling to the band and filtering the pass for the internships of the interiors. In the purest style Tuchel, vertigo, speed and precision.

Marcos Alonso opened the can

When the game fell into a fallow stage, of inactivity, the first goal arrived to stopped ball. A champion club of Europe It is thus, capable of mastering all solutions and with specialists in each of them: Marcos Alonso is a set-piece specialist.

The foul thrown from the right profile invited Marcos Alonso to throw and boy did it. Perfect execution that nothing could do Guaita rather than following her with his gaze. Chelsea’s 50th set piece goal in Premier League history, roars the Stamford Bridge and Tuchel asked for more.

Pulisic and his favorite victim

At the edge of halftime, Chelsea finished the match putting more distance on the scoreboard. The Chelsea is a machine that works perfectly and this goal is also Registered trademark of the Tuchel team. Azpilicueta leave the band to Mount with whom he made a wall, and the center to the area took advantage of it Pulisic what takes the Crystal palace as his favorite victim: fifth goal that he scores in five games.

The teams returned from the locker room when Marcos Alonso was about to score the second goal in your private account. A constant danger in Madrid. Patrick Vieira I changed the scheme with the input of Benteke and try to find a goal that would get them into the match, what the Frenchman failed to foresee was Chalobah’s performance.

Chalobah, debut in a big way

It was his Premier League debut and the defense of Sierra Leone, international by England, he scored a great goal that he did not even know how to celebrate. A powerful shot from outside the area became the dream debut for the 22-year-old center-back who looks very good. Solvent, uncomplicated with the ball and powerful in the air game. Trevoh Chalobah became the second youngest player in Chelsea history at the age of 22 and 40 days. on his debut in Premier League. 3-0 and a pleasant half hour ahead.

Chalobah enters the history of Chelsea

The second youngest player in Chelsea history to score in the Premier League debut. 22 years and forty days second only to Paul Hughes at 20 years and 274 days

The party at the Stamford Bridge continued and the ovations came: first to Azpilicueta, then to the scorers Pulisic and Marcos Alonso. Everything went well for the blues, as in the last few months, while Lukaku lick back with what can be an exciting season for him and for him Chelsea.