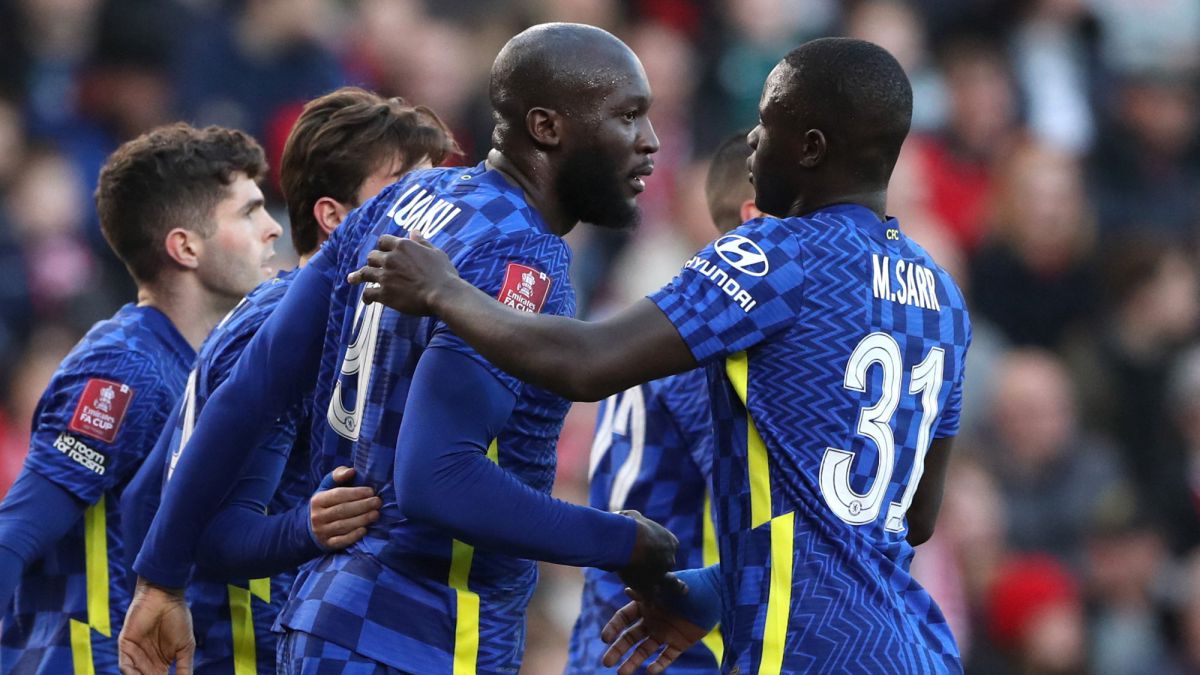 Chelsea conquered Riverside. After surprising Tottenham and Manchester United in the always capricious FA Cup, Middlesbrough wanted to collect another loss. But Tuchel’s team did not fall into the trap of the team that is in seventh place in the Championship. A rival that was theoretically inferior to Chelsea, and was also inferior in practice. Therefore the goals from Romelu Lukaku, who little by little is getting back to his best level, and Hakim Ziyech were enough to win and go to the semi-finals of the English tournament.

Tuchel decided to do rotations and He left Kanté and Havertz on the bench to bet on Loftus-Cheek and Lukaku as novelties. The Belgian striker hasn’t been a starter in the Premier for more than a month, but he hasn’t lost his place in the FA Cup, and he’s making the most of it. It was he who opened the scoring after the first quarter of an hour. Mount hung a ball into the area and Chelsea’s 9 finished off to put the tie on track and, incidentally, scoring his twelfth goal this season -in which he is the best blue scorer, despite his recent bad streak-.

Tuchel’s team kept pushing, they didn’t want surprises and went for the sentence. Middlesbrough had not had time to recover and Ziyech unleashed his diabolical left foot to make it 0-2 from the balcony of the area. It was the 29th minute and Chelsea were far superior to the local team, who couldn’t reach Mendy’s area, today the starter ahead of Kepa, despite the fact that the Spaniard had started in the previous round.

Thus the second half was reached, in which Chris Wilder shook the eleven and introduced four changes at the exit of the locker room. But not even with the new sap did Boro manage to intimidate Chelsea, very tidy behind. Even more so with the entry of Kanté, with 20 minutes to go, in which Middlesbrough had no choice. Not even Tarvernier, the most loved by the Riverside fans, put Mendy in trouble, who kept a clean sheet and was an exception witness to the victory of his team, which goes to the semifinals of the oldest tournament in the soccer.

Chelsea does not slow down