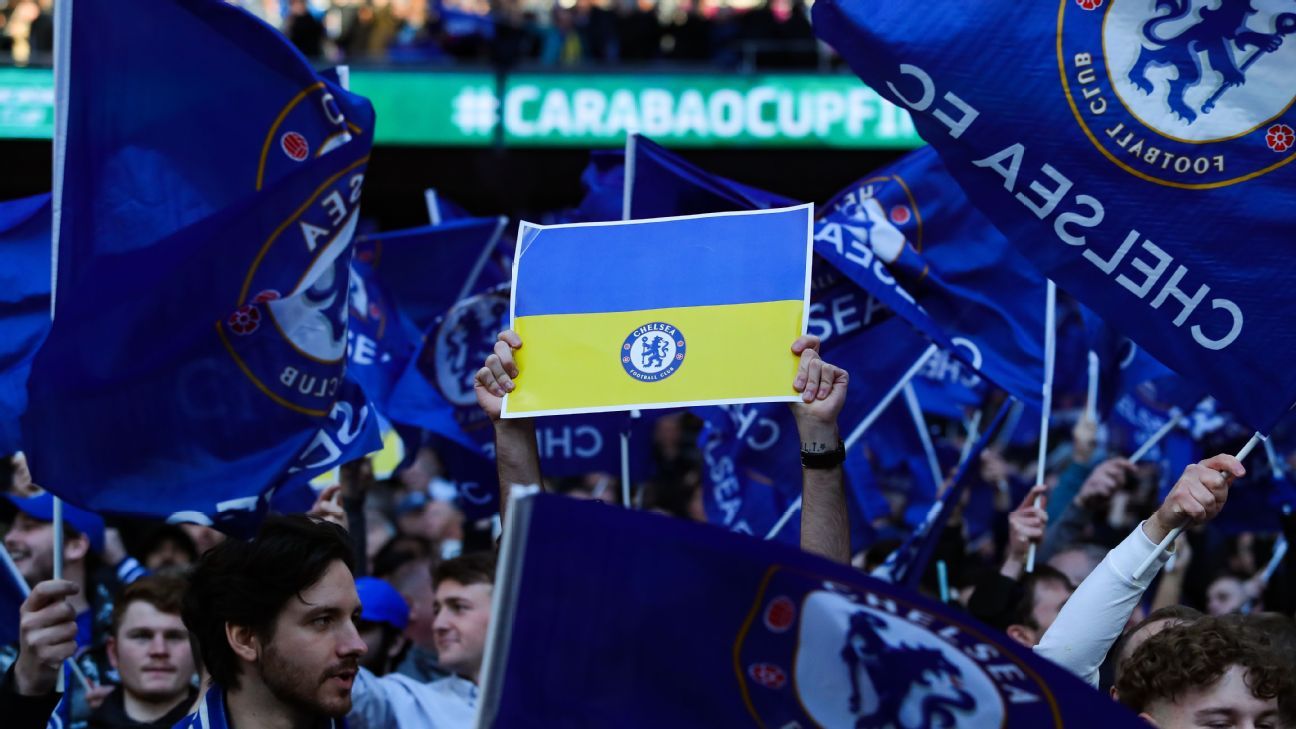 After the departure of Roman Abramovich from Chelsea, the team is for sale and a consortium led by the co-owner of the Dodgers appears to present an offer

A consortium led by the co-owner of the Los Angeles Dodgers, Todd Boehleywill present a formal offer to buy the Chelsea in the coming days, sources told ESPN.

Boehly is working with the Swiss billionaire Hansjorg Wyss and at least one other businessman to submit an official proposal before the March 15 deadline imposed by the New York-based firm Raine Group, which has been appointed to handle the sale.

Roman Abramovichthen owner of the team, announced his intention to sell Chelsea Tuesday night amid rising tensions between Russia and the West over the invasion of Ukraine.

The UK government has come under increasing pressure to freeze the assets of high net worth individuals with portfolios in England and, although Abramovich has always denied any links to the Putin regime, Labor MP Chris Bryant claims a leaked Home Office document from 2019 claims he is a person of interest.

Sources told ESPN what Abramovich wants at least £3bn to Chelsea And while there is still a chance he could be penalized, which could ruin a sale, Raine Group co-founder Joe Ravitch insisted there is no immediate urgency to complete a deal.

“We are not going to rush anything, it is very important that Chelsea have the right owner to guide the club forward,” Ravitch told the Reuters news agency.

A spokesman for Boehly did not immediately respond to the comment when ESPN contacted him, but sources suggested the consortium’s initial offer will be similar to the level the American was interested in when he explored the possibility of buying Chelsea in 2019.

Boehly had talks with both Chelsea and Tottenham at that moment.

It is believed that Boehlyestimated to have a net worth of £4.7bn, was willing to pay around £2.2bn for Chelsea at the time and sources said the consortium is skeptical whether he is worth much more. now despite Abramovich’s valuation given the circumstances in which he is selling.

Any UK government sanction resulting in the freezing of the assets of Abramovichas has happened with other oligarchs under the direction of the European Union, including the former shareholder of the ArsenalAlisher Usmanov, would make the sale extremely difficult.

Sources told ESPN that Raine received a surprisingly high number of inquiries about Chelsea and multiple offers are expected, something Abramovich hopes will drive the price up as negotiations continue.

“I think the fastest we’ve done is 10 days,” he told the Financial Times Business of Football Summit on Thursday. “That’s not to say the record can’t be broken.

“But normally it would take several weeks, and it all depends on the complexity of the deal and the number of potential owners.”

Abramovich has stated that he will not seek repayment of his £1.51bn loan and will donate the “net proceeds” from the sale to victims of the conflict in Ukraine.