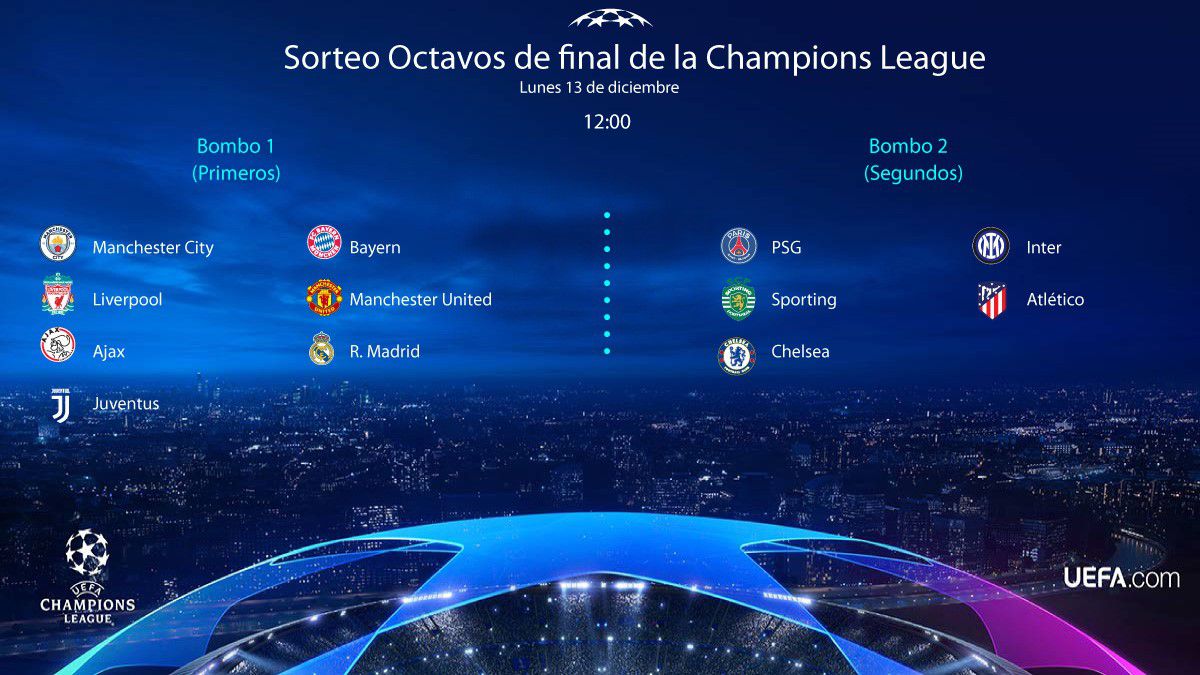 After the last day of the group stage on Tuesday solved the last two unknowns, in terms of the second classified of the groups B and D, where Atlético and Real Madrid were framed respectively, this Wednesday doubts are dissipating in groups E, where Barça is; F, in which Villarreal is framed; G, with the presence of Sevilla; and H. The three Spanish teams fight, as Atlético de Madrid did yesterday (they passed as second, with his triumph in Do Dragao), for being in eighths (The draw will be held on Monday, December 13 at 12:00 hours), since Real Madrid was already classified and got as first with his victory against Inter.

What is decided today and what should Barça, Sevilla and Villarreal do?

The second place between Barcelona and Benfica. Xavi’s men will be in the second round if they win or if they don’t and Benfica don’t beat Dinamo Kiev. At the moment, Barcelona is on its way to the Europa League because of Bayern’s precision in scoring Müller, Sané and Musiala. Benfica’s victory against Dinamo Kiev also breaks the other premise that placed the Blaugranas in the round of 16. The Ukrainians missed a clear chance and then the Portuguese went ahead with goals from Yaremchuk and Gilberto.

Discontinued. In the absence of a schedule for this Thursday, Atalanta-Villarreal has been suspended due to snow. If it is played tomorrow, for now, the second place between Villarreal and Atalanta. Emery’s men are worth winning or drawing against the Italians. Also the Europa League place between Atalanta (6) and Young Boys (4). Those of Gasperini will find the consolation prize drawing or losing if the Swiss do not win, who, for the moment, tie against Manchester United.

Everything to be decided. All four teams can pass or stay out. In short, they all depend on themselves. Winning gives them the pass and losing leaves them out. Not even Lille has any chance of falling through. But the tie is worth it, just like Salzburg. Sevilla and Wolfsburg will only be in the round of 16 if they win. For now, el Lille would go to the round of 16 thanks to the three points that are on the way to adding. The victory puts Salzburg into the round of 16 as Sevilla would stay in third place with this 1-0. Wolfsburg would be eliminated from Europe, but if they come back they will send the Hispanics out of continental football.

1- Points in the matches between the tied teams.

3- Greater number of goals in favor in the matches between the tied teams.

6- Greater number of goals scored away from home in group matches.

7- Greater number of victories in the group.

8- Greater number of victories as a visitor in the group.

What teams are already in the Europa League?

Which teams are eliminated from Europe?

How have the other five groups been?

The Manchester City He was already classified as first in the group before losing on the last day to the Leipzig, currently pocketed 61,995,000 euros and gets as the first of the group. The PSG will be the bogeyman of Pot 2 and 66,392,000 euros in their accounts. The third place finally went to him Leipzig, who will play the Europa League. The Witches, out of Europe.

The cabal were fulfilled. The parties in Port Y Milan They did not start well for the rojiblancos interests, but in the end the results were met so that the Athletic is in the round of 16. Klopp’s men traced the match in San siro and Atlético fulfilled in Do Dragao. The Port in the end he got into the Europa League and the rossoneri they were left out of Europe. Now Atlético has on the horizon Bayern Munich, Manchester City, Manchester United or Ajax already confirmed among his possible rivals, of which two are not yet known. This Wednesday group H was resolved, from which another possible Atlético adversary will come out in that round that could be the Juventus after Chelsea drew against Zenit. And group G must also be solved, where there may or may not be a rival for Atlético (they may be Lille, Salzburg or Wolfsburg).

This group was decided before this last day was celebrated. The Ajax sneaks, by far, into Pot 1. The Sporting goes to pot 2 and the Borussia Dortmund from Haaland, to the Europa League. The Besiktas, out of all competitions.

The Madrid With the victory against Inter, he is classified in Pot 1. He pocketed 74,824,000 euros for getting into the round of 16. In principle, avoid the main coconuts in the second round: City, Liverpool, Bayern or Manchester United. But yes, a hypothetical full Spanish in the eighth of the Champions League could harm Madrid because as Barça, Sevilla and Villarreal qualify as second, like Atlético, the white team could only face PSG, Sporting or Juve or Chelsea, who have lost group leadership. The Inter is classified as second and the Sheriff, to the Europa League. The Shakhtar is eliminated from Europe.

Group H was decided in the last minutes of the first half of the day on Wednesday. Ozdoev scored the goal that overturned the group in the 94th minute of the match between Chelsea and Zenit in St. Petersburg. The goal was key for Juventus, who will enter the round of 16 as the first group. The current European champion will become another of the coconuts of the second hype. Zenit will go to the Europa League after ‘complicating’ Chelsea and Malmöe had already been eliminated on this day.

How are the drums set up right now?

The first of the group are guaranteed their status as heads of series. Group stage closed in groups A, B, C and D, Manchester City, Liverpool, Ajax and Real Madrid are in pot A next to Manchester United Y Bayern. This Wednesday, in group H the Juventus Y Lille, Salzburg, Seville or Wolfsburg, for group G. The only two determining factors in the round of 16 draw is that teams that have been in the same group in the group stage cannot face each other, nor can teams from the same country.

In the absence of the matches at stake, Real Madrid could face two of the coconuts from the second pot: Paris Saint-Germain and Chelsea. The other possible rival for the whites will be the Sporting from Portugal in addition to the second to leave group G, unless it is Sevilla. At halftime, it is RB Salzburg. Atlético de Madrid and Inter cannot fall as they are from the same country and the same group.

To the Athletic they could touch him Manchester City, Ajax, Juventus, Bayern or Manchester United in addition to the first to come out of group G. At the moment, it is Lille. Real Madrid and Liverpool could not be their rivals as they are from the same country and have coincided in the group stage.

When is the draw for the eighth of the Champions League?

The UEFA Champions League round of 16 draw will take place at UEFA headquarters in Nyon, Switzerland, on Monday 13 December at 12:00. The so-called rule of the value of the goals in the opposite field has been eliminated, so if the qualifiers end tied after 180 minutes they will go to extra time regardless of the number of goals scored by each team at home and away. If the teams do not tie the tie after the extra 30 minutes, they will go to the penalty shoot-out.

Champions League: teams classified to eighth, groups, options and when is the draw