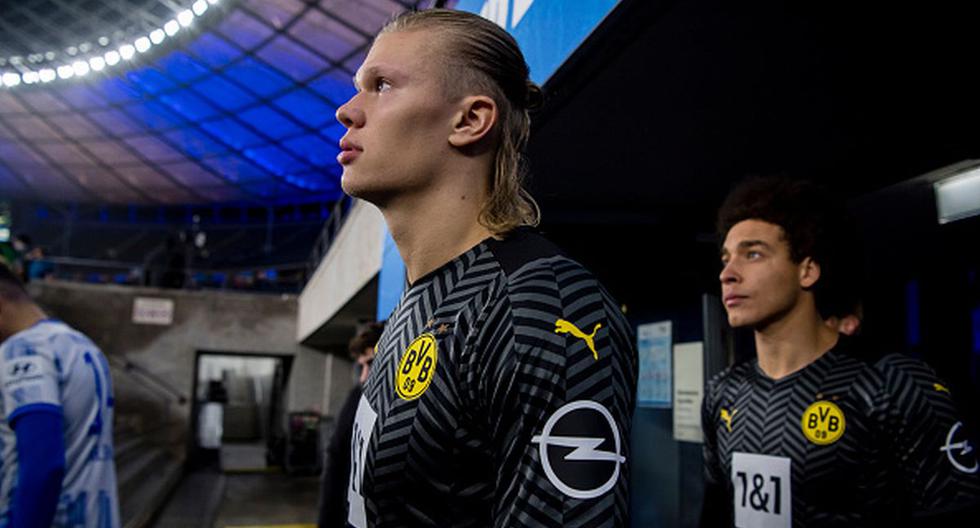 Real Madrid has become in recent weeks the best positioned club to sign Erling haaland. In fact, from Dortmund they confirmed that the Chamartín institution is following in the footsteps of the young Norwegian scorer. The money in the white box is not a problem, but the possible consequences in the squad once the Nordic is signed. One of them has to do with the continuity of Karim Benzema, who would seek new airs by not being willing to share minutes with the new ‘galactic’ of the president Florentino Pérez.

As reported this Friday by the Spanish newspaper El Nacional, the French striker and current scorer of LaLiga Santander (15) He understands that the arrival of Haaland as the new center forward would take away his prominence and minutes of play, something that he would not be willing to bear.

Despite his 34 years, Benzema believes that he can still give good performances with the Madrid shirt and does not quite understand the arrival of the Nordic, who would sign with the Spanish team for more than 100 million euros and in exchange for five seasons.

Such a situation would push Benzema to seek another destination as of mid-2022. Although he has a contract until June 2023, the Frenchman would force his departure a year earlier if he ceases to be the undisputed starter due to the arrival of Haaland.

Always according to the aforementioned source, Benzema’s pressures have already reached the ears of Carlo Ancelotti, who would have advised Florentino Pérez to better study the pros and cons of signing Haaland, especially when the white team has Kylian Mbappé within reach.

“Haaland would go to Madrid to start and Benzema considers that it is too early to look for a replacement, so he would be willing to look outside Madrid for a last great contract in his career. And this could be back to France, where he came from more than a decade ago after shining at Lyon. And this great contract would be offered, of course, by PSG “, publishes El Nacional.

Along these lines, the PSG sheiks plan to sign Zinedine Zidane as coach and Benzema as the replacement for Kylian Mbappé. In this way, the French team would return to Real Madrid the dagger that would mean taking ‘Donatello’ to the Santiago Bernabéu in mid-2022 and without paying a single euro.

According to the Transfermarkt portal, a site specialized in soccer player appraisals, Karim is valued at 25 million euros. In addition to being a center forward, the France international has the ability to play as a winger on the right and left wing.

‘Cataclysm’ at Real Madrid if they sign Erling Haaland: Ancelotti warns Florentino about an escape