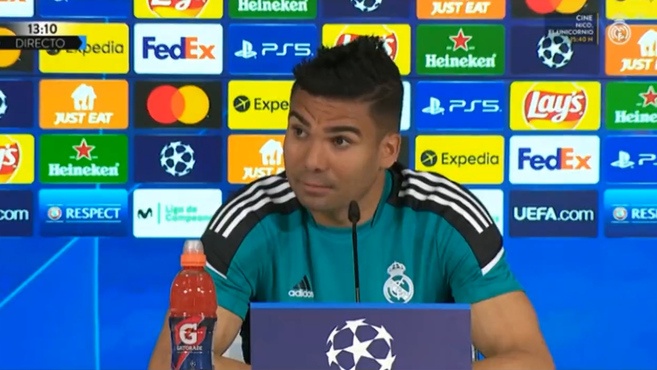 Casemiro analyzed the duel against Chelsea in the run-up to the second leg of the Champions League quarter-finals.

“Only the goals have changed. He has taken an incredible step. The rest remains the same. We see everything he does day by day. It is the history of this club, an honor to have him by our side and our most important player right now”.

“It is respect for them and the opponents. Everyone wants to defend what is theirs, but always with respect, the values ​​that my mother gave me. We fail passes, they in some decisions, but we want the best for what we do. what happens on the pitch stays there. I shouldn’t get cards for protests, it’s my mistake, more so because of the match against Sevilla. Sometimes it’s difficult to contain yourself on the pitch”.

“We are not going to count our weapons so as not to feed the rival. We are not famous at all, even though we played the best 90 minutes of the season there. To be tough, we need our people”.

“Everyone has their opinion. This is Madrid, the biggest club in the world and the most demanding in the world. Our focus is one: win titles”.

“That’s for the master, who understands a lot about this. We all want to play and win.”

“It happens with everyone. We have a great squad, as has been shown.”

“Here you have to win everything. Anyone would sign it when they started. Now the most important thing remains.”

“We cannot trust anything, no matter what Tuchel said. He is the current champion. We need the fans. The key to everything is the shield, winning when nobody believes it. As they say: until the end, let’s go Real”.

Casemiro: “When a player like Bale is called, the history of this club is called”