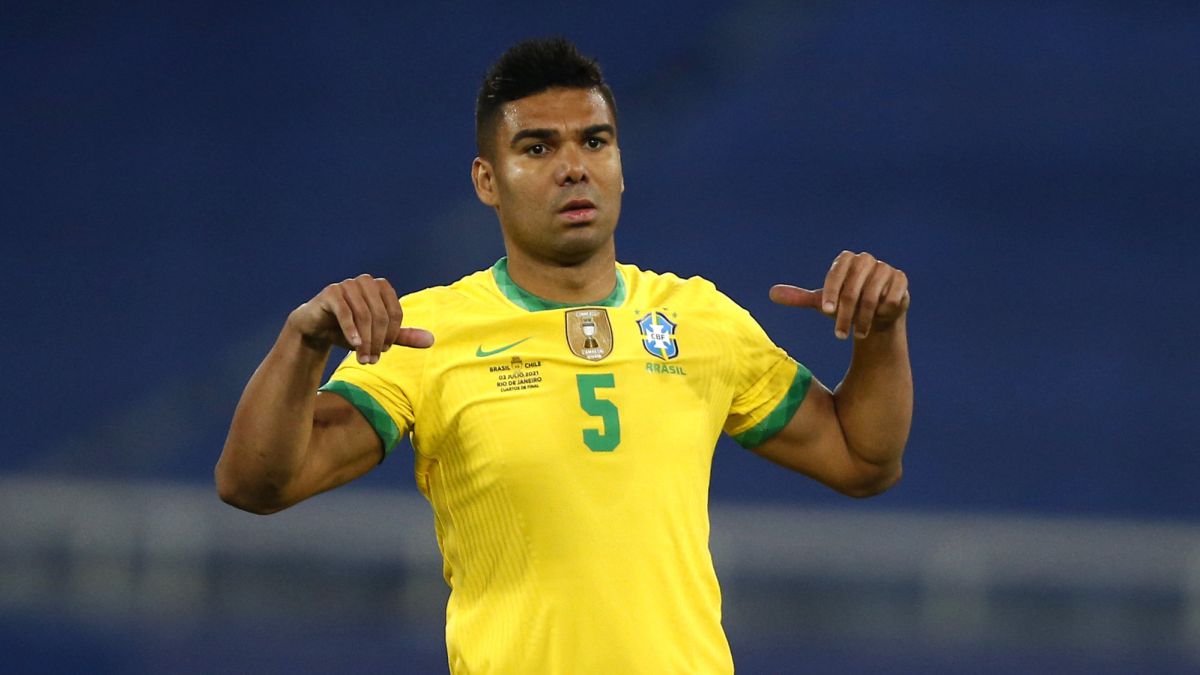 Casemiro-Yotún-De Paul. Those three men are for the CONMEBOL the best midfielders in the America’s Cup 2021 won by Argentina. And it is that even though the Brazilian Selection could not win the trophy, Casemiro has proven to be one of the best footballers of the tournament and his inclusion in the ideal eleven of the tournament proves it.

The white midfielder has been a key player for Brazil for several years. Tite and this edition of the Copa América has not been the opposite. Of the seven games that the Rio de Janeiro national team has played, Casemiro has played a total of six, five as a starter and completing every minute. In the Brazil-Peru (4-0) of the group stage, the Brazilian coach gave him rest and in the last game of the league against Ecuador (1-1) Casemiro came out in the second half. The Brazilian coach has measured the minutes of a player who is essential in the team’s midfield. Throughout this tournament, Tite has changed the drawing between 4-2-3-1 and 4-3-3, but Casemiro has always remained the central midfielder. The same has happened with his companions, while Tite did not give a fixed role to Fred, Fabinho or Packet, Casemiro has always been in the important matches: has played every minute of the knockout matches. He even managed to score the winning goal in the 90th minute of play in the group stage match against Colombia (2-1).

The other two Madridista members of the Brazilian team, Militao Y Vinicius, They have not played as many minutes as the midfielder. Although it is true that Militao has alternated the ownership of the first matches with the substitution of the qualifying rounds, Vinicius He has not played any games as a starter. All his minutes played have been as a substitute in the four games in which Tite gave him a chance. Valverde, another of the madridistas who have played this tournament with UruguayYes, he was an important footballer for his team. The midfielder played every game as a starter until the Uruguayan Selection she was eliminated in the quarterfinals against Colombia on penalties (0 (2) – (4) 0).

The eight representatives of Real Madrid in the European Championship (Courtois, Hazard, Kross, Varane, Benzema, Modric, Alaba and Bale), on the contrary, they have not achieved the same performance as Casemiro. None of them appear in the ideal eleven of the Eurocopa recently disputed and in which the young Spaniard does appear Pedri. Of the white footballers, Hazard and Courtois were the ones who traveled the furthest in the tournament: they reached the quarter-finals in which champion Italy won them 1-2. So already waiting for what they do the white footballers summoned by their national teams for the Olympic games (Asensio, Ceballos, Vallejo and Kubo), Casemiro has shown this summer that he maintains his high level and that next season will continue to be key both for his club and for his national team.

🤔 Do you agree with them?

🗳️ Remember that in AS we are choosing our own ideal eleven with the collaboration of the readers. Vote your favorite players! pic.twitter.com/LTW2hCPsHU