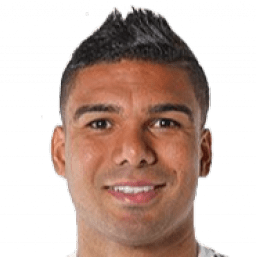 Carlos Henrique Casemiro, at 30 years old, is in a state of fulfillment. Personally and professionally. The 14 of Madrid has conquered the 14. His fifth Champions League within that privileged club (which he shares with Carvajal, Benzema, Nacho, Modric, Isco, Bale, Cristiano or Marcelo) and which is only one European Cup away from Gento’s legendary record. The Brazilian attends AS to leave some reflections on that personal record and collective that will only be valued as it deserves over time. “This team is from a movie. Winning five Champions Leagues in the last eight years only has one definition: making history”comments the defensive wall of Ancelotti’s team, as it was before with Zidane in the three Orejonas won in a row in 2016, 2017 and 2018.

And that the path was not easy for ‘Case’ at the start of this almost unrepeatable era. In his first European Cup, the Tenth, his presence was almost testimonial. In fact, in the Lisbon final against Atleti he did not play a single minute. But in the quarter-finals he had a key role in Dortmund against Lewandowski’s Borussia. The Germans besieged a frightened and physically inferior Madrid. Illarra looked outmatched and Ancelotti replaced him at the break. But the bleeding continued and Carletto he took out the young Casemiro in the last 20 minutes. His presence was key to stopping the waves of the Germans and he cut four balls in the midfield that were definitive to consummate the pass to the semifinals. There it began to be seen who was going to be the Brazilian panzer. That same summer he went on loan to Lopetegui’s Porto, given that Ancelotti was honest with him and told him that he would only have a few minutes. But Casemiro spares no praise for the Reggiolo coach: “Ancelotti is an example in everything. Everything good that happens to him deserves it. He has an infinite illusion for Madrid ”.

What nobody can take away from Casemiro, who has a contract with Madrid until 2025, is the pride of belonging to an iconic trident that is already part of Real Madrid legend. When he talks about the three of them he gets emotional: “Florentino calls us ‘The Three Tenors’. Kroos, Modric and I have earned the right to be remembered for many years.”. Effectively, the three add 15 Champions (5 Casemiro, 5 Modric and 5 Kroos, although one with Bayern) and that adds up to almost 100 years (98 between the three).

‘case’ he came to Madrid from Sao Paulo as a youth player after playing his first six months here at Castilla, from January to June 2013. Time in which Mourinho already made him debut in the first team in a match with Betis at the Bernabéu. He knows La Fábrica and that helped him imbue himself with the grassroots Madridista spirit. That is why, when he talks about the incredible comebacks carried out by his team against PSG, Chelsea and Guardiola’s City, culminating in the great victory against Liverpool in Saint-Denis, he expresses the key to this triumphant club: “Madrid can never be left for dead. This shield alone takes you to the impossible.”

That’s why his final conclusion of what happened in this magical Champions (title that AS has put in the book of the 14 that will go on sale in newsstands this Sunday) is demanding on the merit of this dressing room and this coaching staff: “This Champions won in Paris will be remembered for life. It is the most wonderful European Cup ever told.”. Casemiro’s word, champion’s word.

Casemiro: “Only this shield takes you to the impossible”