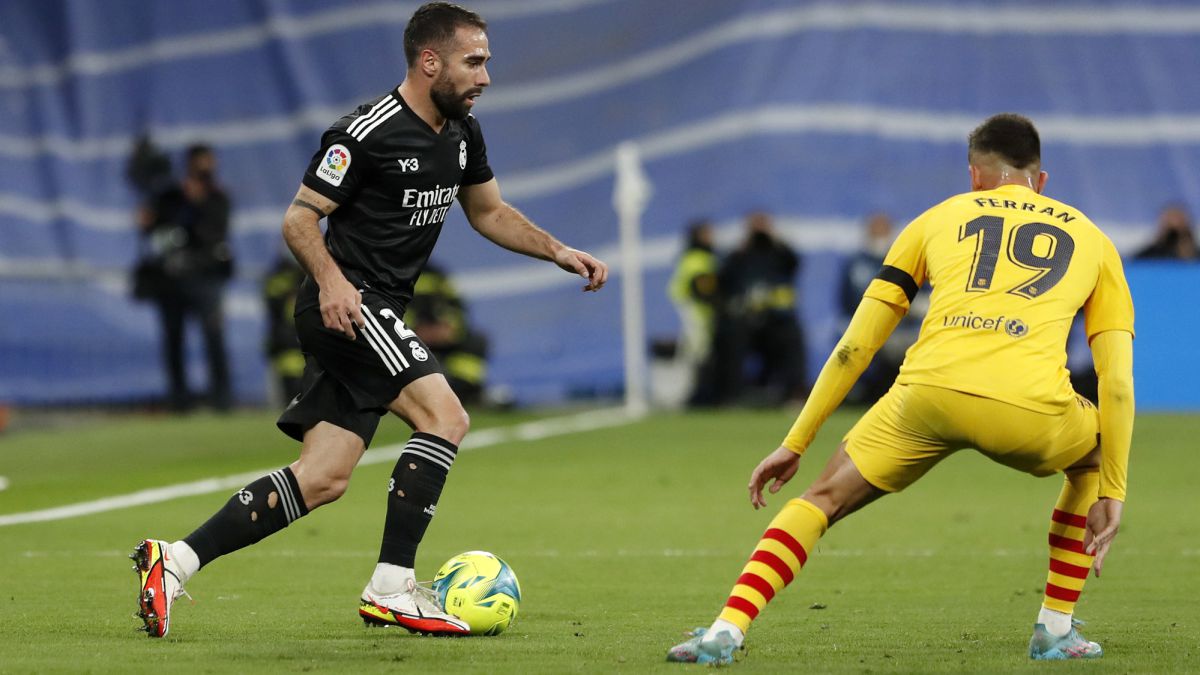 Dani Carvajal (30 years old) did not have a good night against Barcelona. The Madrid winger was relieved at half-time by Carlo Ancelotti. It is true that this is not being his best season: he has participated in 26 games between all competitions, but between muscle injuries and suffering from Coronavirus they have caused him to miss 11 games. With a contract until 2025, his last performances have not been those of that winger who was chosen as the best right defender in the Bundesliga in the 2012-13 season.

Against the azulgrana he was seen nervous from the beginning, losing balls and being overtaken by Ferran Torres from the very beginning, something that led him to have problems getting the ball out, giving possession of the ball to the azulgrana (some in quite delicate areas). He was also not precise when it came to finding the best positioned partner. All this compendium of errors motivated Ancelotti to relieve him at the break. But the worst came at the end of the match…

A publication by Jordi Alba, his teammate with whom he will meet again these days in Las Rozas to prepare for the next matches of the National Team against Albania and Iceland, celebrating the Barça victory in the away dressing room at the Bernabéu and Dani’s 400 games Alves as a Barcelona player, was tagged with a ‘Like’ by the Madrid side’s account in Instagram (the account that appears with his name is his official account), something that did not sit well with many Madrid fans, who criticized the fact. Shortly after, the ‘Like’ of the Madrid player disappeared…

Carvajal is looking for a mess