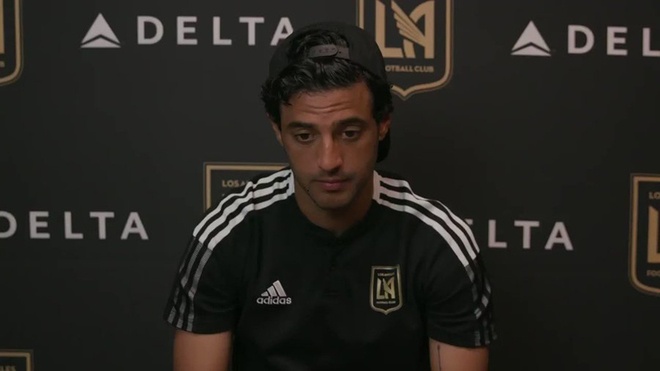 MLS 2021 The forward regretted the situation in which LAFC lives

ANDl LAFC continues to add games without winning and against Atlanta United He reached his sixth game without adding three points, a situation that has Carlos Vela tired.

Vela spoke to the media at the end of the match and He asserted that he is annoyed that the results are not given to the team, despite the efforts they make in each game.

“It is very difficult to be positive when you lose a game, for me it was a very close match. We had opportunities and options to seek the goal. Honestly, I don’t like losing so much and I’m getting tired of losing, we have to change this situation and keep working. “

The captain of the Black and Gold highlighted that the team will seek to get out of the situation he’s in and have a playoff spot.

“This club does not like to be in this position and the only way out This is worked together as a team because when you win, you score and everything goes well, everyone is happy, but now we have to be ready for the next game and fight for the playoffs. “

Vela accepted that the team is not at its highest level, but that will not make excuses in the season.

“It is clear if you do not win games, it is because people are not at their best level, they are not at 100% and this is being noticed when winning games. You don’t have to look for excuses, you just have to look ahead, you have to work and do your best to find a new opportunity to win and put ourselves in the position that the club deserves. “

Personally Vela mentioned feeling frustrated and angry, but that does not distract him from seeking to improve the team.

“When you don’t win, you are bad, frustrated and angry, I’ve been through those moments throughout my career and that’s when the team and the important players really have to come out to get out of this situation and look for the next game to seek victory.