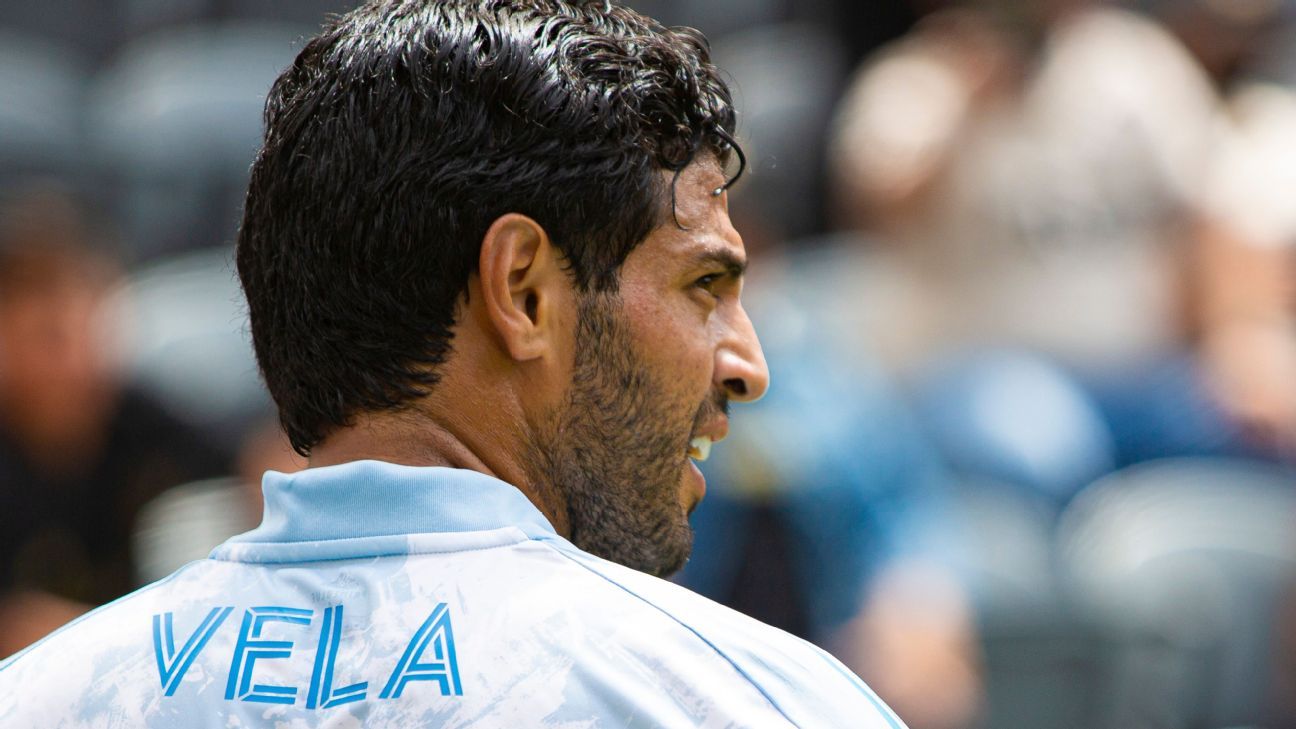 Carlos candle It has become an important piece in the soccer of the city of Los Angeles. The bearer of the ’10’ of LAFC, appears in billboards, commercials and even murals in the city. However, his future with the MLS franchise is up in the air. LAFC has exercised the Mexican forward’s contract option for 2022, which means that Vela would remain a player for the aurinegros for at least six more months. This is because it is the time remaining on his original contract, but if an agreement is not reached for its extension or transfer, Vela could be a free player in the summer.

Next, we review key points of the impact of Vela in Los Angeles.

First hiring of the club

Carlos Vela was the first contract in the club’s history. LAFC debuted in MLS for the 2018 season, but a year earlier, in the summer of 2017, the Angelenos announced Carlos Vela as their first Designated Player.

“They made me feel like an important player, you can’t always say that you were the first hiring of an institution,” Vela said a couple of years ago at a press conference.

Carlos Vela is the highest paid player in all of Major League Soccer. According to the salary list published by the MLS Players Association, Vela earns $ 6.3 million a year. His compatriot follows him Javier Hernandez who earns six million.

LAFC is not the same without Vela

It is a reality that when Vela is not on the court, the team’s performance is not the same. Between 2018 and 2019, Vela scored 48 goals in 59 matches of the regular tournament, helping his team to be in the foreground. Later, injuries slowed the performance of the Mexican forward.

After the dream tournament in 2019, when Vela was crowned the Most Valuable Player in the American league, the 32-year-old attacker has not been able to be 100 percent. In 2020, Vela stayed away from the courts for a long period due to a knee injury, while in 2021, it was a quadriceps muscle injury that prevented him from being with the club full time. In the last two years, he only participated in 27 games, 19 as a starter and scored nine goals.

“(The balance is) negative. I am a very sincere, honest person. I don’t hide in bad times. This year was not what was expected on a personal level, on a collective level. People expected more from me, my colleagues expected more from me. Obviously, you leave upset with the season because I couldn’t be there when the team needed me, ”said a frustrated Carlos Vela after the loss in Colorado during the last regular season game.

In search of technician

The style of play that LAFC managed to establish in its first four seasons of history, was largely due to the work of the coach Bob bradley. The employment relationship between the American coach and the Los Angeles club ended at the end of the tournament, so the aurinegros are in search of the new helmsman. Bradley always made it clear that the sports project was largely based on putting together a team around Carlos to tuck him on the field, as he represented the ideology of dynamic and exciting soccer that they intended. The club is in a delicate process to determine its immediate future, both in technical direction and with the continuity of its top star.

“I am happy here (in Los Angeles), I have a lot of affection for the club, the fans, everyone, but it is not just my decision. We have to be happy in both parts and that the conditions are what each part is looking for. It’s that simple, ”Vela shared a month ago regarding his future.

The choice of the strategist could have a direct impact on the immediate future of the Mexican or vice versa.

“The team is made up of a very particular mix that requires a technician capable of managing someone, for example, like Carlos Vela, who is a star, but at the same time he can teach, train and instruct players with great potential who are in the early stages of their careers, ”LAFC co-president John Thorrington said in an interview with mlssoccer.com.

Carlos Vela is the captain and the experienced voice in the LAFC locker room. After his career in European football at club level and his experience with the Mexican National Team, Vela has had great experiences within this sport. The average age of Angelenos is around 23 years old, so it was natural that they would turn to see Vela as a leader. Wrapped up by promising players like Diego rossi, Brian Rodriguez, Eduard Atuesta, Jose Cifuentes or Latif Blessing, LAFC had its best season in 2019, setting at the time the mark for the most points in a single season in MLS with 72 (just broken by New England 73).

The aurinegros are in a moment of transition, since several of those young players will no longer be in the team. Eduard Atuesta has signed for Palmeiras in Brazil, while Diego Rossi left for Turkey mid-season, to name a few. Despite this, the club still has young, highly talented elements.

Hierarchy in the club

When LAFC signed Carlos Vela, it did so knowing that he was a player who would appeal to the local market, but also a footballer who would bring exceptional talent to the idea of ​​the game they were seeking to develop. The bet proved to be the correct one when a special ideology was immediately embodied on the field. Regardless of what happens, there is no doubt that Carlos Vela will always have a very special place in the history of the institution.