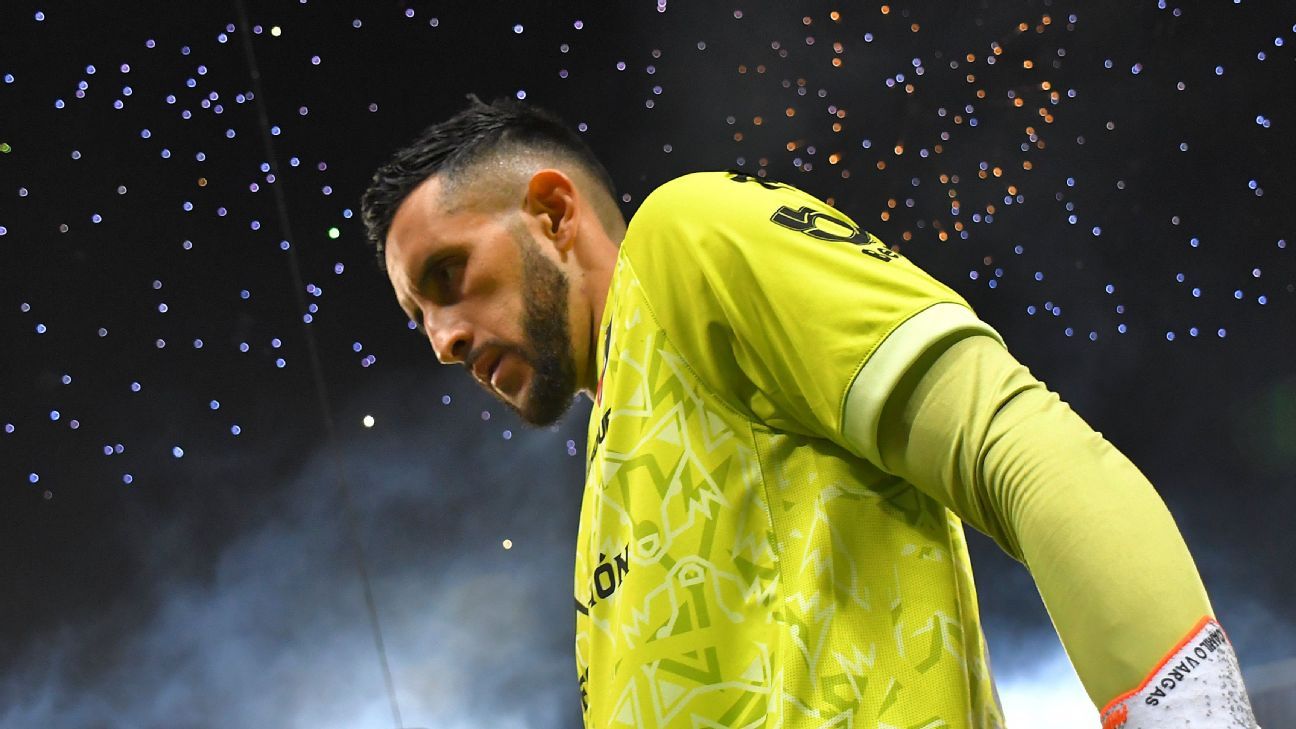 Colombian journalists recall that the former technical director of Tri preferred the Atlas goalkeeper over Franco Armani, when he directed Atlético Nacional

The life of the goalkeeper Camilo Vargas went from being a ‘whim’ of the former helmsman of the Mexican team, Juan Carlos Osorio, in its passage through the National Athletic, to become the hero of the Mexican soccer champion, Atlas of Guadalajara.

The goalkeeper of coffee origin was led by his compatriot Juan Carlos Osorio at Atlético Nacional and in 2015, during the coach’s first stage with the King of Cups, he put Camilo Vargas above Franco Armani, which the fans did not like at all.

The Colombian journalist, Esteban López, recalled: “Camilo arrived at Atlético Nacional at the request of Juan Carlos Osorio, because he needed a goalkeeper who could handle his feet well. At that time there were also Franco Armani and Cristian Bonilla, two well-known goalkeepers in Colombia. … Osorio preferred Camilo over Armani and the fans didn’t like him very much. “

Added the journalist from Munera Eastman Radio, from the City of Medellín: “Camilo is a very apathetic person with the press, he did not get on very well with the fans. Once he was called, he did not arrive at the press conferences … He had a difficult moment in National AthleticI’m telling you because he came from being an idol in Independiente and came to the biggest team in Colombia, where it was thought that it was going to be David Ospina’s great competition in the national team. And it still is, but in that time his career went a bit under the knife. “

However, he stated that in his passage through National Athletic “The fans didn’t want him; the managers may have supported him, they may not. And suddenly he asked to leave.”

For his part, the journalist Diego Saviola, from Sports Without Confinement of the radio in Cali, he also spoke to ESPN Digital about Camilo Vargas and he stated: “Almost all the goalkeepers of the Colombian National Team are from Valle de Cauca, as Oscar Córdoba or Miguel Calero were at the time. Camilo Vargas is the only goalkeeper from Bogotá in recent times in the national team.”

He referred to Vargas as “a flying archer saves penalties”, in addition to highlighting that the fans of Deportivo Cali, where Camilo lived two stages of his career, remembers him with great affection, especially at that moment on March 3, 2019, when “Cali was losing at home 1-0 to Millonarios and Camilo scored a header, for a final draw at one goal.”

“That time he was the hero of the night, he came out on his shoulders, going around the entire stadium … He had already done it before in a Clásico in Bogotá, playing for Santa Fé, also incidentally against Millonarios. We saw the game against León and we see that he has improved in the exits with his feet, which is something that was difficult for him here “.

IT WAS ALWAYS ‘CRIMINAL CATCHERS’

Juan Fernando Mejía, currently director of the Colombian Soccer Federation and director of Deportivo Cali in the goalkeeper stage of the champion Atlas of GuadalajaraHe stated: “Camilo is a reference and an idol of our institution, he was the captain when he went to Mexico. He supported us immensely. He is a very chemical and very familiar person.”

He said that in his role with the FCF, he has shared with Camilo Vargas the World Cup qualifying rounds and that “when he had to play for the national team, he did very well. Finally, he is with David Ospina, who is a personal friend of his; they support each other a lot. He is one of the great leaders in the team. selection”.

He came to the defense of Camilo Vargas, by maintaining that “he has prudence and a lot of respect for the media, he does not like the leading role very much … I do not understand very well that story of the journalists.”

On whether the red-and-black goalkeeper will arrive in Qatar next year, he hastened to answer: “That is a question for the coach, it is not my place to say it. What I have clear is that Camilo is one of the starting goalkeepers of the Selection of Colombia. Normally they are Camilo Vargas and David Ospina, and the third one has been Andrés Mosquera “.

Juan Fernando Mejía also recalled that goal from Vargas to Millonarios and decreed that “he also covers penalties, as he did in the Atlas final. In a penalty shoot-out that we had in the South American Cup, he was the protagonist, covering penalties in two games and That helped us to move forward in the tournament, “he concluded.

Camilo Vargas, from ‘capricho’ by Juan Carlos Osorio, to hero of the Atlas