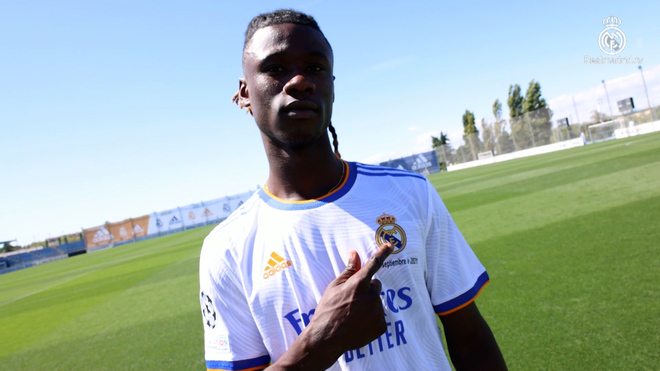 Eduardo Camavinga He is only 18 years old and has a major challenge ahead of him: imposing himself with his age and in the midfield of Real Madrid, a line where the tyrant of Kroos, Modric and Casemiro a good number of players have been taken ahead, either they were signed or they came from the quarry.

There are the cases of Illarramendi, Sahin, although these did not coincide with the current core, Ceballos, Odegaard or Marcos Llorente himself. The only player who has at least managed to put the old guard in trouble has been Valverde. Without being the undisputed starter, the Uruguayan has had moments in which he has been key in the core and will continue to be with Ancelolotti.

Another midfielder who managed to start in midfield but who nevertheless cannot be said to have signed a long career in the white club full of successes is Sami Khedira, the same as Mesut zil, another headline that ended up walking out the back door to the Arsenal.

So Camavinga’s double challenge is be part of the Madrid eleven and also spend many years wearing the white jersey. That is something that so far, of all the reinforcements that the club has been acquiring in recent years for its core, only Casemiro, Modrc and Kroos have achieved.

Camavinga, meanwhile, has opened up to play in any position in the midfield. The normal thing, apparently in his last season at Rennes, is that he competes for a position with Kroos and Modric, who will also be two of the players who have to dose the most throughout the season, although the German has already resigned this season from the German national team.

But in French he has already made it clear that his presentation that he is comfortable playing ahead of defense and in that position Casemiro has not had a spare these last few years. The white club has bet this year on the white youth squad to double the Brazilian. In Madrid, what they have followed him for two years, are also convinced that it can be an alternative to Casemiro.

Camavinga comes to Madrid with enthusiasm and to contribute his great physical waste and quality. Ancelotti knows that the Frenchman can score goals because he arrives with danger but his back and forth game allows him to sacrifice a lot in defense and his figures in recoveries with Rennes are also good.

Another point in favor of Camavinga, Despite his youth, it is that he has already been shot since he started the season with Rennes and has been with the French U21, so He may have minutes until this Sunday against Celta.