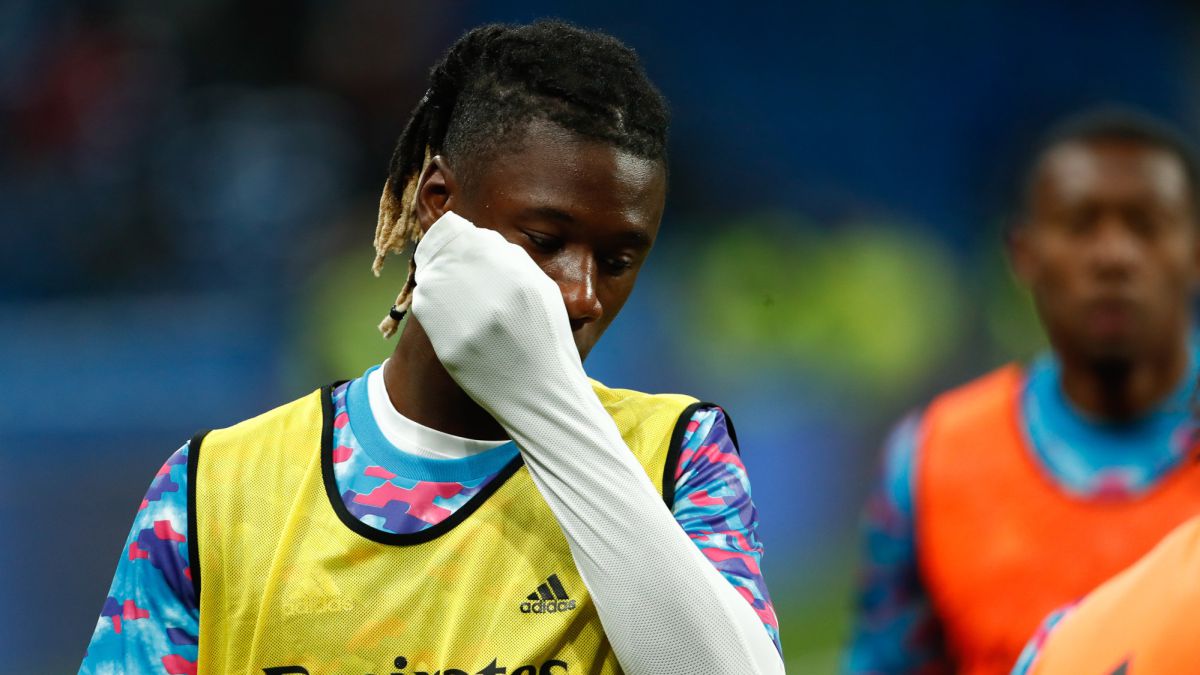 Eduardo Camavinga arrived at Real Madrid by surprise at the closing of the market. What seemed like a final summer idyll has turned into an arduous process for the club and the player, who are aware that there is still growth ahead. The already French international has mixed good performances with games in which he has been somewhat overwhelmed. Ancelotti is concerned about his lack of control, that he goes to the limit in actions and that it is usual for him to receive yellow cards. Despite the fact that he arrived with an exciting poster, the best version of him is still awaited. At the moment, the Italian coach does not trust him to replace Casemiro nor has he given him too many starts to give oxygen to the running trident: Casemiro-Kroos-Modric. There is no doubt about its potential, at least in entity and fans, but there is some buzz in the international press.

Specific, Four Four Two magazine has drawn up, as every year, the list of the 50 best young people in the world at your discretion. Those under 20 years of age appear in the ranking and can repeat their presenceregardless of whether they have already been present seasons ago. Camavinga, last season, ranked seventh as a Stade de Rennes player. There, she shone more in her stride, in driving and with a leading role. Here, of course, she did not start with those stripes, because of the considerable increase in competition. However, there are nuances in the study of the British environment. This year, he ranks 13th. That is, he goes from 7 to 13, despite the fact that he has more experience and Madrid has knocked on his door.

In the description, they praise his figure: “He plays like a veteran midfielder, as if he were the son of Pogba and Kante, with incredible intensity and a hunger to cover every blade of grass.” Although they also leave a but: “The movement of Real Madrid felt that it was soon, but inevitable”. Namely, the magazine points out that his signing for the merengue club has only slightly stalled a projection that aimed high. And she continues to do so, although not in the same way. Perhaps there is a feeling that it is logical that his position in the ranking has stagnated in question for the mere fact of having reduced his minutes, but it doesn’t happen like that with other footballers.

Ansu Fati was the best last year and now he occupies the third place on the podium. Despite the fact that he has barely been able to play a handful of games from the first ranking to this, Four Four Two continues to fully trust the Blaugrana youth squad. Ahead of Camavinga the leader also sneaks in Bellingham (Dortmund), Pedri (Barcelona), harvey Elliot (Liverpool), jamal musiala (Bayern), Gavi (Barcelona), Fabius Carvalho (Fulham), Endrick (Palm trees), florian wirtz (Bayer Leverkusen), Ryan Gravenberch (Ajax), valentine Livramento (Southampton) and Youssoufa Moukoko (Borussia Dortmund).

There are no other madridistas apart from Camavinga, although there are several names that have already been mentioned in the Bernabéu offices with a view to strengthening the team in the future. Wirtz or Gravenberch, on occasion, have been in the limelight. Like Fabio Carvalho, on the white horizon after Liverpool failed to close his contract the last winter market. Of course, he hopes to do it in the summer and Klopp already slipped that the agreement was really advanced. Endrick also responds to that pattern and its meteoric rise is especially surprising. His starring role in ‘Copinha’ has placed him, at 15 years old, as the eighth best young man on the planet for the magazine. It is still early to know how far he will go, although at the Bernabéu they are always working on the ‘what if’. For the moment, the kid leaves everything in the hands of his representatives, as he confirmed in an interview with AS.

The best young people in the world for ‘Four Four Two’

The fury of Camavinga

Real Madrid always works with enough foresight, before the publication of these rankings. Of course, He was already looking to the future with Camavinga and, therefore, was able to anticipate a strategic operation that could revolutionize world football in a few years. The Frenchman came as a message of hope, while Mbappé was longed for. One of the best youngsters on the planet appeared, a star talent, who had debuted with the world champion when he had just come of age. He made his debut against Celta at the Bernabéu and scored after 24 minutes. Ancelotti began to put him as a regular substitute and against Espanyol he made his debut in eleven. The provisional defeat of Madrid and the yellow that he carried behind his back, made ‘Carletto’ change him to rest.

Unprecedented in the Clásico, he returned to eleven against Osasuna… and the same thing happened: a yellow card half an hour into the match and the feeling of dangerously flirting with the second took him to the bench before the start of the second half. That is when he became ostracized. He was in the eleven against Rayo Vallecano, but he got used to testimonial minutes or full substitutions. The Cup gave him some extra options, as he alternated magic with wildness. No one doubts its quality. He is a technician, unique in movement, he steps on the ball, hides it, distributes it, he is powerful, nothing can be blamed on him in defensive commitment. There is always a quiz that changes the variable: he plays so close to error, in both fields, that he needs much more time than Madrid has to be more of a guarantee than talent to exploit. He one of the best youngsters in the world, in 2021 and 2022. A player who is still in the process. Meanwhile, he attracts and repels in equal parts. Are there less expectations with him? Be that as it may, such charisma can only go up.