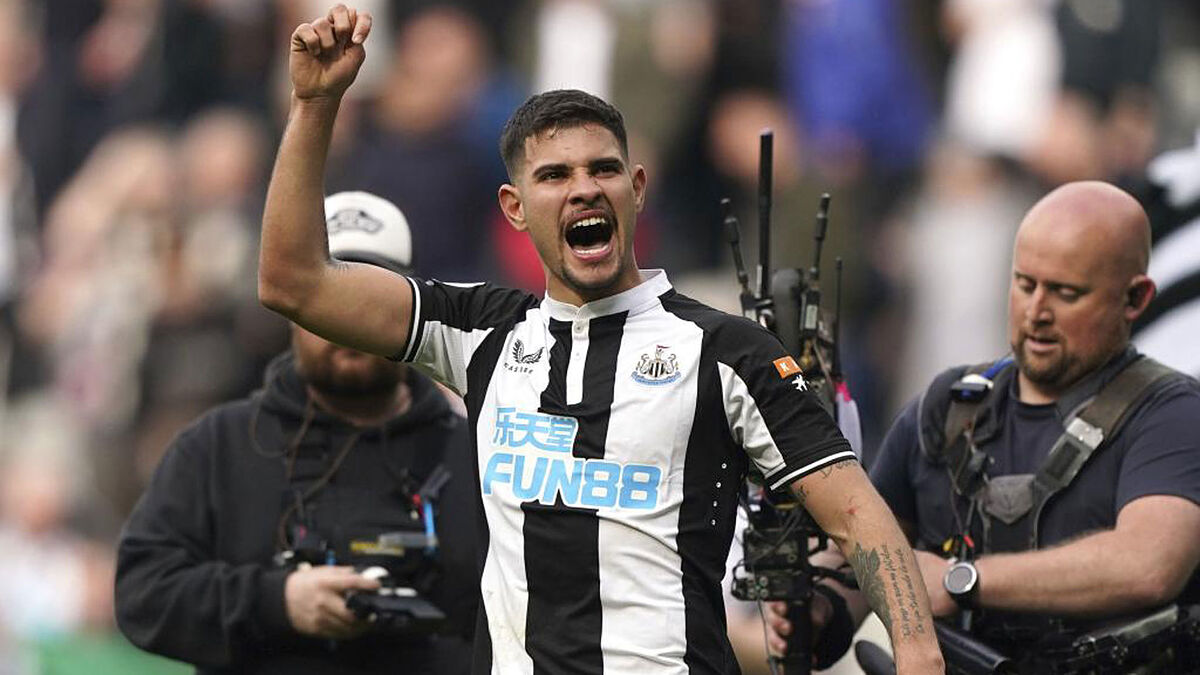 Coming to Newcastle is a risk… but I believe in the project. We have reinforced ourselves well and next season we will do it more to look for a place in the Europa League or in the Champions League. In the future we want to compete for the Premier.

“It’s a risk… but I believe in the project. We have reinforced ourselves well and next season we will do it more to seek a place in the Europa League or in the Champions League. In the future we want to compete for the Premier. Taking as an example Al City, Agero, Yaya Tour and Silva consecrated themselves in the history of the club because they bet on the project from the beginning. Here I have arrived with Trippier and I hope everything goes well”, he told ‘Globo’ a 24-year-old midfielder who landed for 42.1 ‘kilos’ from Olympique Lyon in January. The Brazilian international made an exercise of faith and exchanged a Ligue 1 great and a European classic for a team that was in relegation places… but that 102.1 million was spent to ‘save’ from burning.

Just over two months later, he is already an idol at St James’ Park. “It was always my dream to play in the Premier and I want to be a Newcastle legend,” confessed Guimaraes after his brace against Leicester. His two goals, the last in the 95th minute, turned the match around and gave the northern England team a win (2-1) with which they escaped the relegation zone by 12 points Burnley scores with one game in hand. With three goals in 11 games, the Brazilian midfielder has become a key piece for an Eddie Howe who dosed him at the beginning: it took him six games to start.

He has that technical flair… but he’s also steely and tough. He is a winner and has a great attitude. a complete package

“I think Bruno understands it. When you arrive at a new club, you have to prove it in training by earning your stripes. He will want to play and he will have his chance,” declared a coach who praised his virtues in pulling the strings of the team: “He has that technical flair… but he’s also steely and tough. He is a winner and has a great attitude. A complete package”. Characteristics that have allowed him to play in three different positions in the engine room, although the former Lyon enjoys ‘box to box’.

Guimaraes has changed the course of the ‘Magpies’ season. Number 39 is all the rage at St James’ Park. “The fans love him already. He was magnificent in every facet of the game. I think the biggest compliment I could give him is that tired after 95 minutes he managed to get into the box and score with a header,” Howe said. He’s already one more geordie… and he even has his own song! “Since I arrived the fans have been incredible and I am very happy to be here. The fans are amazing, I’m very lucky. When I walk down the street, I take photos and talk a little with them. It is very important for me to do this”, declared on ‘Sky Sports’ a Bruno who spoke with Arsenal but opted to sign for Newcastle.

I’m impressed. I think I will be the leader of Newcastle in the next few years

“Bruno has shown his quality and why we paid so much money for him. He deserves all the applause. I love his style… but it’s the ‘other side’ that I appreciate the most: the recoveries, the runs, the tackles. .. He feeds off the crowd and with the fans behind him he has become an instant cult hero,” teammate Dan Burn said on the club’s website. “I’m impressed. I think he will be Newcastle’s leader in next few years. I’ll be a regular if he wants to stick around and play his part, which I’m sure he will. I like everything I see: his aggressiveness, his ability to pass… Also, enjoy this atmosphere“, Alan Shearer explained on ‘NUFC TV’. From legend… to ‘possible’ legend.

Bruno Guimaraes, the great signing of the millionaire Newcastle who “wants to be a legend”