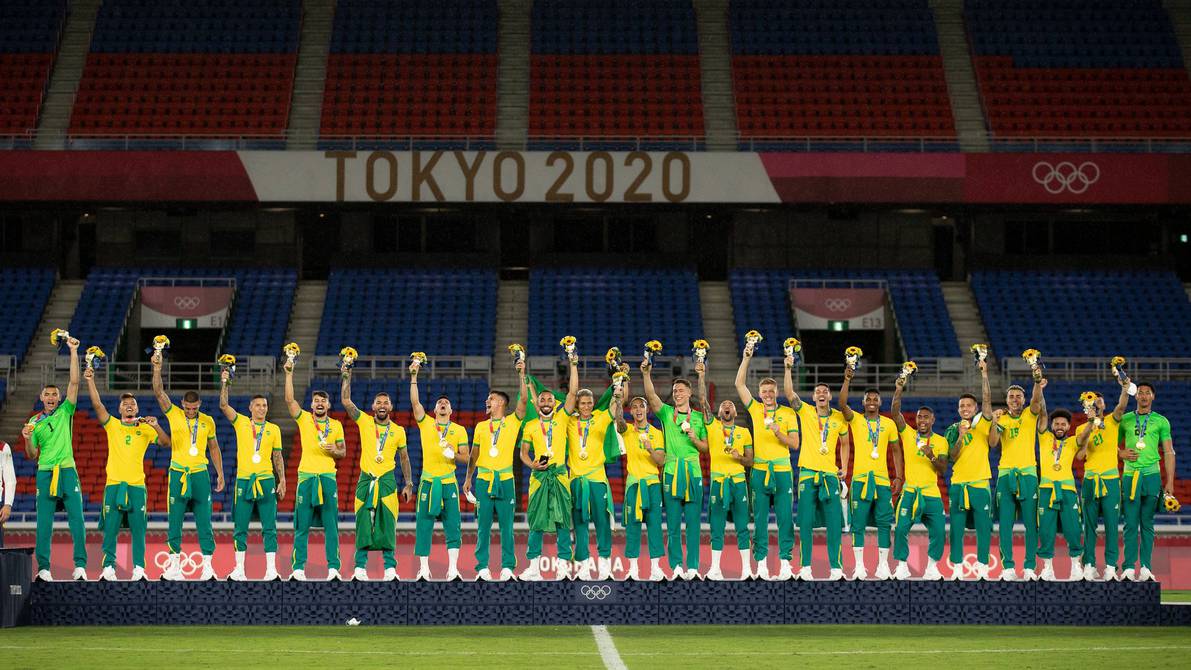 The Brazilian men’s soccer team, who led the winger Dani Alves, was criticized this Sunday for not wearing the official Olympic uniform when receiving the gold medal on the podium of the Tokyo 2020 Games.

The Brazilian Olympic Committee (COB) repudiated in an official note “The attitude of the Brazilian Football Confederation (CBF) and the players” during the awards ceremony held the day before on the lawn of the Yokohama International Stadium.

The controversy comes because the team of coach André Jardine is climbed to the top of the drawer dressed in the game shirt, which is from Nike, a sponsor of the CBF, and with the official sweater of the Brazilian Olympic delegation tied at the waist.

By the rules of the COB, all athletes who went to the Tokyo Games were required to wear Peak gear, the Chinese brand that sponsors the entity, on the podium and in official ceremonies.

According to Brazilian media, members of the Olympics organization asked the Brazilian footballers to put on their clothing of Peak in the changing room tunnel, but many ignored them and “Some player even scoffed.”

In this context, COB announced that it will decide in the next few days “the measures that will be taken”, even with the possibility of go to court, “To preserve the rights of the Olympic Movement, other athletes” and its “sponsors”.

The attitude of the Dani Alves, Richarlison and company also received criticism of other Brazilian athletes like the swimmers Poliana Okimoto and Bruno Fratus, bronze in the 50 meters freestyle in Tokyo 2020.

The message was clear: They are not part of the (Olympic) team and they do not care. They are also completely alienated and disconnected from consequences that this can generate for countless athletes who are not millionaires like them”, He indicated in his social networks.

Okimoto for his part mentioned that “One of the fundamentals of sport is discipline, following the rules” and he pointed out that the soccer team “by not wearing the official uniform” can result in “a punishment for the COB, not for the CBF.”

Brazilian media emphasized the consequences that this action of your selection could lead to the Brazilian Olympic Committee, especially for one possible contract renewal with the Chinese company, which began its link for the last Olympic cycle.

According to the COB, the selection decision is vetoed by the International Olympic Committee, since it is this body that approves the uniforms that the athletes of the different disciplines will wear for competitions and awards.

In the field, the Uniform of each team or athlete can be prepared by the suppliers that sponsor the respective sports, But when the federation of any discipline does not have a provider, the athletes wear the brand of their Committee, which they will also use in the case of awards, something that the canarinha did not respect. (D)