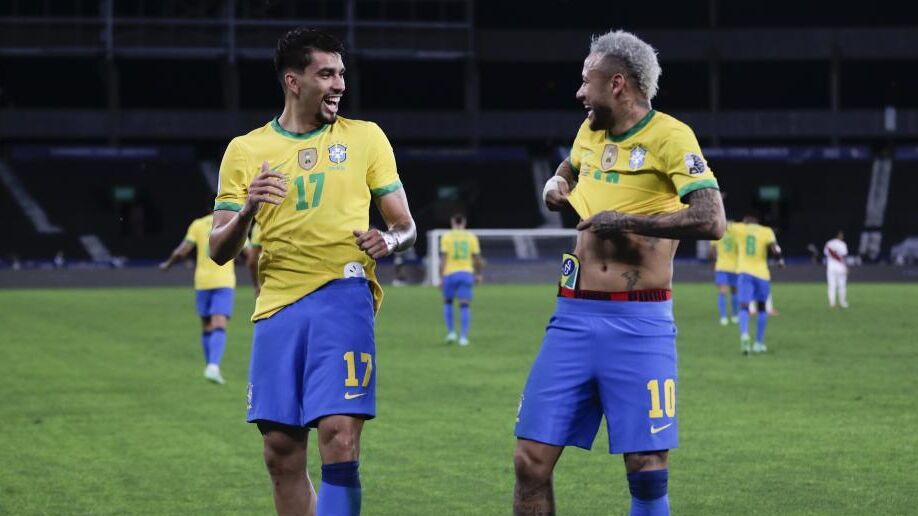 Neymar’s talent and a lot of order in the rest were enough attributes for Brazil to reach its second consecutive Copa America final in their country. Now Colombia awaits him … or Messi’s Argentina. in what will be the final dreamed of by all.

Neymar had a great first half and from his feet came the 1-0 in a magical assist to Lucas Paquet after making a mess in the area.

For the first time in the Gareca era, Per played with five defenders, as a consequence of having Brazil in front and the loss of midfielder Carrillo, essential for the Incas.

But hold on Neymar talent and company 45 minutes is almost impossible, if something is not done in attack, Per entrusted everything to defend and the chances were cascading down. Neymar missed one in the 7th minute; Gallese parried Ney and Richarlison two in a row in the 19th minute … The goal was a matter of time, and of talent.

In one of those, already in 35 ‘, Neymar escaped in a defensive coordination failure, he made a mess of his defender, and he assisted Lucas Paquet, who shot Gallese. 1-0 … and the feeling that Brazil was beginning to draw as a finalist.

The second part began with a change in the Peruvian drawing and mentality. Gareca got a defense of four and took out one end. It was necessary to risk more … but without much arrival to the area. At least, that’s right, for Brazil’s attacking hemorrhage.

How everything changed in the second part! How well Per played it and what a good technician Gareca is … although he got confused starting with line five. Players of good footing and well placed. Brazil did not have the ball so much.

The ‘Seleao’ began to see the wolf’s ears, and pulled the lines forward. It was starting to cost a little more for Per.

From 70 ‘, the party got stuck. Many shouts of players, simulations … Things were hot, as Brazil did not finish closing the scoring.

Not even with Vinicius on the field, who entered with Militao, Brazil managed to breathe easy until 95 ‘in a match that, in the end, gives them a new final … against Messi’s Argentina?