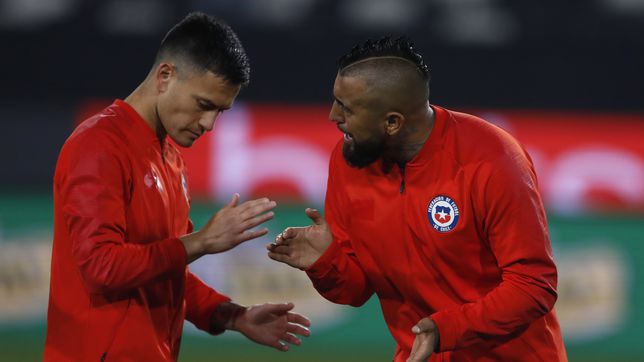 WHAT DOES CHILE NEED TO QUALIFY FOR THE WORLD CUP: RESULTS, POINTS AND COMBINATIONS

It is not exactly a miracle, but Chile needs more than six points to qualify for the Qatar 2022 World Cup. Two dates from the end, La Roja is in sixth place, outside the playoffs, with 19 units.

What results does Chile need to qualify directly for the Qatar 2022 World Cup?

If Chile wins all six points, with an unprecedented victory against Brazil in the Maracana and a victory against Uruguay in San Carlos de Apoquindo, it does not qualify directly. La Roja needs Uruguay and Paraguay to tie this Thursday and for those led by Ricardo Gareca not to beat Paraguay on the last day.

If Chile rescues four points, it should expect the same previous results, but also that Colombia does not prevail by a bulky difference against Bolivia and Venezuela. This is because the goal difference favors Martín Lasarte’s squad, but by a very small difference (-1 against -3), which will be a key defining factor.

With what results does Chile qualify for the playoffs?

If Chile wins all six points, but Peru does the same, the Rimac cast qualifies directly for the World Cup and La Roja will have to play the playoff, which will be against a team from Asia, in a single match to be played in Qatar.

With a harvest of four units, Chile would play the playoff if Uruguay does not win against Peru, and Colombia does not win by a large goal difference to Bolivia and Venezuela.

If the Red only collects three points in the last two dates, the rival to beat is Uruguay. For this, the Charrúas must lose to Peru this Thursday and Colombia must not achieve two victories. With two units, the National Team needs Peru to lose its two final matches, in addition to Colombia only accumulating four positives. With two falls, the Red has no chance of going to the World Cup.