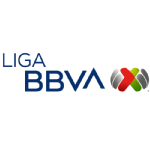 FC Juárez, Tijuana and Toluca occupied the last three places in the ratio table in the Liga BBVA MX

Queretaro defeated FC Juárez 4-0 and Toluca equalized at León’s on matchday 17. This combination of results means that the Devils have to pay a fine of 33 million pesos for finishing the season in 16th place in the ratio table . Toluca became creditor to the last economic sanction imposed by the MX Leagueas there is no descent, and will accompany the FC Juarez and Tijuana like sanctioned clubs.

white roosters reached 121 points to climb a step in the quotient table and reach 15th place. For its part, Toluca let the advantage slip away in the last minutes against León and failed to avoid the economic sanction, by posting 120 points. Finally, Mazatlan he beat Puebla 2-1 and with them he was saved from paying the economic sanction of the punishment zone, since he reached 123 points.

To the Toluca the draw against León did not help him, then He needed all three units to overcome Gallos’ 121 points in order to avoid paying the 33 million-peso fine. Everything was defined on the last day of Clausura 2022, at the León stadium.

white roosters He closed his participation with a categorical victory against FC Juárez, who no longer had aspirations to avoid the fine or to reach the final phase.

Mazatlan beat Puebla and thus was able to avoid the economic sanction.

FC Juarez It is the only team that has paid a fine in the two years that the measure was implemented, due to the cancellation of relegation. The Braves add 120 million pesos in penalties, because last season they paid 40 million pesos.

Bravos, Xolos and Diablos, the teams fined for the quotient table