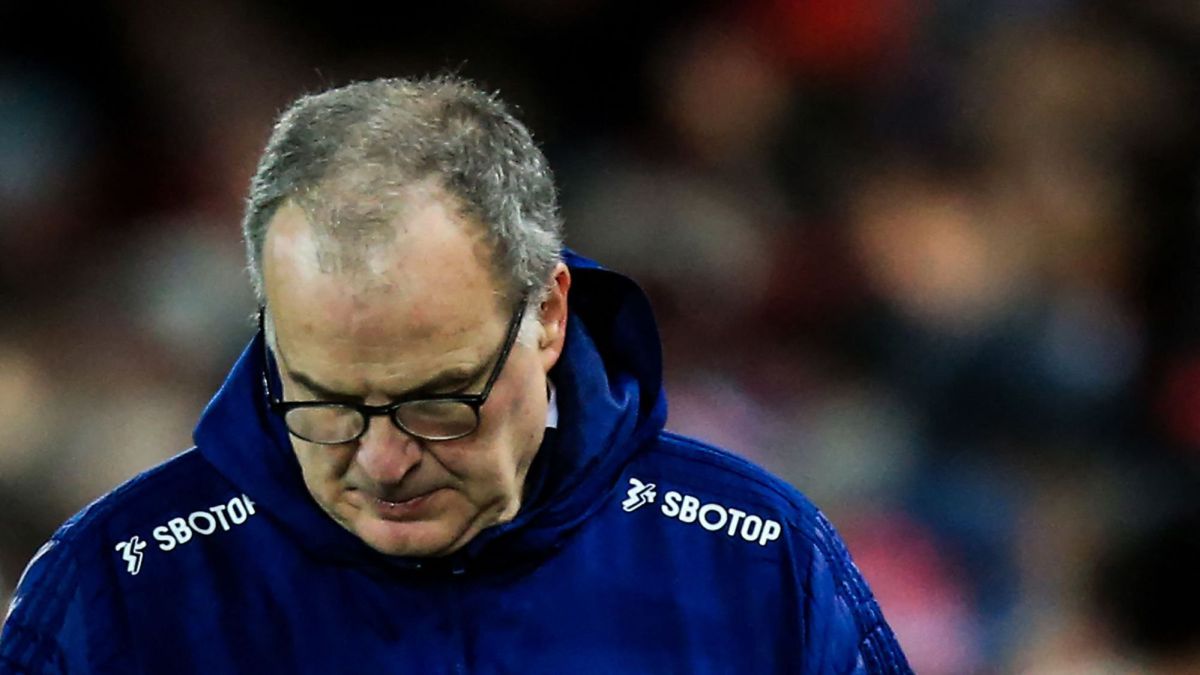 “Kalvin! Kalvin, damn it!” Midfielder and coach embrace after achieving promotion to the Premier League. Leeds United’s first in 16 years. Too long for a history of English football. Too many hardships for the second and even the third category. But in 2019 they returned. Finally. After frustrating and sad years, of tensions between fans, board and coaches. “The best, Kalvin! Very good!” Marcelo Bielsa hugs and kisses Kalvin Phillips, like a proud grandfather of his grandson’s successes. Tremendously proud. The video was published on social networks by the footballer: “You saw in me what not even I had seen. You helped me grow as a footballer, but above all as a player”. Bielsa reinvented the position of Phillips, who became a holding midfielder. And he ended up being one of the novelties in England’s call for the last European Championship.

There are wins and wins. There are those that are tight, unconvincing. Some are elaborate, expensive, and satisfying. Like the defeats. Demoralizing goals, or the setback of a goal at the last moment after 90 minutes of effort. With Bielsa, Leeds United moved on the wire. He went with everything, without caring much what rival was in front.

Marcelo Bielsa’s departure is not just another dismissal. He paid dearly for results, like any manager, but the legacy and the void he leaves behind at Elland Road is unique. The writer and novelist Robert Endeacott also used social networks to say goodbye to the Argentine, whom he compared to Don Revie. Two leagues, one FA Cup, one League Cup and two Fairs Cups were won by Revie in the Yorkshire club’s most successful spell between 1961 and 1974.

There was harmony. The arrival of Marcelo Bielsa, an admirable unknown, reinforced the feeling of a big club. ANDn the Elland Road bench sat a guy who, despite his few successes, had inspired countless personalities in football. Your favorite coach’s favorite coach. He arrived and asked about the city, about the people. He was seen at the supermarket in his club tracksuit and celebrated promotion by toasting his neighbors, who came to congratulate him when West Brom lost at Huddersfield Town in July 2020. Bielsa completed his mission in a campaign marked by the outbreak of COVID-19. The Elland Road parish was unable to accompany their own during the climb to the Premier League, nor on their return to the top flight.

After losing 4-0 to Tottenham on Saturday, Leeds were on their ninth defeat in 12 games and inching dangerously close to the relegation places. Weighed down by injuries, Plan A was not working. And there was no Plan B. The club’s board decided to do without the Argentine, opening a debate that cannot be resolved. Was it worth continuing to bet on Bielsa? Even after a hypothetical decline? Is it worth maintaining the category without the Argentine? With what game? At what price?

Marcelo Bielsa reminded a crowd that no longer remembered what it was to win, that winning is not everything. And he did it, paradoxically, achieving the club’s greatest success in almost two decades. On Monday he returned to Thorp Arch, the Leeds United sports city that he himself has helped refurbish.. The Argentine spoke with the players about him. Like any other Monday. Although this time there was no analysis, reprimands or advice. There were hugs and tears. It was an emotional goodbye. He then signed autographs for several fans waiting outside. Fans you will see again. In the absence of the date being confirmed, there will be a tribute to say goodbye to the man who laid the foundations for the Leeds United of the future. An admired and loved coach, beyond cups and titles. “There are people who