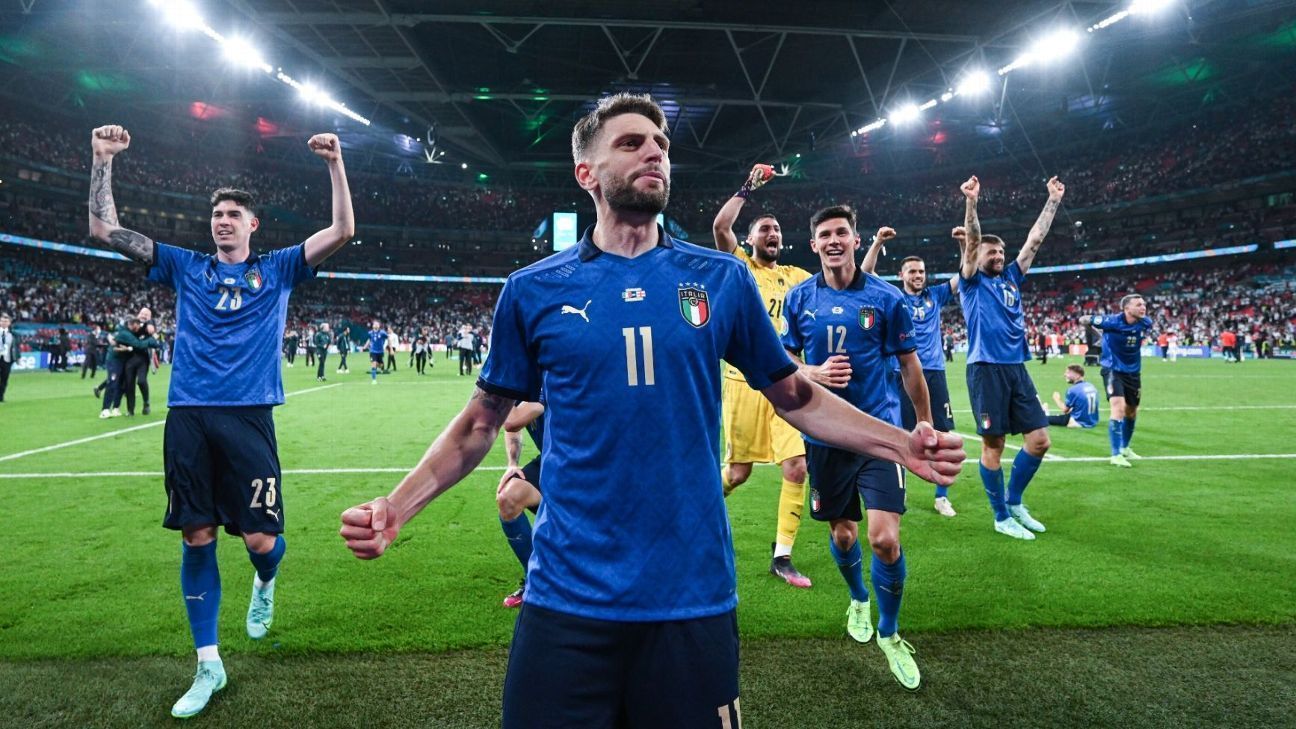 Italy will face Spain at the Giuseppe Meazza stadium, in Milan, for the semi-final of the UEFA Nations League.

And to maintain their great moment and look for another title this year, the Azzurra has the goals and plays of the forward Domenico Berardi, who is one of the technician’s trusted men Roberto Mancini and it was key to winning the last European Championship in July of this year.

The 27-year-old, who is at the height of his career, is today Sassuolo’s main name and has been one of the leading figures in the Italian Championship for three seasons.

Currently valued at 35 million euros per Transfermarkt, Berardi was discovered completely by chance. In 2009, when he was 15 years old, and without many aspirations to become a professional athlete, he went to visit his older brother Francesco, who was studying at the University of Modena.

Upon arriving in the city, Francesco invited Domenico to play soccer in a team that he formed with his friends, since one of the members was not available and the group needed a player to complete the squad.

When the ball rolled, the 15-year-old simply shone on the court and played the entire game. And that’s when everything changed for him.

Shortly after the match, one of Francesco’s friends, still impressed by Domenico’s skill, called Luciano Carlino, who was a technical assistant at the Sassuolo base (a city just 15 kilometers from Modena).

In the phone conversation, it was agreed that Domenico would audition for the green and black team. Impressed by the report, Carlino agreed and arranged the meeting for the next day.

The aide was quick to admit that everything he had heard was true.

“Berardi trained for 20 minutes and that was enough for the director of Sassuolo. He took me aside and said: ‘You were right, it’s very good. You can prepare it,'” said Luciano Carlino, in an interview with FourFourTwo magazine.

Domenico Berardi joined Sassuolo’s U-18 squad in 2009 and it didn’t take long to explode. In the 2011/12 season he was promoted to the first team and, in 2012, he was called up for the first time by the Italian Under-19 National Team.

In 2012/13, the forward scored 11 goals in 39 matches played and helped the green and black team win the Italian Serie B title, placing the club in the national elite and also winning the best player award in the competition.

This was enough for the Juventus giant to pay 4.5 million euros in 2013 and buy 50% of the footballer’s rights, agreeing to lend him in Sassuolo until the end of the 2013/14 season.

Over the next two years, the forward kept breaking it, scoring 31 goals in 74 games. With Juve watching and wanting to take the footballer to Turin, Sassuolo decided that he would have to open the coffers to stay with his main figure.

In June 2015, the green and black team announced that it had reached an agreement with the “Vecchia Signora”, buying back the 50% that had been sold, but now for 10 million euros.

Juve even put a clause to have priority in a future buyback, but the truth is that Berardi never left Sassuolo. In a rare case in today’s football, staying in the same club having offers from several European teams, and is the main idol of the crowd.

After playing at a high level for a long time, the left-hander has also established himself in the Italian national team, especially after the arrival of the coach. Roberto Mancini.

The attacker participated in the Azzurra title in the past Eurocup, and even played a very important role in the final against England.

After entering the second half instead of Immobile, BerardiShowing a lot of personality, he was in charge of converting the Italians’ first penalty in the decisive series that led to the title.