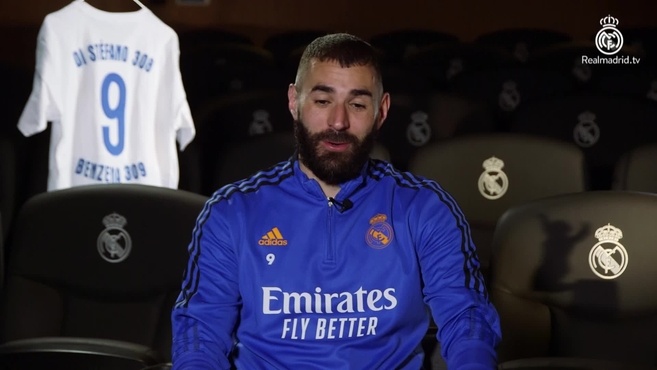 Ddays after his feat against PSG, Benzema I reviewed on Real Madrid Television the Real Madrid’s historic comeback against PSGin which he dressed as a hero with a spectacular treble.

The night could not have been more special for Karim, who added the achievement of overtake DiStfano What third top scorer in the history of Real Madridwith 309 goals.

memories of the big night

“I’m happy and proud, but it was the effort of the whole team, of the people who were on the field, of those who couldn’t enter, of the teammates, of the technicians… It was a magical night for everyone”.

“I had a connection with this game. After the first leg I was already prepared and focused for the second leg. We all started the game with a lot of enthusiasm and ready to play a great game. We have a lot of confidence after beating PSG”.

His best match in white

“I don’t know if it’s one of my best games with Madrid, I also remember the Champions League final against Liverpool… It was a very big game, but not just mine for everyone”.

“It could be, because every year I want to improve the previous one.”

I don’t know if it’s one of my best games with Madrid, I also remember the Champions League final against Liverpool.

“Beating Di Stfano is a dream because he is a Madrid legend. I remember the hug he gave me at my presentation with Real Madrid. Being at his level makes me very happy and gives me more strength to get higher. He said to enjoy this great club”.

The importance of the team

“Within a team there are always players who make a difference, but they can’t do it alone. If my team is at its best, I know I’ll be at its best. We all need each other”.

Overcoming Di Stfano is a dream, being at his level makes me very happy

“I work hard every day, and now more than ever. I signed to win titles, I didn’t think I was going to score so many goals. I’ve always wanted to be in people’s memories and I think I’m on the right track”.

Leave a mark in Madrid

“I wanted to succeed at Madrid and little by little I’m heading in the right direction. I feel at home, I like Madrid and the people. I enjoy every day here”.

Benzema: “It may be my best season at Real Madrid”