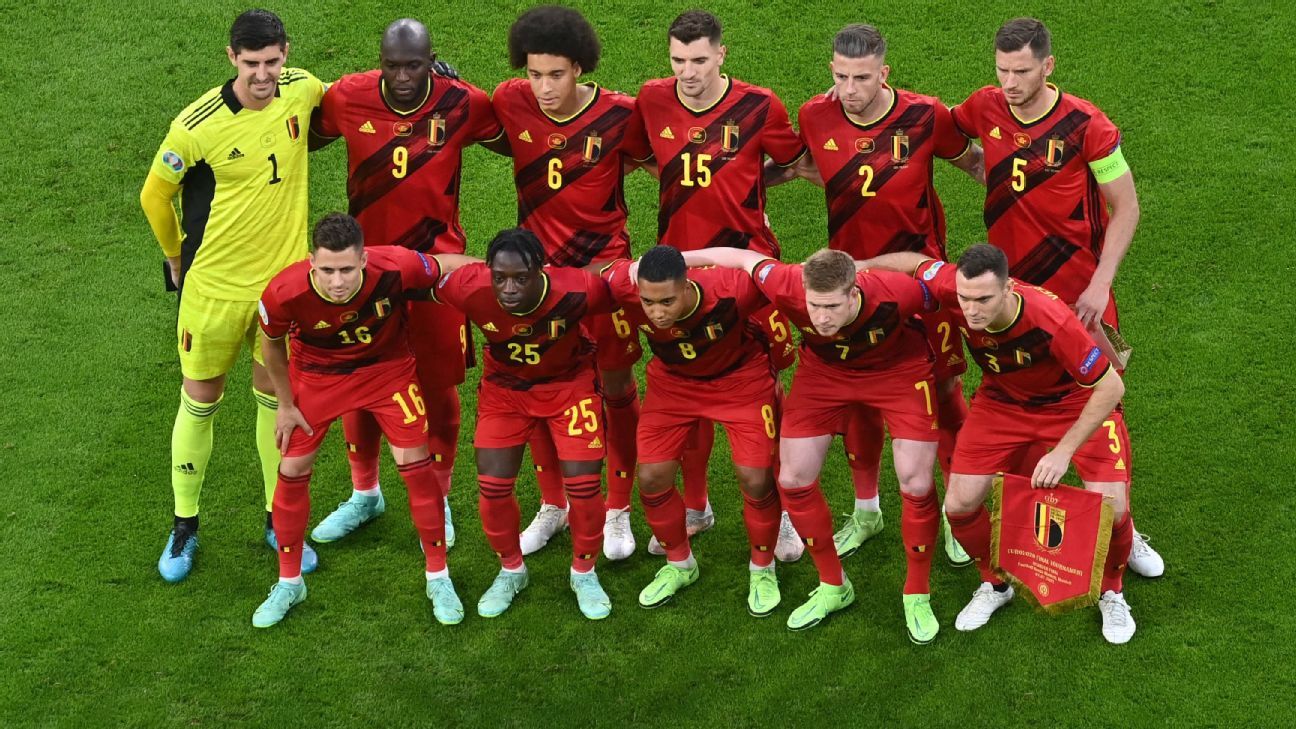 Bélica has a hard time swallowing. A rough Eurocup gets stuck in his throat that the Red Devils bit knowing they were among the big favorites and from which Hazard, De Bruyne, Lukaku and Courtois leave without making history, or getting close.

“Huge disappointment for Belgium. Another failure of the Red Devils,” noted the website of the French newspaper Le Soir after the defeat against Italy by 1-2 in Munich in the quarterfinals, far from their best record, the 1980 final.

Belgium is a country with humble character that is used to losing to football. It has always done so, except at the Olympic Games in Antwerp in 1920, a century ago. So this removal hurts a bit more.

“We are not very nationalistic, not very patriotic, not very ambitious, modest and self-conscious. We do not have the mentality of wanting to be the best. So, for once, we cannot prevent ourselves from saying: we have a team that, on paper, can win. And we don’t really know what to do with that winning sentiment, “the political science professor at the Free University of Brussels explained to Efe. Jean-Michel De Waele hours before the game.

That feeling has not arisen suddenly, but has been maturing. Seven of the players who played against Italy fell in the 2014 World Cup in Brazil against Argentina in the quarterfinals. But it was Leo Messi’s Argentina, ultimately runner-up in the world, and it meant the reappearance of Belgium in a great tournament since 2002. It left a good taste in the mouth.

Then they played the European Championship in France in 2016, in which they appeared with more experience and certain expectations and fell resoundingly in the quarterfinals after being traced by Wales from Gareth Bale. It cost coach Marc Wilmots his job.

Then came the 2018 World Cup in Russia, with Roberto Martínez on the bench. Belgium came forward with great enthusiasm but with little certainty. It was third, losing in the semifinals with the France of Mbappé -champion- and eliminating on the way to the all-powerful Brazil of Neymar. It was celebrated in style in Brussels.

The great Belgian footballers were then around 27 years old and were beginning to sound among the best in the world. They returned home thinking that they had touched glory and promised themselves that next time they would not escape them.

And finally the 2020 Eurocup arrived, celebrated in 2021 by the pandemic. The stars arrived consecrated and with a perfect age: between 28 and 30 years old and used to competing for titles in top-level clubs.

De Bruyne (30) appeared as the best player in the Premier with Manchester City, Lukaku (28) with the same trophy in Italy with Inter, Courtois (29) as one of the best goalkeepers in the world and the captain, Hazard (30 ), limping after two years of injuries at Real Madrid but with the aim of shining in the Eurocup and turning the page.

At the head of the strategy, Roberto Martínez, a hard-working and not very strident coach respected in the Belgian press and public opinion, a Spaniard born 47 years ago in the Catalan town of Balaguer and experienced in English football as a player and coach who has five years at the helm of the Red Devils.

But Hazard and De Bruyne were touched to the Euro, were injured again during the tournament and Real Madrid did not recover for the duel against Italy. Too many stones on a narrow path.

“The captain and his experience have been lacking, a reference player has lacked us,” lamented Martínez after falling against Roberto Mancini’s Italy.

Belgium is now wondering with sadness if it was their last chance, if their golden generation would not have passed the rice, if older people will not arrive in Qatar, if the demographics of a small country (11.4 million inhabitants) It will allow so much talent to be refocused in its best form.

“Yes, the European Championship was a failure. And yes, I fear it was our last chance,” said a commentator on the set of the Flemish newspaper Het Laaste Niews about the team with the most veteran squad of the tournament.

The eyes are now directed towards the coach, who has a contract until after the Qatar World Cup in 2022 and has reaped 47 victories, 9 draws and 4 defeats. A statistically brilliant series, but none final.

In the Federation they said before the game that his continuity was guaranteed and the coach did not want to comment. A moment “too sad” to talk about those things, said Martínez, who praised the involvement of his players.

The local press proposes that a reflection on the Belgian bench be opened.

“It doesn’t have to be a taboo question. Forbidding yourself to ask yourself that question is unhealthy,” film director Stephan Streker, a commentator on the public broadcaster RTBF that broadcasts the games in Belgium, said in the analysis immediately after the game.