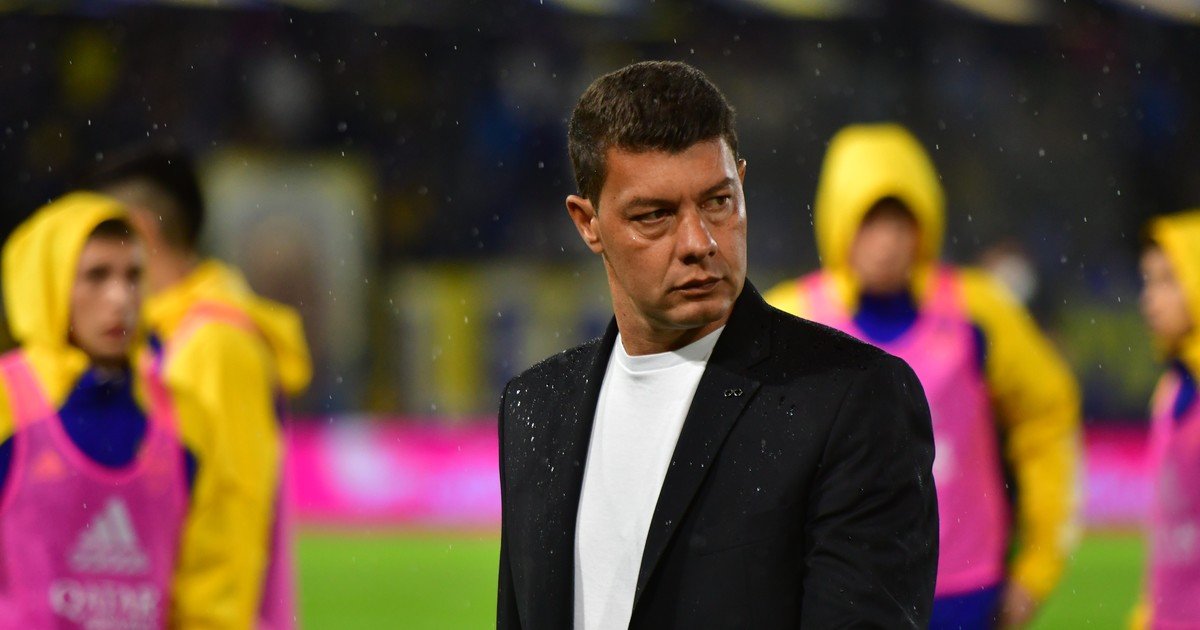 Sometimes gestures say more than words. On the field, to Sebastian Battaglia he was seen to be subdued, annoyed, at times even resigned. The DT, who had been targeted by the level of the team and the weak results, needed a convincing performance, an explicit support from the team on the court, a victory. None of that happened. Mouth played to lose. Boca played as if it were an end-of-season match. Boca played, in short, as if there was no future. For this reason, the voice of the DT was highly anticipated. And once again, gestures said more than words… The Lion suspended the conference, a symptom of the uncertainty that his cycle is experiencing. Will he continue in office? Everything points to no, as confirmed in the first hour of Thursday to Ole.

It is the second time that Battaglia has not spoken after a match. The previous one was also at a difficult time, a 1-1 with Arsenal in Sarandí, which had compromised the team’s chances of qualifying for the Cup by the general table. Then came the final with Talleres, the conquest of the Copa Argentina and the delayed renewal. There is no such lifeguard on the near horizon today. On the contrary: after visiting Central Córdoba in Santiago on Saturday, he must go to Brazil to play a decisive match against Corinthians for the Cup. Therefore, the scenario is output.

Battaglia left quietly, without making any decision, but the Council expects the coach to make a gesture and step aside. If not, He would even make a drastic decision, as he did with Miguel Russo at the time: He doesn’t want it and thinks it’s time to change course. Beyond the fact that Jorge Bermúdez, in the run-up to the clash with Tomba, said that they were going to be patient with him, they believe that the cycle is exhausted, fundamentally, due to the lack of emotional and football responses, which yesterday were more evident than ever. However, in principle, the coach does not plan to leave on his own. “If they want him to go, they can kick him out.”, is still the position as they told Ole from his environment, even after yesterday’s very weak performance.

Battaglia during the draw with Godoy Cruz.Photo.Telam

The DT, on top of that, does not have it easy: because beyond the Council letting go of his hand, he also lost credit on the campus. The bench of several of the referents was one of the main assets that the coach had, however, it is a relationship that was weakening and fracturing. The players see that the team does not evolve, that the coach cannot find a way around it, that the changes have no effect, that the variants follow one another without causing any click. Just yesterday, against Godoy Cruz, an uncontrolled and disorderly Boca was seen. Not only without identity, but directly without direction.

The Council met to define the steps to follow. The position was not to fire the DT, a historic and winner as a player, but… With Russo a similar scenario occurred: the coach was reluctant to leave and, after the defeat with Estudiantes, the next day Riquelme called Miguel for phone and told him he was outside. The performance with Godoy Cruz, due to the lack of answers, also refers a bit to that exit. The difference, now, is the political cost it has for Riquelme y Cía. make the decision to remove another coach.

Riquelme during the match with Godoy Cruz.

Therefore, it will be necessary to see how these hours develop, which are decisive. In the Council they believe that, with a swerve in time, the team has the potential to lift, secure its classification in the League Cup and also get on track in the Copa Libertadores group. But for that to happen, a shock is needed. And they believe that Battaglia is no longer in a position to do so.

For everything, the crisis seems deeper than ever and the differences between Battaglia and the Council are already explicit. The squad will train again today, at 4 pm, in Ezeiza. Will it be with Battaglia? The concrete thing is that, for now, the coach left in silence, that Riquelme and company+ia were meeting until dawn at the club and that they no longer want Battaglia as DT.

THE GOALS OF BOCA-GODOY CRUZ

THE SONGS IN THE BOMBONERA

Battaglia and Boca: the Council wants him out