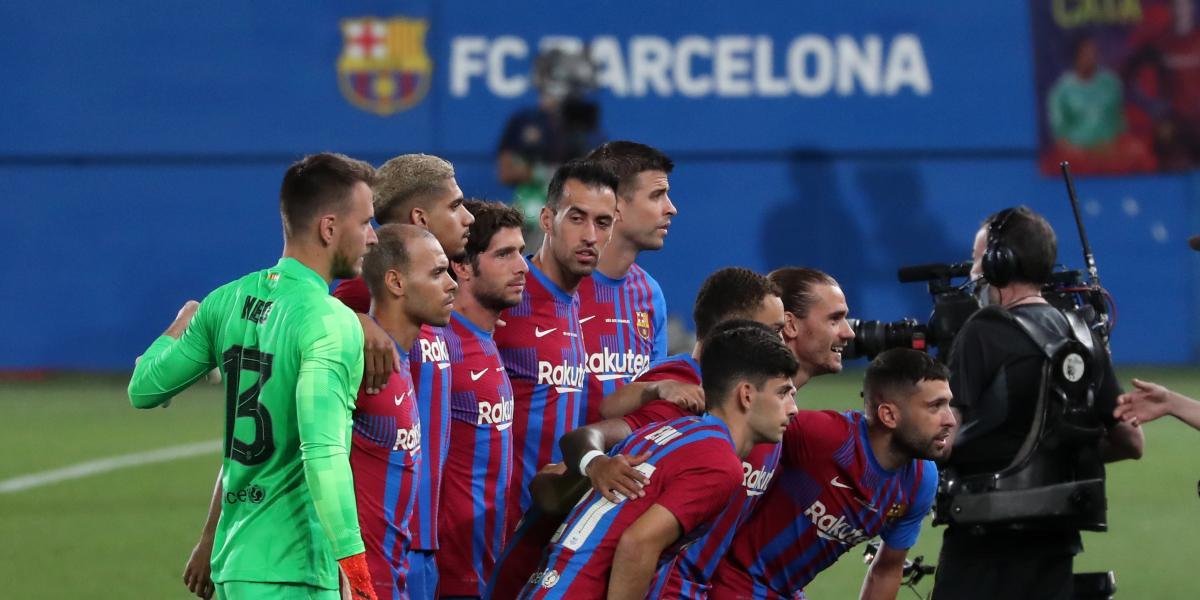 He took out up to four dangerous balls, to kicks from CR7, Morata, De Ligt and Cuadrado.

He received a treacherous elbow from Cristiano Ronaldo. He tried to give depth to the right lane, as requested by Koeman.

Except for the minutes before the break, Juve did not give much effort, really.

The year of his consecration begins, or that is the intention. He demonstrated his ability to react even when he made a mistake.

It was in a cuilminated boarding school with a low center that only needed one boot to end in a goal. It blended well with Memphis.

He released his new status, not as a lieutenant but as the boss of a fairly dynamic Barça.

Embedded in the wide area, escorting Busquets. He made a promising start.

Koeman appreciates him. The Austrian returned that affection with a lot of football. He made it 1-0 to Memphis, had a goal disallowed and showed personality with his starts and his good reading of the game. Of the best of Barça.

His new role as chief of offensive operations is already beginning. The play of the 1-0 began with an advantageous pass and a goal was disallowed. As always, he helped with defensive tasks.

Necessary collaborator in the action of 1-0, in an intelligent combination at the first touch. He failed in the one-on-one against the Juve goalkeeper who ended in the goal disallowed by Griezmann for an alleged offside of the Dane, which was not. He took his revenge by heading a corner kick from Memphis. He was applauded.

It took him just two minutes to unsheathe. It was the third goal of his promising first summer culé. He returned to play with intelligence, as in that transfer to space to Alba. Messi would have signed it. Already in the second half he put the ball on Braithwaite’s head for 2-0. The Dutchman left with a goal and an assist, a balance worthy of the best of the best. It would have been exhilarating to see him next to 10. It won’t be possible.

Another of those who have done well this summer in the eyes of Koeman. This time he acted as an interior and took a great pass to space to Griezmann.

It was not well received by the fans, bill to pay for the departure of Messi. Collateral damage.

He made his debut so eagerly that his excess of revolutions cost him a yellow card.

From within he moved with intention. So much, that he closed the night with a great goal, after a happy turnaround.

He once again exhibited his desire to be noticed by Koeman.

He was able to taste the Gamper after his good preseason.

You imagined him in Bruges but you never know when an opportunity may present itself. He played the last minutes.