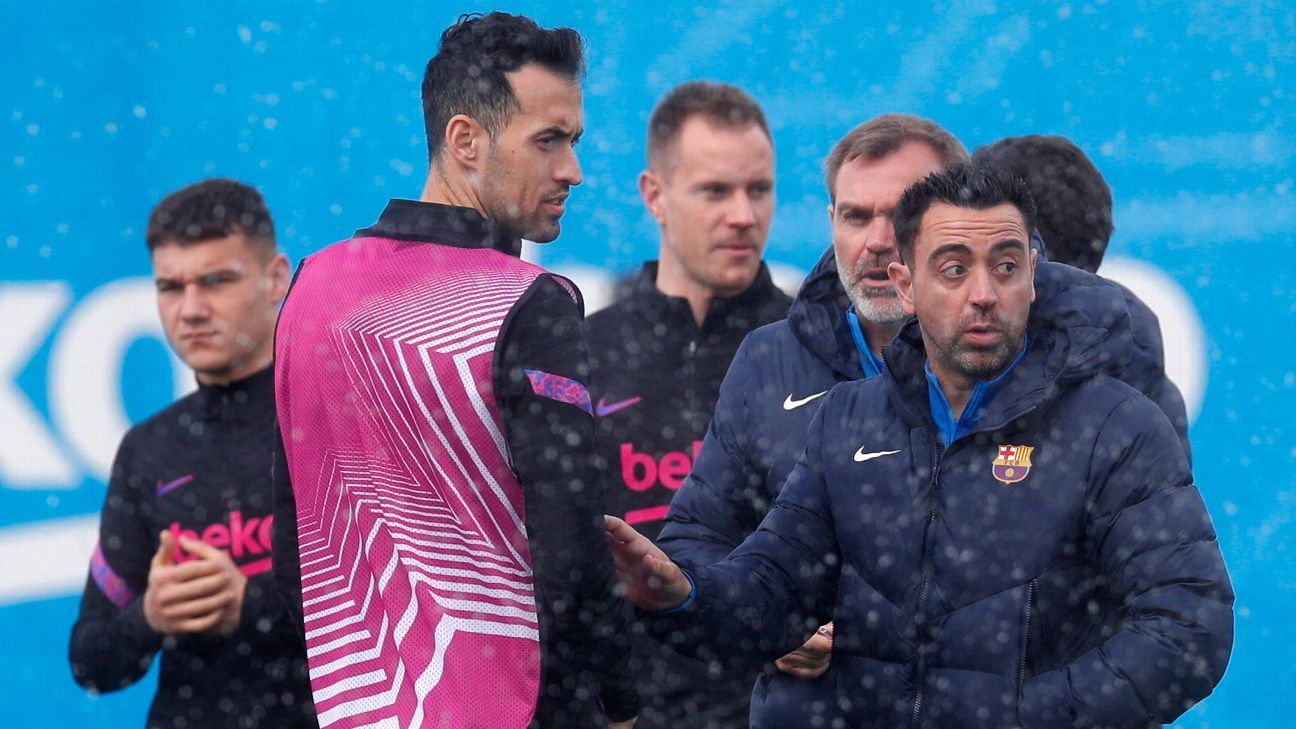 BARCELONA — Barcelona is working on preparing the squad for next season so focused on the reinforcement operation, that Xavi wants to increase it beyond the signings of Andreas Christensen Y Franck Kessieas in the exits, fundamental for sports management both for a sporting aspect (soccer players who do not enter the project for the future) and economic (need to reduce the wage bill).

“We are working to increase the potential of the squad, but it is not easy,” a source from the Barça club admitted to ESPN Deportes, reiterating that it is just as important to get the signings right as it is to make room in the locker room in terms of salary.

In this sense, there is a list of names, more or less known by the general public, of footballers who want to be released at the end of the course. And in several of the cases, the theoretical income that could exist through a transfer is as important as, almost, the salary savings that his departure means.

Two are the players who are considered closed. Andreas Christensen, in the absence of becoming official, will reinforce the center of defense and Franck Kessié will add to the midfield. From here on at Barça, another defender is still necessary, incorporating a left-back, probably a winger and a differential striker. It’s the wishes…

It remains to be seen if they can be realized. César Azpilicuetawhose situation at Chelsea is not completely clear (contract ends but with an automatic renewal clause that is unknown for sure if it has been done or can be made effective), has been a name marked in a special way for several months in the sports direction of the club.

He is the number one international veteran on the list, and can also play as a right back, a position whose option to reinforce specifically remains in the air while waiting to know the future of Daniel Alves and keeping Moroccan soccer player Noussair Mazraoui under observation for several months.

More transcendent is the left-hand side, where the imperative need to add competition to Jordi Alba. From Grimaldo to Guerreiro, passing through Tagliafico, Gayá, Pedraza or Javi Galán, there are not a few names that are worked with… Understanding that it is probably not possible to make a large investment.

Up front, the expectation is lowered with Erling Haaland as the main signing, in a position in which the option of Robert Lewandowski has stood out in recent weeks and there has been speculation with a wide list of names in which Salah, Isak , Lukaku, Adeyemi, Gnabry, Darwin Núñez, Lautaro or Werner.

You also work on the wing, with Antony, Dani Olmo, Rapinha, or Rashford on stage… Although in this position you have to pay attention to what might happen with Ousmane Dembele and, to a lesser extent, with Adama Traoré, whose permanence at the Camp Nou is considered highly unlikely.

And to all this we must add the name of Àlex Collado, who in principle will return from his loan to Granada, and learn about the club’s decision with Ferran Jutglà and Ez Abde, whose performance in the subsidiary, after spending the first half of the season in the first team, he is being more than satisfactory…

Barcelona maintains the hope of reaching a renewal agreement with Dembéle in the same way that the permanence of Sergi Roberto, a player who is considered expendable, is not considered too feasible.

Umtiti, Lenglet, Neto, Mingueza and Braithwaite are the names indicated in the main to leave the club at the end of the year (either on loan, dismissal or a low-cost transfer), in addition to the more than likely return of Adama to Wolverhampton and waiting to decide the path to take with Sergiño Dest and Luuk de Jong (the former being more likely to remain than the latter).

But there are three other cases of necessary solution. And not easy at first glance. The first is that of Philippe Coutinho, on loan to an Aston Villa that has a purchase option for which Barça is willing to negotiate. What is clear is that the Brazilian does not enter into the plans for the future and a transfer will be sought as high as possible, the ideal figure would be 40 million euros.

Neither does the future project include Miralem Pjanictransferred to a Besiktas that will not make effective the purchase option for the Bosnian midfielder and for whom the Barça club will have to negotiate a transfer or a letter of freedom in the worst case, taking into account that they still have two seasons left of contract.

The third name is that of Francisco, on loan to Wolverhampton… Who will not pay the 30 million specified in the purchase option either and whose exchange with Adama was speculated on in January and is not counted now.

Barcelona: What, who and how to strengthen its squad next season