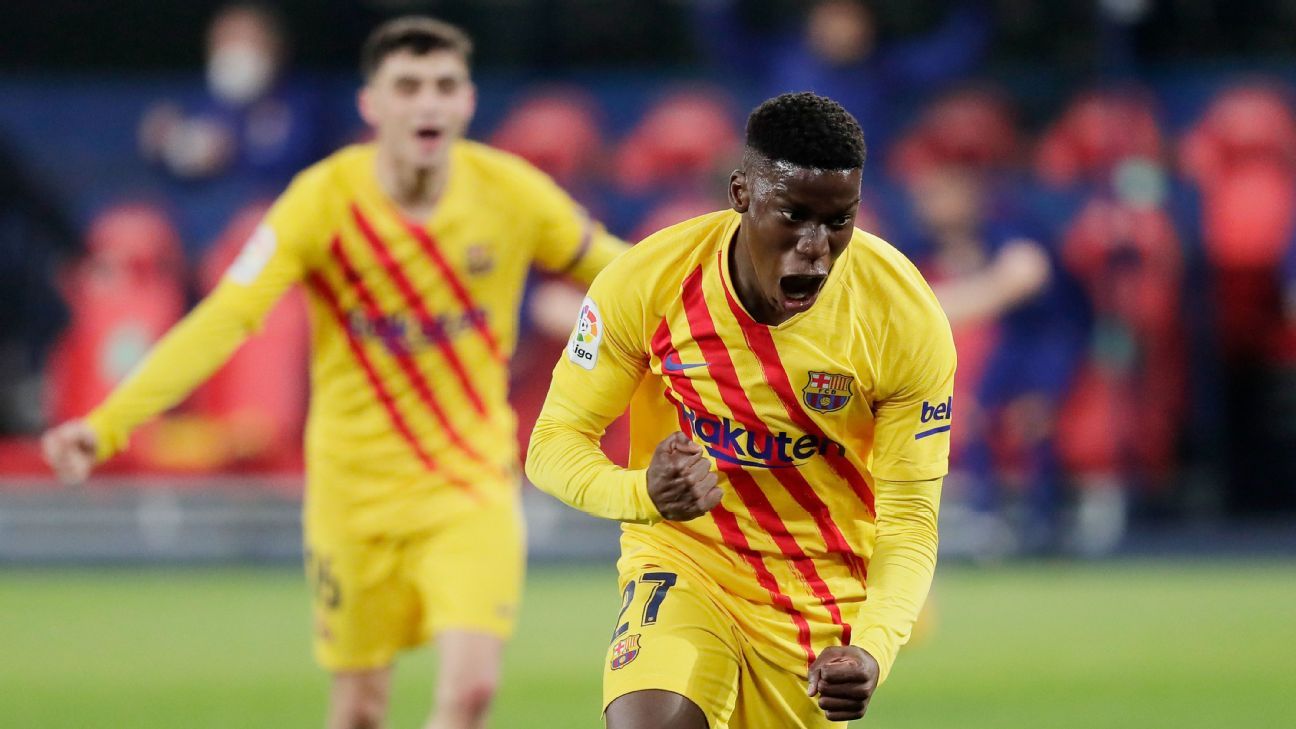 BARCELONA – Barcelona launched a notice on Tuesday to Ilaix Moriba, summoning to train with the first team the also youthful Alejandro Balde, whose renewal negotiations were also known to be stalled and that on Monday they were run amok between his representatives and the club’s executives.

The agents of Ilaix, whose contract ends in 2022, still do not accept Barcelona’s postulates … And as long as they remain in their position, the young midfielder will remain training with the subsidiary team.

Alejandro Balde, a 17-year-old left-handed winger who is highly regarded among the technical services of Barça, renewed for three seasons in the summer of 2019 when he became a youth and after several months speculating about his departure by having on the table offers from Liverpool and from Chelsea.

Now, a year after concluding his contract and although the club says that it maintains an extension option for another two seasons, talks were started to make a new contract that did not advance with its new representative, Jorge Mendes, and that caused that Despite the fact that during the last months his presence in the preseason with the first team was taken for granted so that Koeman could assess whether, taking into account the financial problems of the club and once Junior Firpo was transferred, he was ready to be an alternative to Jordi Alba.

The differences between what the club offered and what its representative claimed caused that on Friday, by surprise, he was informed that the preseason would begin in the subsidiary, understood as a warning that it would not be taken into account for the first team as soon as it did not accept the club’s postulates … And in just 48 hours his advisers, led by Mendes, resolved to bring positions closer to Barça, which is why, immediately, Balde was called in to exercise under Koeman’s orders.

The case of the young full-back leaves Ilaix in a difficult position, who welcomed his situation with undisguised surprise and disgust … And it has caused an obvious disappointment within the club, which since the meeting he held with his representatives on June 17 has not He has heard from them again, once they rejected the first proposal that Mateu Alemany sent them.

Barça remains firm in its intentions and does not intend to promote Ilaix to the first team training sessions until its representatives agree to negotiate from the club’s position, with a fixed salary well below that demanded by the agents and various incentives based on in its performance.

It must be remembered that when he renewed his contract, in April 2019, Ilaix became the highest paid youth in the history of Barça without having debuted in the first club, with a token close to a million euros and a commission to be distributed with his former representative (Jonathan Barnett) of 2.5 million euros.

Despite his excellent emergence in the Barça first team last season, sponsored by Ronald Koeman, accumulating 18 official matches and being considered a safe bet for this new season, the club is willing to keep him out of the coach’s plans until don’t change your posture.