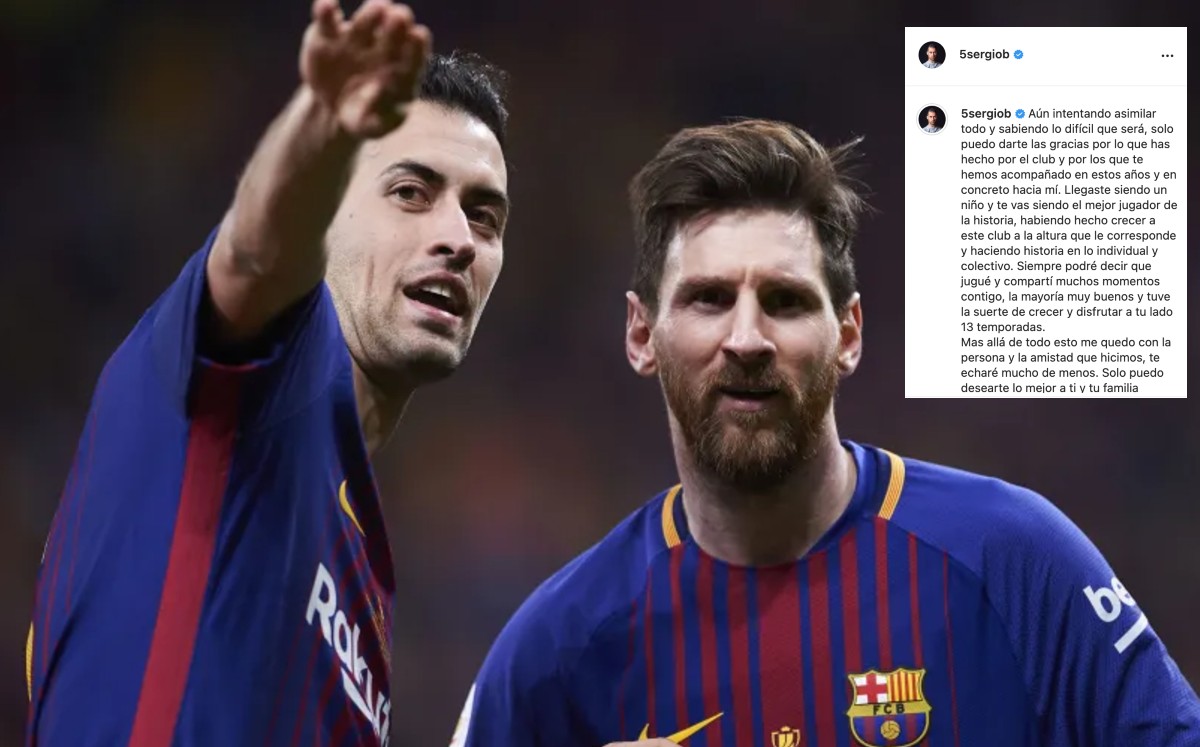 
The player of the FC Barcelona Sergio Busquets, new captain of the bluagrana team after the departure of Leo Messi, was the first member of the staff to publicly say goodbye to the Argentine, whom he will miss “a lot”, and whom he described as “the best player in history.”

“Still trying to assimilate everything and knowing how difficult it will be, I can only thank you for what you have done for the club and for those of us who have accompanied you these years and specifically me. You arrived as a child and you leave being the best player in history, having made this club grow at the height where it belongs and making history individually and collectively, “he wrote Busquets in your account Instagram.

“I can always say that I played and shared many moments with you, most of them very good, and I was lucky to grow up and enjoy thirteen seasons by your side. Beyond all this I remain with the person and the friendship that we made, i will miss you so much. I can only wish you and your family the best because you deserve it. They will be missed, “he concluded. Busquets.

The Catalan midfielder was the first to say goodbye to Messi on social media, almost a day after his departure was announced. TO Busquets his partner followed him Ansu Fati, who said he had fulfilled his “dream” of sharing a team with Leo Messi.

“All the boys who come to La Masía dream of being able to play with you. I feel lucky to have fulfilled it. I wanted to thank you these two years for your gestures of affection towards me and for everything I learned, Messi. My family and I will always be eternally grateful, I wish the best to you and yours, “he wrote Fati.

Also, former players like Carles Puyol They also joined in the farewell of the ’10’ blaugrana. The mythical captain of the Barça assured that “they will never “be able to thank” him for everything “he has given” to the club. In the same way that Xavi Hernandez, who said that “As a culé, as a partner and friend, I can only thank you”. “Whatever you do I wish you the best,” he added. Xavi.