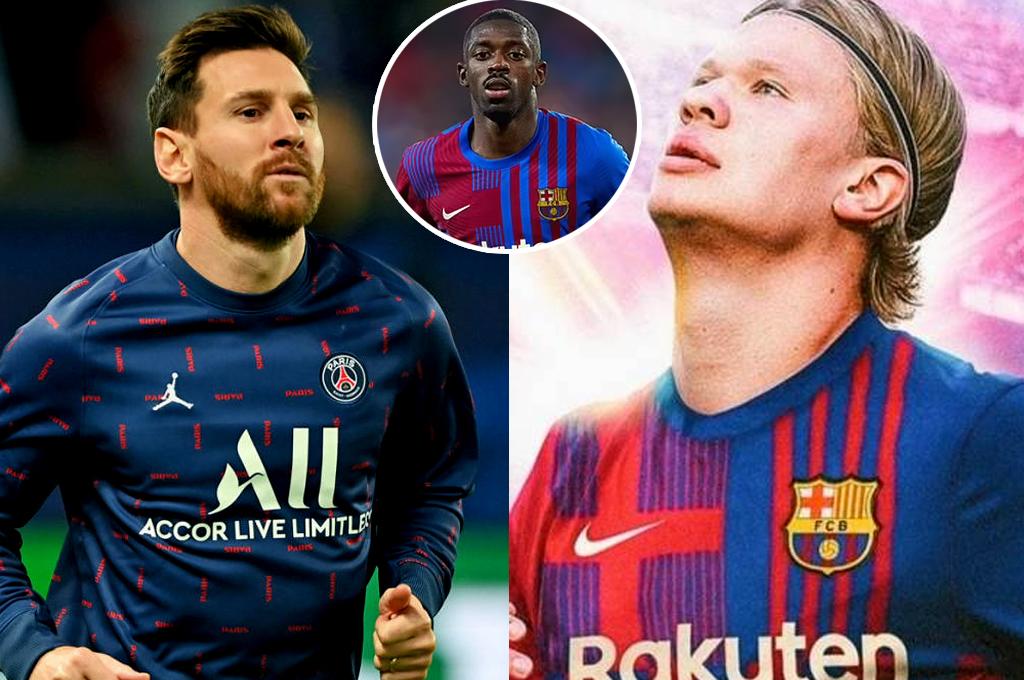 Barcelona seems to get excited after overwhelming in the Spanish classic Real Madrid. The bonds are growing thanks to the technical hand of Xavi and the presidency of Joan Laporta.

SEE MORE: The 6 highest paid players in LaLiga in Spain

The Catalans had a busy winter market with the additions of Fernando Torres and aubameyang, players who are already beginning to stand out with the culé shirt. As well they have closed the Ivorian Franck Kessié.

However, it is known to all that the Spanish club is not going through a good economic situation. The numbers of Barcelona they are in the red and that is why in the next transfer market they will not be able to commit to signing players with high salaries.

However, regardless of all that, the barca will continue to insist on the services of the Norwegian Erling Halanda player that a few weeks ago Laporta had given up due to his large record.

Enric Masipadviser to the presidency, has rekindled the light of hope so that the Barcelona get excited again with the signing of Haaland.

The leader of the Catalans, during an interview with ‘El Larguero’ on ‘Cadena Ser’ and in ‘El Partidazo de COPE’, has said that the signing is not impossible although it is clear that many things have to happen to obtain his signing .

“The signing of Haaland is difficult, but not impossible. Many circumstances have to be given to be able to sign him. The club, despite the economic situation, is looking for formulas to continue signing. I refer to what Laporta said: the club is going to sign, but for someone to come, there must be exits. Barça must sign the best. Haaland is a great player”, assured Masip.

Likewise, the Barcelona leader is clear and sincere in saying that “I would prefer that Mbappé and Haaland not get together in Madrid.”

Lastly, he spoke about the possible renewal of the contract of Ousmane Dembele and a hypothetical return of Leo Messi to the Camp Nou for the next season.

“It is not known what is going to happen (with the renewal of Dembélé). He is a decisive player and it seems good to me that Xavi uses him while he thinks about his future. The player has not said anything and there has been no further communication. Barça hasn’t thought about anything,” said Enric Masip, who also pointed out about Messi’s hypothetical return that “nothing is impossible, but there have been no winks as such from the club.”

Barcelona is excited about the signing of Haaland and retracts: “Erling is difficult but not impossible”