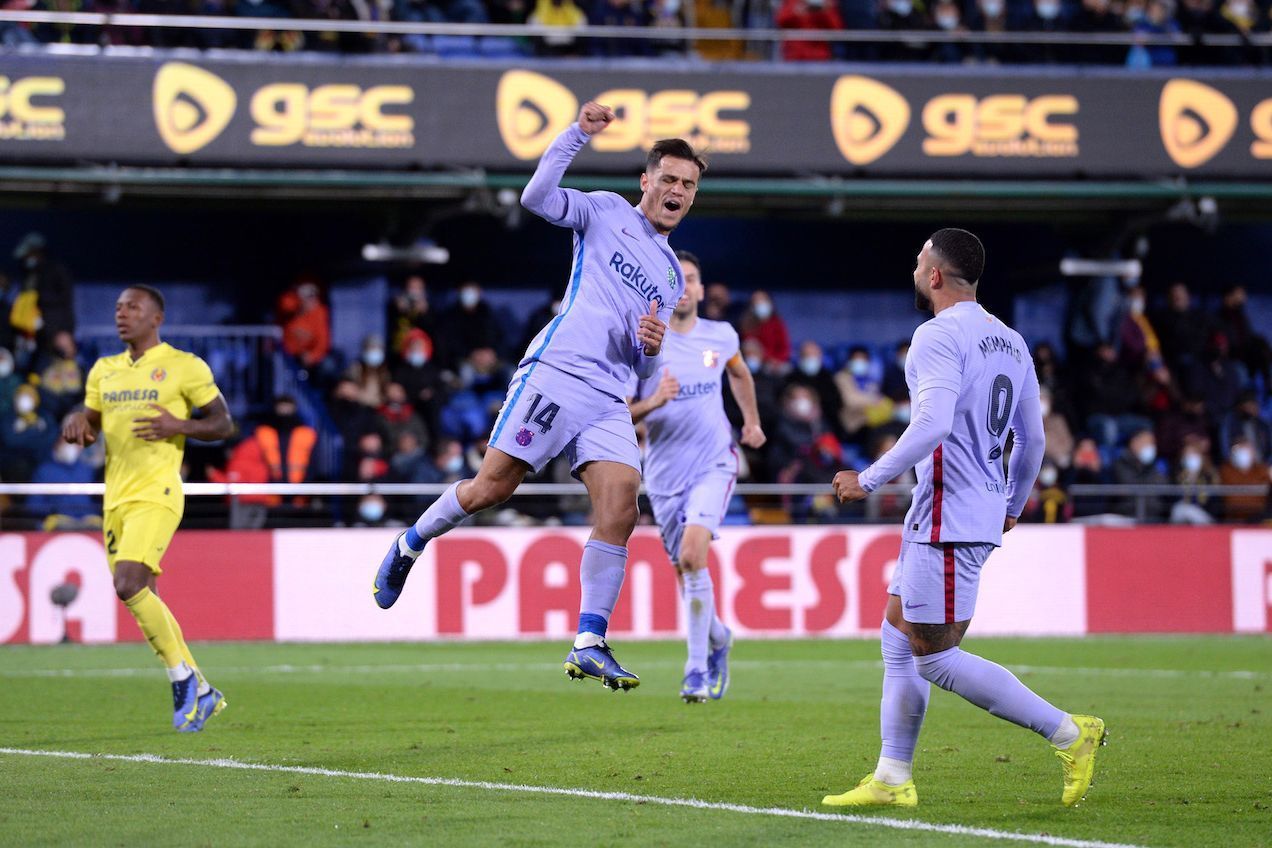 Barcelona ended their journey through the desert away from the Camp Nou in a league that had become a drama. The Barça team had accumulated three draws and two defeats since the season began at home in their worst start since the 1986-87 season, when they linked the first six games without winning away from home (five draws and one defeat). The late goal of Memphis Depay, ended the losing streak and Coutinho’s penalty sentenced …

For 35 years, Barça had not started the League so disconcerted outside its stadium. Then he linked draws with Mallorca, Sabadell, Athletic, Real Madrid and Sporting, with a defeat in Murcia between them, which, however, did not penalize him as this season since after twelve days, when he equalized in Gijón, he was leader (17 points) tied with Real Madrid.

Times have changed more and more, and the Barça team was never seen in a similar situation again at the start of the championship. It took five trips to win his first game in the 1989-90 and 1991-92 seasons or he tied the first two starts in the 207-08 and 2011-12 campaigns, but his league beginnings did not resemble that fall of 1986 until this same course, when before playing at Villarreal he drew in Bilbao and Cádiz, he lost in Wanda against Atlético and Vallecas and tied in Balaídos against Celta, letting a 0-3 income escape with which he beat the break.

At the El Madrigal stadium Barça might have stumbled again. It would not have been a surprise in view of the game, dominated from the beginning, locked and suffered later, fortunate at the beginning of the second half with De Jong’s goal and sentenced at the end by Memphis, with an excellent finish, to add his eighth goal from the season and, even for a few days, silence the criticism that began to multiply around him.

It was not, at all, a comfortable game for Barça. From the outset, Parejo protested a stomp on Busquets, which even deserved expulsion, was not considered or a warning by the referee or the VAR … which soon after was again in evidence, even more, in a slap from Piqué that well deserved to be penalty … It was the VAR, precisely, the one that validated the 0-1 marked by Frenkie de Jong, previously canceled by the referee for an offside that was not Memphis and that seemed to give Barça the necessary peace of mind after a hysterical end of the first half. Although it was nothing of the sort.

Villarreal rebelled, Xavi’s team dwindled and ended up drawing Chukwueze a quarter of an hour from the end to depress a Barça that was heading for another disappointment … Until Memphis Depay appeared with an excellent play, starting and final, to score the 1-2 that ended up burying the Coutinho ghosts, provoking and scoring a penalty in the final stretch.

Fought, suffered and celebrated, Xavi’s Barça enjoyed their first league victory away from the Camp Nou after five initial setbacks and that for a few minutes seemed to be heading for another disappointment and adding their sixth exit without victory, something that had not happened since 1986.