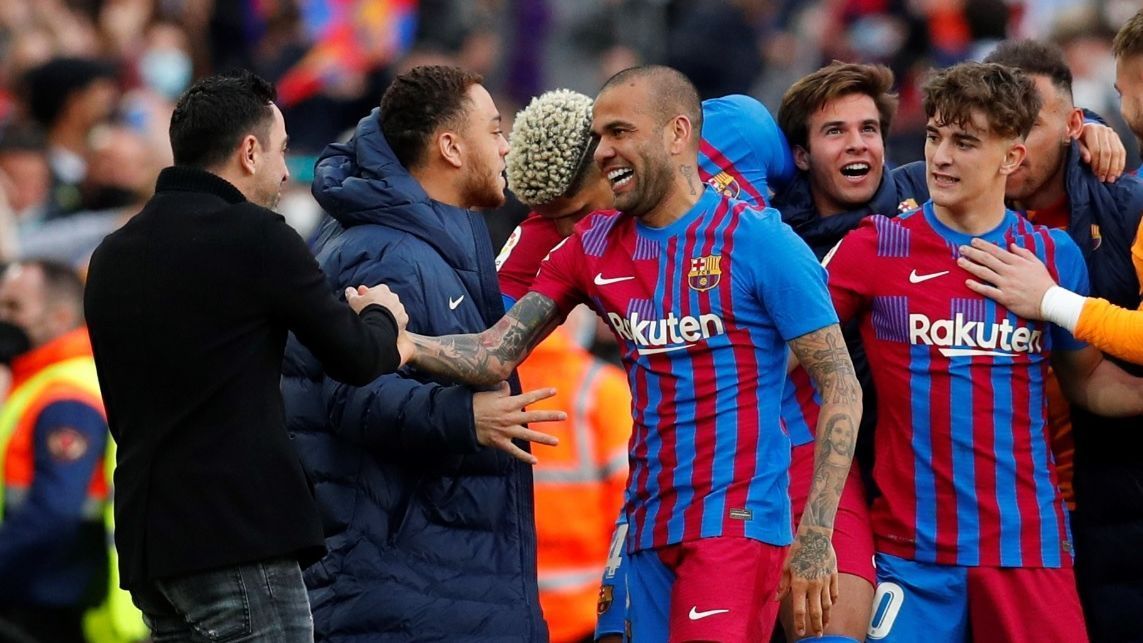 February it was almost a month perfect for FC Barcelona in terms of results, and highly encouraging on the subject of performance.

The calendar announced a series of matches applicant for the club, which were resolved in a shinywhich meant a decisive emotional blow to reinforce the incipient project of Xavi Hernández.

In four of the six matches played, two of them in the Europa League against Napoli, Barça shone and thrashed: to the Italian team —in the Vuelta and as a visitor-, to Atlético de Madrid, Valencia and Athletic Club. Nothing bad.

However, beyond the necessary and decisive victories, these were accompanied by some extremely nice ways. They gave the Colchoneros a dance for 60 minutes to the extent that the 4-2 was very generous for those of Cholo Simeone.

After a first leg game in which they beat Napoli from start to finish at the Camp Nou, a 1-1 was disappointing because Ferran Torres did not go out with the right sight and missed at least three sung goals.

In the Vuelta match at the Diego Armando Maradona Stadium, Xavi’s men simply ratified his promotion with what could be the best performance since the technician took over from ronald koeman.

The azulgrana seized the ball, imposed their stylereached the goal through different societies and they were highly effective in erasing an opponent who was no small thing and who today is in the midst of fighting for the ‘scudetto’ in Calcio.

The only game in which there was some rush was in the Catalan derby against Espanyol, where a header was necessary agonized de Luuk de Jong to decree the 2-2, although in the process the Catalans had been superior.

The state of grace of Barça is mainly due to two reasons: the time that Xavi has had to work and that the squad is gradually assimilating his idea after hard blows (being left out of the Champions League in the Group Phase, the Copa del Rey and the defeat against Real Madrid in the Super Cup), and the arrival of the four reinforcement.

Dani Alves, Adama Traoré and Pierre-Emerick Aubameyang have been decisive in the promotion of the culé practically without requiring time to adapt. Not so Ferran Torres, who despite having the coach’s absolute confidence is far from the expectations generated upon his arrival, as it was the stellar signing.

The Round of 16 of the Europa League appears on the horizon, which is practically the only competition that the team aspires to win this season, and in LaLiga it is obliged to finish among the first four, and it already has Betis within a stone’s throw is third.

Thus, for those who thought that the philosophy of Xavi was mere speech and he would not have the sizes to apply it in Barcelona as he had been doing in Qatar, they made a mistake resounding.

This Barca already breathe again through your essence which is none other than to win by the path of beauty.

Barcelona and the return to the essence: Winning through beauty