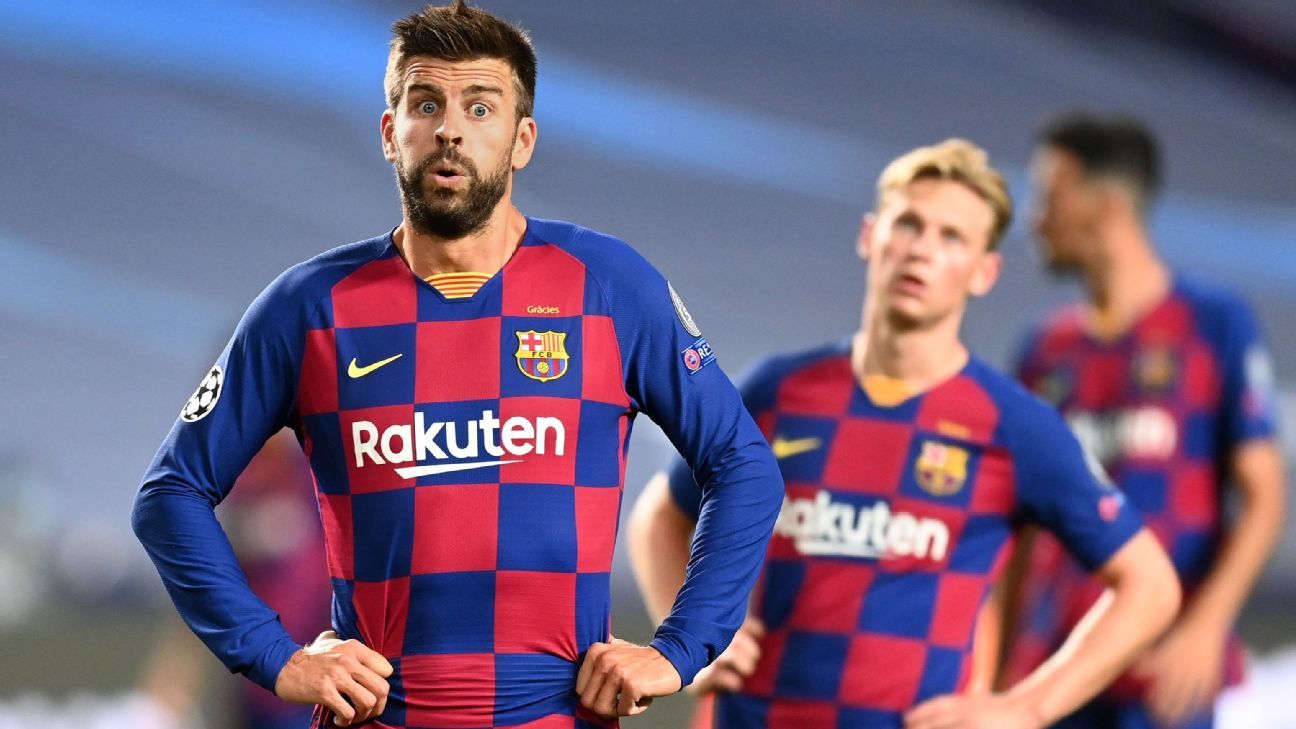 BARCELONA – Bayern Munich, which passed like a cyclone through Leipzig on Saturday, already has five victories in a row this season and appears in Barcelona with the memory of the worst sports nightmare that Barça suffered in Europe. Barely 13 months after his last face to face and the 2-8 in Lisbon is not erased around a Camp Nou where the premiere of the Champions League is expected with excessive caution. It is not strange considering a palpable reality: today the German team is a step, or two, above Barça.

Led by a Robert Lewandowski who is called to be one of the undisputed figures of the Champions League that opens on Tuesday, Bayern’s potential is so indisputable that it presents him as a huge challenge for Ronald Koeman’s Barça, faced with good luck. first with one of the favorites of the tournament along with Manchester City, Chelsea or, above all, PSG.

Seven of the starters of that Bayern of August 14, 2020 repeated in the eleven that beat Leipzig this weekend and in the squad, which Dayot Upamecano has joined this summer, the presence of Leroy Sané, arrived a year ago from Manchester City, Süle, Sabitzer or the youth squad Stanisic to complete a group whose backbone is only missing David praise but he maintains the Neuer, Kimmich, Müller, Lewandowski, Goretzka, Pavard or Gnabry (whose injury makes him a serious doubt to face Barça).

There is also a change on the bench with the presence of the young Julian Nagelsmann, as determined to keep the roll in the Bundesliga (nine consecutive titles and fifteen in the 21 seasons of this century) as determined to regain the continental throne from which PSG separated him in the quarterfinals of the last year. For this he maintains a known overwhelming style and a defined personality.

It is difficult to guess, with the naked eye, a weak point in the oiled Bavarian machinery and perhaps Alaba’s departure to Real Madrid is a circumstance to take into account. The absence of the talented Austrian player leaves Alphonso Davies as the absolute owner of the full back and left wing. The young American has enormous offensive power, yes … But it is difficult to regain position, forcing the left-handed central defender to urgently cover gaps in the event of a rival counterattack and leaving behind unguarded.

Bayern is not a team given to pampering the ball excessively. It never was and it would seem more that in Guardiola’s time it was the coach who ended up adapting to the Bavarian philosophy than the other way around. He imposed his stamp on it, which is maintained, yes, but with an indisputable premise: the rhythm, pressure and intimidation are indisputable.

The intensity of his game is not in dispute. Asphyxiating pressure already in the rival area to prevent the opponent from being able to leave comfortably and start there to take center stage. The harassment is constant under the prism of Thomas Müller and the accompaniment of the indestructible Gortezka and Kimmich, a superb all-rounder and undisputed brain of the team in attack.

The dizzying transitions are weapons of mass destruction for an opponent who loses position if Bayern recovers the ball in their midfield zone. Barcelona suffered it, and in what way, in Lisbon and it remains a non-negotiable key. Nagelsmann’s footballers deploy with strategic speed and order, keeping Lewandowski as their spear point, always attentive to arrivals on the wing or the definitive combination of Gortezka and Müller, imperial trotters in the driving.

Robert Lewandowski He has scored eight goals in five games this season and the team reaches 28 in six games, taking into account that it made its debut in DfB Pokal with a 0-12 run over the modest 5th category Bremer SV. Discounting that festival, scoring 16 goals in five games after having faced Borussia Mönchengladbach (the only one capable of drawing a draw at the moment), Borussia Dortmund, Cologne, Hertha and Leipzig is not anything and denotes that Bayern’s offensive grease is at hand. full performance.

The responsibility for the filmmaker has no secrets in the Bavarian team, with Lewandowski, the second highest scorer in the club’s history with 302 goals since 2014, the undisputed protagonist … And who aims to be a tremendous threat to Gerard Piqué. He has scored 35 goals in 27 games played with Bayern since the beginning of the year and he has celebrated them in all ways and conditions: his ability to define is extraordinary … and just in case he has the accompaniment, a brilliant appearance, of the young Musiala.

The system is another of the inalienable aspects of Bayern, which has not changed with the arrival of Nagelsmann to his bench. The marked offensive character begins through Kimmich and can develop both with the arrival from the inside of Goretzka and Müller and from the outside, with the verticality of Gnabry, Sané, Coman and the young Musiala or the incorporation of Davies and Stanisic or Pavard. from the sides, always with the Lewandowski reference pointed.

In defense, the immediate adaptation of Upamecano as a central reference is expected, who must be accompanied by Süle or Lucas Hernández, remaining indisputable in the goal Neuer, heir to Oliver Kahn and untouchable since his arrival in 2011 from Schalke.