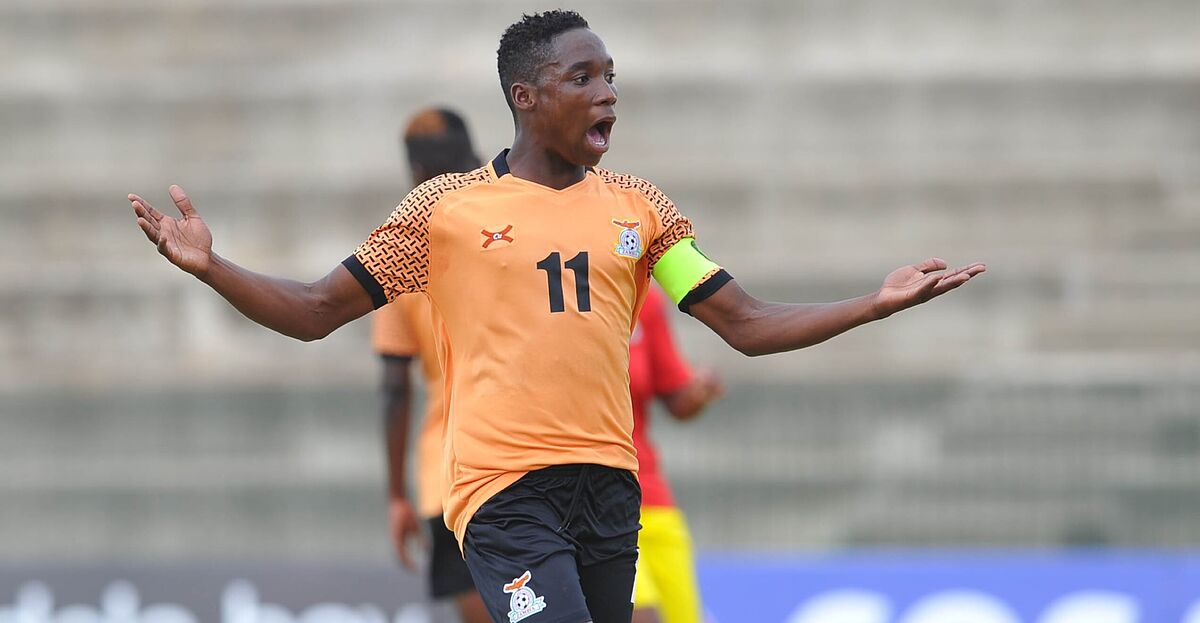 Barbra Banda (Lusaka, 2000) began playing soccer at the age of seven on the dirt fields of her neighborhood. She had to play barefoot, because her family, poor and humble (she is the second of six siblings), could not afford her boots. He chose sports to escape poverty and the paths (alcoholism, drug addiction …) that he often leads you to. He played soccer following in his father’s footsteps and tried his luck in boxing inspired by his compatriot Catherine Phiri, but ended up opting for the ball as a compass of life.

“My mind was too focused on soccer and I couldn’t focus much on boxing,” says the man who had five victories in his five professional fights. “I thought I had to follow the path that I felt most comfortable with and I chose football,” he adds. After playing in his country in the ranks of Indeni Roses FC and Buffaloes Women FC, he made the leap to Europe to play in the ranks of EDF Logroño (currently DUX Logroño).

He left his mark in Logroño

“She is an out of series. She has strength, speed, goal, commitment, sacrifice … everything you should ask of a top player,” the Spanish-Guinean woman analyzes in BRAND. Jade Boho, who coincided with her the 15 months she spent in Logroño (28 games and 10 assists in 15 games). “It drives any defense crazy. I remember a game against Barcelona. From the bench the indication was clear: ‘Run run run… ‘. I remember that Mapi already laughed at it and snorted every time he had to come out after her, “he says.” Besides being a great footballer, he is a very good person. Attentive, calm, maybe a little embarrassing at first. She is very young and we will surely end up seeing her in one of the great teams in Europe, “says Boho.

Banda’s ‘discoverer’ was Fernando Martínez, EDF sports director, who was amazed when a representative gave him videos of his matches with the national team. “I remember that I had just dropped a signing that I had closed and I was looking for alternatives. When I saw Banda in action I did not think about it. He had a beastly physique and was not without technique,” says the manager in MARCA. The transaction took a bit longer because Barbra had to be disengaged from the army and this was achieved by signing a three-year professional contract. “We knew that she was a footballer with room for improvement and we were not wrong. The time she was here contributed a lot. She is a very professional and hard-working girl,” he highlights. “We enjoyed it until an offer that was impossible to reject arrived, an economic proposal that would solve his present and that of his family. At the club we have always understood that people are above everything and there was no problem reaching an agreement between all of them. the parts “, resolves Fernando.

It is one of the series. She has strength, speed, goal, commitment, sacrifice … everything you should ask of a ‘top’ player

Spain was a showcase for Banda, which starred in the third most expensive transfer in the winter market of 2020. From Logroño to Kunming and from EDF to Shanghai Shengli, where in its first season it ended as Top scorer in the Chinese Super League with 18 goals in 13 games. He signed for three seasons, but his evolution and room for improvement (he is just 21 years old) could precipitate his return to Europe to play in one of the large. Although it is demonstrable how difficult it is for an African soccer player to find a place in the Old Continent. “It’s a shame that the best clubs abroad turn a blind eye when it comes to African footballers because their teams are not as developed as in other countries around the world. You need to shine individually in major international tournaments for Africans to be recognized, “he said on his social networks Janine Van Wyk, captain of South Africa and who has played for the Houston Dash, Fortuna Hjørring or Glasgow City among other clubs.

Captain and emblem of Zambia

It is not easy to shine in a team like Zambia, currently ranked 104 in the FIFA rankings. and whose international participation is limited to three editions of the Africa Cup and one Olympic Games. Barbra Banda is the captain of the Copper Queens, a selection with whom he made his debut at age 13 in the Under’17 category and at 16 in the absolute. “I have seen her grow from very low. She is always learning, and she is a person who wants to learn every day. Her attitude in training is different from the others. Other players are learning from her. In the future we will produce more players like Barbra Banda “, says the coach Bruce Mwape.

In Tokyo it is leaving its mark. Banda has achieved a milestone that no one to date had achieved in an Olympic Games: scoring two hat tricks in a row. (In men’s soccer it was achieved by Argentine Domingo Tarasconi in 1928).

With his six goals (three against the Netherlands and three against China), Barbra has equaled the best goalscoring record of an Olympic event and aspires to the Golden Boot in this edition. “It’s good to make history when you have the opportunity, so I have to keep working hard and break more records. I still have a long way to go, I just have to be disciplined because I want to become the best footballer in the world,” says the protagonist , which to date accumulates 39 goals in 39 games with his national team.

Band and Copper queens their continuity in Tokyo 2021 will be played this Tuesday (13:30 Spanish time) against the Brazil of Marta Vieira da Silva, one of Barbra’s football referents. They will have to score to continue their Olympic adventure and goals can be decisive in sealing the presence of the African team in the quarterfinals. And Barbra Banda knows a little about that …

Barbra Banda has an NGO under her name whose objective is to raise funds to help women athletes reach their full potential, help alleviate poverty in the country through sports and fight against gender violence and inequality. “I do not come from a place of abundance and therefore I understand what it means to need help and that no one is willing to offer it to you”said the protagonist in the presentation last February. “I have also experienced how easy life becomes when you have people willing to help you on your way to success.”he added.