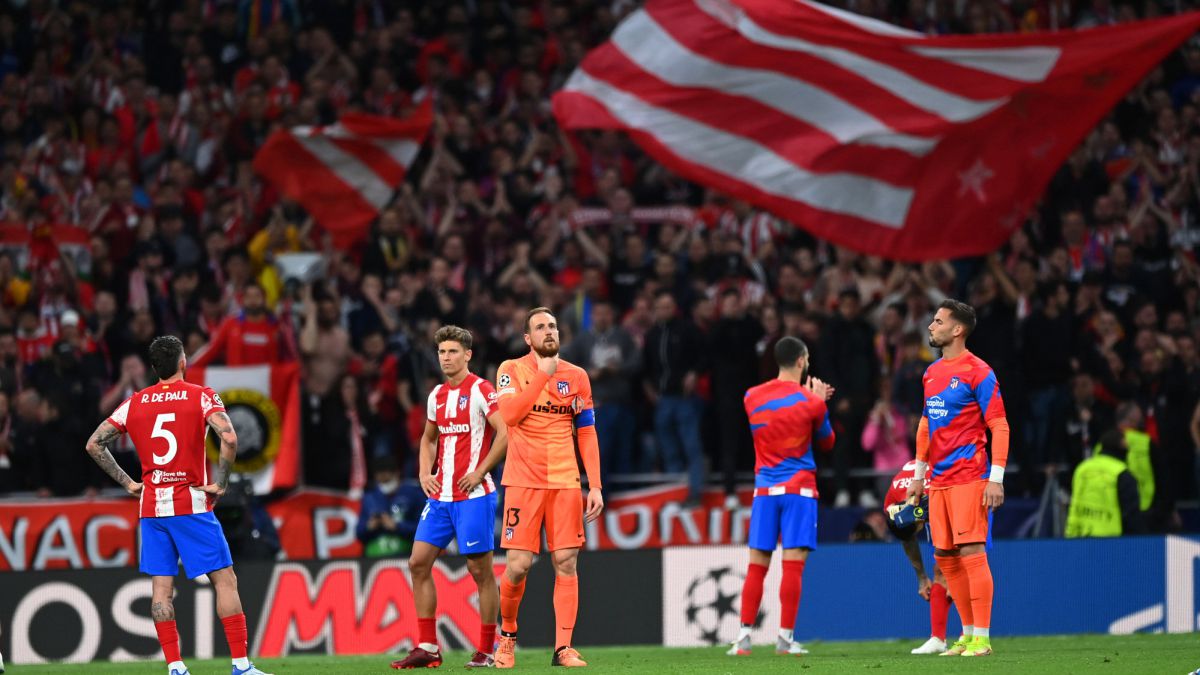 The Atleeeti, Athletic stung silence at the end of the game. It was a cry to heaven from the Metropolitan. A cry dedicated to those brave men who watched from the grass. Broken, paralyzed, in tears. Several minutes ago the game had ended and they still hadn’t been able to leave. They were held back by their people, his fans, that Atleeeti, Atleeeti. He had lost his team, eliminated from the Champions League, and yet no one there felt like a loser.

This is a tie that can only start to be written at the end. When the shine is ash. When you see Guardiola finish it off with his fists raised, embracing zero cerismo and the 1-0 first leg as a ticket to the semifinal. Atleti woke up late, when the rooms had only forty-five minutes left. Forty-five minutes that he filled with chances. Forty-five minutes of tachycardia in the chest, of praying that word out loud, Atleeeti. Forty-five minutes in which extra time was caressed while the City footballers, incapable, fell to the ground like skittles, in that old trick of football since prehistory: waste time when you win and want to win. Yes. Also Guardiola.

From the first ball, Simeone showed that the idea was different, this time around the second part of his plan. Lemar was the novelty in his eleven. A Lemar to attract and filter between the lines. Opposite, for City, Bernardo Silva played false 9, Walker was back and Cancelo and Mahrez widened the space from the wings. Atleti had a clear script. Every time he got a ball, he went out on the wing and Lemar looking for João. The first, fast and one touch; the second, free. Koke, covering the backs of both.

At fourteen minutes, a bandage covered Foden’s head after a jump with Felipe. A Felipe in one of those days that he has and that are capable of ruining anything. Until epic. A little later it would be seen. The yellow that she played then saw her shortly after a protest. At his side, luckily, Savic was going about his business, cutting everything. On his firm shoulders and the legs of Kondogbia, with the ball and without the ball, short and long, Atleti dared to rise up to hold Guardiola’s gaze.

A Guardiola who came out of the labyrinth exchanging Silva and Foden. The match clicked. The first, undetectable, began to always receive space and time to think, opened the grass. The Atleti began to worry again more about tying than about untying himself. Gündogan finished off a ball to the post and Felipe avoided Foden’s goal in the rebound by putting his chest. The rest appeared with the 1-0 of the first leg without stain. But it is that in the 5-4-1 João was too alone in front of the world.

In the dugout, Atleti must have looked at the clock. The 180-minute game had 45 minutes left. And to Atleti and only one thing to change that destiny written in English: go out and be Atleti. But the real one. To die. The one that is capable of moving to the very root. He burst from the dugout with clenched jaw, power and intent. Atleti began to bite and steal as they had not done in the 135′ that had already passed these rooms. He had woken up and the tie was still there. Lemar, Griezmann and João met, the Metropolitan raised his old Calderón-lined voice. The game was filled with balls whistling around Ederson.

João finished high a center from Llorente, a shot from Griezmann went wide almost kissing the post. The assists attended to a fallen Walker on the grass, Simeone introduced three changes: Carrasco, De Paul and Correa. It was 69′. More electricity and vigor. The English were drowning in so much rain of the ball and chances. He stroked De Paul’s extra time twice, but one shot went wide and another high. Correa looked for her with his boot and pointe. Eight minutes from the end Cunha and Suárez came out. Last part of the plan. Now only the epic remained. But Stones got in the way of a ball from Cunha and Savic was left without an angle in the corner. But Carrasco’s center did not find an auction. Atleti so close, it seemed. The Atleti so Atleti, at last. But Philip was still there. And Felipe mowed down Foden so that this match watered in gasoline would explode at the end. So much tension, nerve. Tangana, red, 11′ discount. Correa had it, in the end, but Ederson disrupted it. The Champions was leaving. The Atleti fallen for that wound that seemed minor in the first leg and that was fatal. The referee whistled, no one left. The stands began to sing that Atleeeti, Atleeeti excited, his braves.