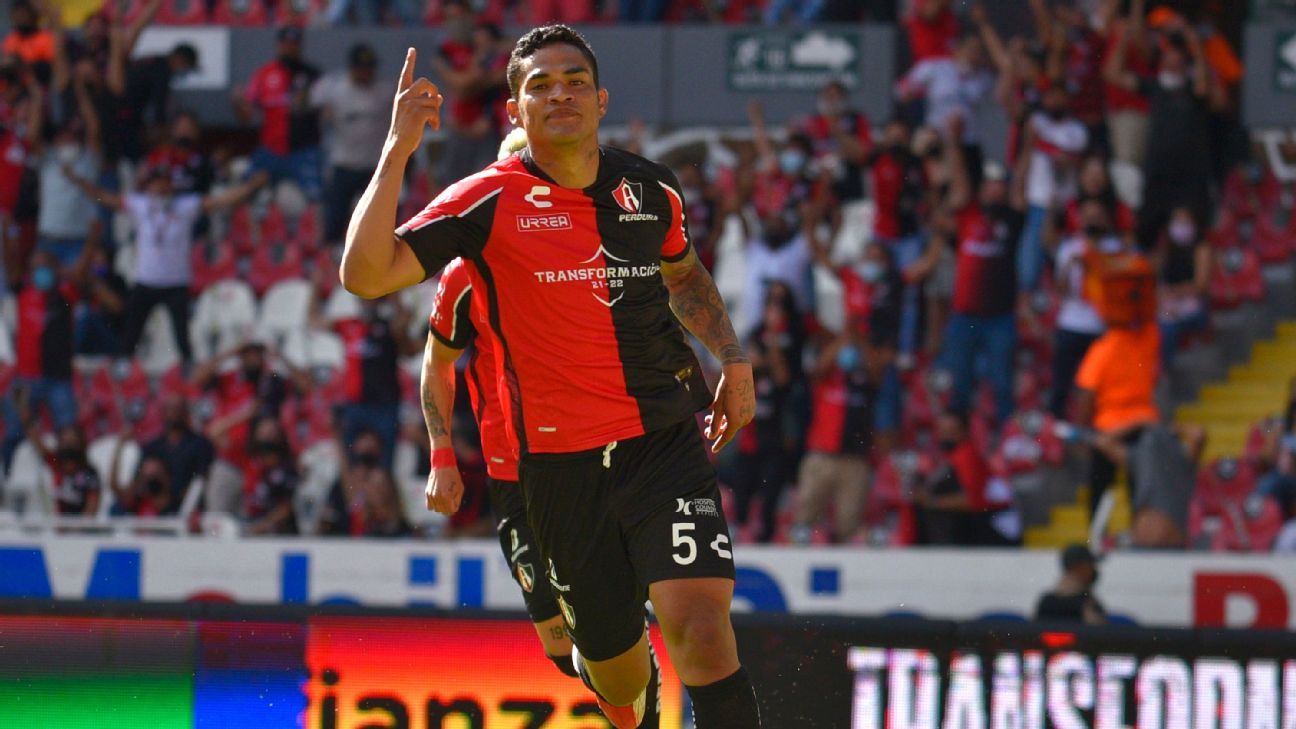 With annotations by Anderson Santa María and birthday boy Diego Barbosa, Atlas beat León 2-0 and rose to third position in Apertura 2021, in a match of the tenth round of Liga MX.

Atlas reached 19 points and is one of the leaders in America and Toluca, in addition to stringing together his third consecutive victory and six games without knowing the defeat. The green bellies are left with 15 units and add their second loss in a row.

Atlas received León with a line of five and two forwards, Julián Quiñones and Julio Furch, while León did so with four in the background, five flyers and only one forward, Argentine Emmanuel Gigliotti, who started his third match in the tournament , in which he has not played the 90 minutes so far. And surprisingly, Omar Fernández went to the bench, the same as Santiago Ormeño, which was noticeable throughout the game, since only Gigliotti in front made no noise.

The 1-0 fell early and there was no more danger in the areas. The heat was strong in the Jalisco Stadium, above 30 degrees, so at 25 ‘, the players lined up to hydrate.

Gigliotti was careless at 29 ‘and with his left foot he finished off entering the area, after a play of touches through the center of his teammates, which meant the best offensive action of the León, little for the great team he has, but his proposal was not very ambitious.

Then, within 10 minutes, the game was tough, with rough plays on both sides that earned Atlas two yellows and one for the Albiverdes.

The complementary part did not vary much. Atlas continued proposing the game, while Leon could never find his soccer.

At 50 ‘, the visitors were saved after a play by the band that reached the bottom and after a low center neither Quiñones nor Furch could divert it to the goal. The easy way with which Atlas entered the danger zone provoked a strong anger from goalkeeper Rodolfo Cota, who every time he took the ball was booed by the people.

The red-black attack predicted greater danger and at 60 ‘they scored the second to the unrecognizable León. Side Diego Barbosa celebrated his 25th birthday with a good goal that would ultimately give Atlas the victory. Barbosa took a low left-foot out of the area that went to the nets and with it added his second goal in the tournament.

In the last 10 minutes of play, the two teams were able to score and missed the opportunity; first León failed at 83 ‘, an action that later continued with a push from behind by Jaine Barreiro to Angulo that earned the Colombian a yellow. Then, after 90 ‘, Atlas sent a shot to the post of Cota, after an off-hook that would have been the third goal in his favor; finally, the tapatíos were left with the victory 2-0.