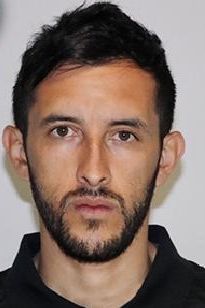 Atlas imposed conditions on the field of the Jalisco Stadium and defeated Tigres 3-0, thanks to the good defensive order during the 90 minutes, as well as the ability to take advantage of the rival’s mistakes to put them on the scoreboard

The gatekeeper of Atlas He became a factor in keeping his goal unbeaten, as he was attentive to the rival’s attacks on every occasion. Special mention for a save through the air at 77′, after a shot from Guido Pizarro which took camber towards the left square of its frame.

The right back became the ‘shadow’ of Yeferson Soteldo down the left flank, it prevented him from developing with ease and stripped him of the ball on several occasions to generate counterattack plays.

In his work as a central defender, he fulfilled his duty until the last instance, however, he left the field at 57′, due to a blow to the nose, for which he used a special mask for this duel, which prevented him from continuing on the canca. He gave up his place Gaddi Aguirre.

The leader of the red and black defense fulfilled his role in an outstanding manner and closed spaces to complicate the work of Andre–Pierre Gignac and company, with precise positioning and good reactions to cut passing lanes.

The central defender remained attentive to the danger that Andre–Pierre Gignac and company represent for the rival area and ended the duel on a positive note and even with a showy rejection inside the small area at 75, before a shot by Soteldo that caught goalkeeper Vargas off guard, who was recovering from a first save.

The red and black left back took the freedom that Jesus Duenas He gave him on that side to project himself offensively repeatedly. He had a direct influence on the scoreboard, after an overflow into the area at 36 ‘, which was interrupted by a foul by Nahuel Guzmán inside the area and led to a penalty scored by Julio Furch.

The weakest link in the midfield, as his passes were imprecise on several occasions and he exaggerated the revolutions of the duel. In the first period he committed a slide inside the box over Yeferson Soteldo that could be sanctioned as a penalty, but the ball went over the final line earlier, due to poor control of Quinones.

The team captain correctly carried out his duties as containment and his boots were also in charge of taking the ball to distribute it on offense and generate options, to the degree of contributing in both plays that resulted in a goal.

The usual left back received technical instructions to occupy the position as inside midfielder on the left and the technical bet worked, as his ability to team up with his teammates and shot from mid-range resulted in the team’s second goal at 60′.

The center forward met expectations during the 90 minutes and was in charge of opening the scoring at 40′, thanks to a shot from the penalty mark that entered the goal with suspense, as it crashed into the left post of the frame before blow up the stands

The striker meant constant danger for the goal of tigers during the duel and culminated the work with a goal at 90′, after an overflow in speed in which he left Igor Lichnovksy on the way and shot over the edge of the large area. Flor

He entered the field at 57′ for Santamaría and maintained the defensive solidity with which Atlas contained Tigres.

He joined 77′ for Julio Furch.

Atlas qualifications after the landslide victory against Tigres