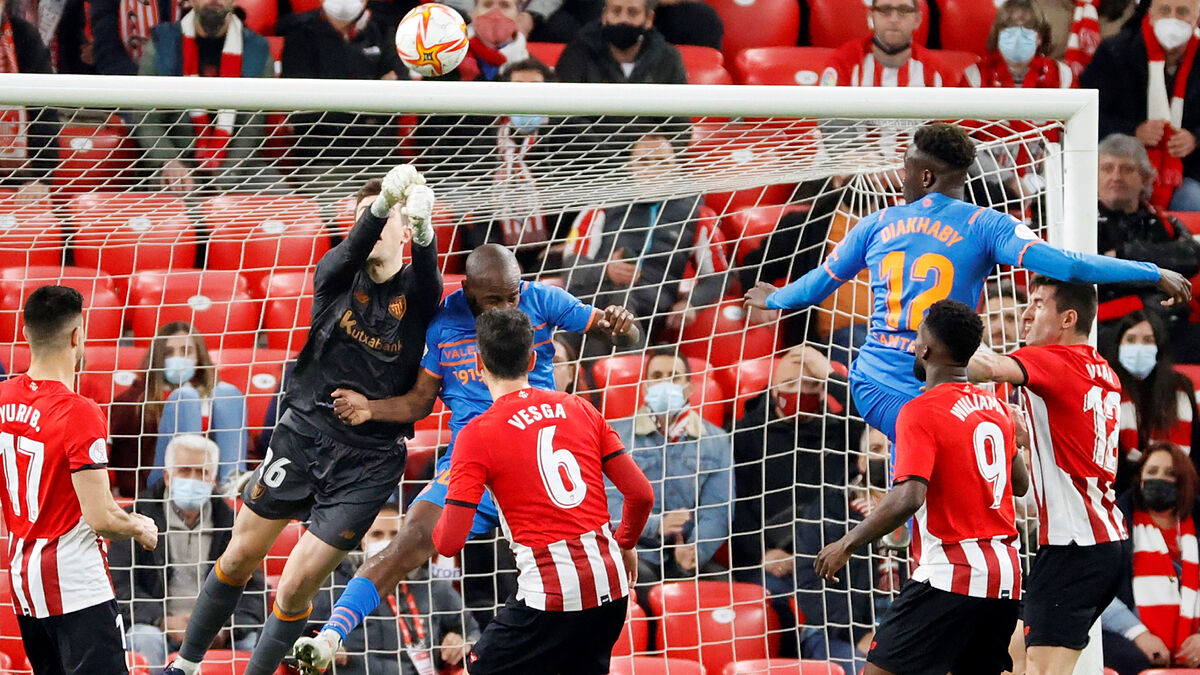 ANDn matches like Athletic-Valencia, it is missed that not the entire Copa del Rey is a single match. Surely the players would end up exhausted and not think the same as those who watched the game, but it would have been very attractive for the spectator to see an extension on a day like this. Two teams that are characterized by intensity took the match to a fight that will have its second round in Mestalla.

The match was dizzying from the start, as if the Cup was still being played as a single match. Neither of them seemed to think that this game was just the first part of a 180-minute game that will continue at the Mestalla. The atmosphere of San Mamés encourages it, of course.

And that was the Vaencia which entered with the best foot. Bordalás has it clear. Already, their teams work better the higher their intensity is. And if he has his ‘archenemy’ Marcelino in front of him, he knows that they cannot relax for a moment because, with another style, intensity is also its strong point.

The game was played at maximum speed, with intense duels in each zone of the field. More than half of Athletic was stepped on, but the rojiblancos tried to get rid of the burden by looking for the back of their rival’s advanced defense. And with the minutes he was getting it, moving the heat map closer to Mamardashvili’s goalwho put fear in the body of his own with an error after a transfer from Diakhaby and then he was safe against a shot from a difficult angle by Williams.

The equality was broken after 37 minutes, with a Muniain free kick that was a treat. He put it perfectly at the second post where Raúl García won the place due to experience from Ilaix Moriba and finished off the net. The goal was continued on another occasion by Williams, who Diakhaby took the ball from in the mouth of the goal just before finishing off.

At the break the two teams left in the middle of a brawl that cost Maxi Gómez the red card. They gathered strength in the locker room and continued with the fight, this time sporting, in the second. The game kept up the trend, with continuous duels that greatly entangled the game. A lot of fight and little continuity of the ballWhich didn’t last too long for either of them. The areas, yes, were little stepped on.

On one of those occasions, Valencia achieved the tie, in a rebound by Agirrezabala shot by Bryan Gil that Hugo Duro, very clever in the small area, pushed into the net. The striker from Madrid already qualified against Cádiz and once again scored a very valuable goal in this competition in which he did not get off to a very good start with Getafe in that match, precisely, in Mestalla, where a gap is being gained based on work and goals.

There was still almost half an hour to go and the pace did not drop one iota, although it was beginning to show that there is still one more game to elucidate the finalist. The intensity was maintained, for something it is the hallmark of both, but there were no emergencies. Neither clarity in the attacks. At such speed it is not easy, of course. That made both take the tie for good, leaving it for the owner of the lap.

Athletic and Valencia leave it for the second round in Mestalla