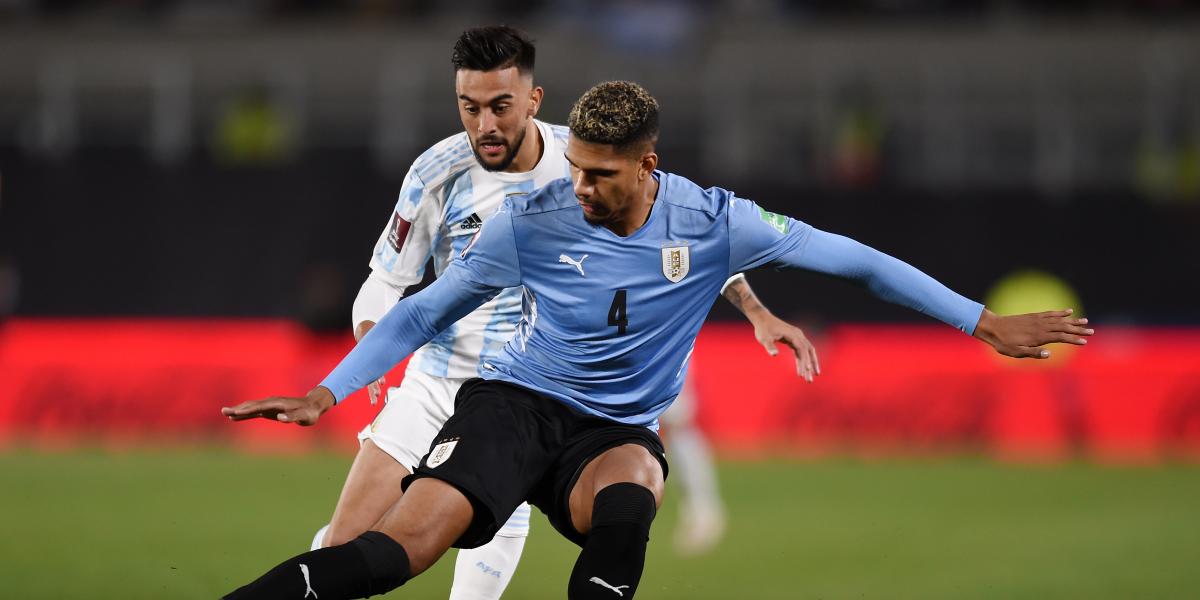 For now it is all speculation, because the new coach of Uruguay, Diego Alonzo, he has refused to speak of proper names. But the current moment Ronald Araujo, added to the realities of the rest of the reserves of the potential sky-blue central defender, place the Blaugrana in the starting eleven that on January 27 will play a good part of the option of qualifying for the Qatar-2022 World Cup, against Paraguay in Asunción .

Araujo It was the title of the main Uruguayan newspapers in the last few hours, and a reason for comment from local fans, because that recovery from the fracture in his right hand that was originally announced for between one and two months, ended up returning him to the fields in five

The second and third metacarpals of the right hand, operated on last Friday, January 7, did not prevent him from playing on Wednesday the 12th against Real Madrid in Riyadh. In Uruguay it did not go unnoticed. The character and immense willpower of the defender born in Rivera, Uruguay, is what the sky blue needs to twist the elusive course in points of the last dates of the Qualifiers, and come in fourth world consecutive to the maximum appointment of football.

On January 27, the charrúas are playing a lot. Today they are seventh, but interspersed in the table with chili, Peru Y Colombia. The first four qualify directly to qatar and the fifth goes to playoffs.

Possible headline on the 27th

You have to read between the lines the statements of the DT of Uruguay, Diego Alonso. When asked by MD, at the press conference at the beginning of January, if Diego Godin would be the captain on January 27 in Asunción, the coach refused a direct answer, arguing that he did not want to talk about proper names.

But in the case of Godin, selected for more than 15 years, and captain since 2014, the silence of Alonso can be interpreted as a NO. In addition, the former Atletico Madrid, played his last official match in Cagliari in December, and now he left the Sardinian team to join the Atletico Mineiro from Brazil, but it hasn’t debuted yet and won’t until February.

There is more. Luis Suarez has had captain actions in recent days, so the firm-based speculation is that Godin will not be the owner and Suarez will play and be the captain.

The other historical in the light blue central behind, Josema Gimenez, carries irregularity, and in his last match for the Spanish Super Cup against Bilbao he ended up being sent off in the final stretch of the match. Then, this dazzling moment of Ronald Araijo, points him to start on January 27 against Paraguay.

Astonishment in Uruguay with Araujo, who aims to start in the national team