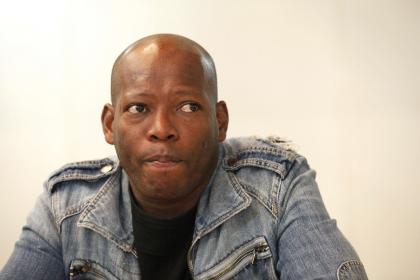 Faustino Asprilla started 2022 with news that hit him hard and saddened him. This was what he made known to his followers on social networks, because someone who was essential for him to succeed in Parma in Italy, in the nineties, passed away.

“Today I woke up with a deep sadness, Calisto Tanzi has just left us, he was the owner of Parma, the man who made a small city great because without him Parma would not have existed. That made possible the dream that I would go to play in Italy, that he always treated me not like a footballer but like his son, he gave me his support, his affection and his love, not only to me but to all the players who passed through Parma ”, expressed the ‘Tino’ on his Instagram account.

Asprilla added that Tanzi “was a very noble and loyal person, it was a joy to see him. Everything he promised us in Parma he always delivered. He put up with all (my) tantrums ”.

The ‘Tino’ recalled a very sad moment in his life and the help that the leader gave him at that time. “I will never forget the day my mother died, in the midst of my despair you were the person who got up at 10:00 pm and went to my house to console me and not only that, you had the nobility to lend me your plane so that I came to my mother’s funeral. That I will always carry in my heart “, he commented.

Tanzi, remembered for the biggest financial fraud in Europe

Tanzi starred in a major financial fraud scandal in 2003, when it was discovered that he had been falsifying the accounts of the Parmalat company for years and it accumulated a hole of 14,000 million euros.

At that time, Parmalat employed about 36,000 people in 30 countries and was a sponsor of various teams around the world. Tanzi was sentenced to 10 years in prison and then the Bologna Court of Appeal sentenced him to 17 years.

Asprilla mourned the death of controversial businessman: his father in Italy