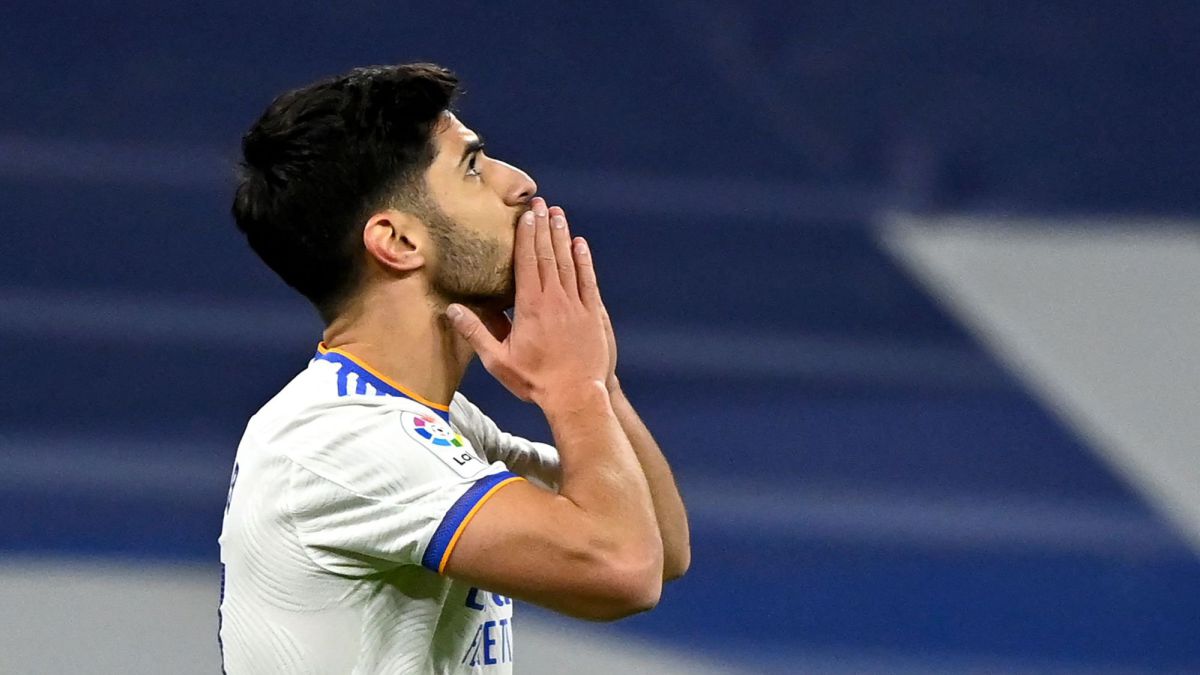 The eleven of Madrid had ten solid columns and one weak: the right wing. To the unquestionable ownership of the Courtois, Alaba, Casemiro or Modric; a latent debate was added about who should be the third musketeer along with Vinicius and Benzema. Ancelotti himself joined that wave assuming at a press conference that he, in that position, would choose a player “according to the characteristics of each match”. But that has ended at the stroke of meritocracy. Asensio roared hard against Granada and signed that this position became his. Since then he has always started from the start. Since then, he has been the owner.


Your shyness is past. Because his cannon is the present. The one that for so long has lived hidden and appeared in drops. A privileged left foot with which he is the LaLiga player who has scored the most goals from outside the area, tied with Guedes (Valencia) and Luis Suarez (Grenade). Asensio was an extraordinary opera singer who was somewhat terrified of getting up on stage, openly showing his gift. But as was triggeredfilled his deposit of trust and at the same time, that of Ancelotti, that in that routine of not rotating he already considers him a fixed.

Everything changed against him grenadethat February 6 at 10:29 p.m., when with the game stalled and Madrid entrenched, a very hard left-footed shot was invented against which Maximiano could do nothing. 1-0, victory and run at the Bernabéu. Something had just been seen that had not been seen for a long time, that distant punch that can unclog games. A new ace up the sleeve. “Would you like Asensio to shoot more from a distance?”they asked Ancelotti in the press conference prior to Vallecas. “Of course, because he has that talent!”answered Carlettofaust of the new pearl that you have in your hands.

Asensio has taken off his leash and is now someone else. A footballer who is not afraid to try – even if he fails – and who feels important. Headline. Except in Paris, where the whole team seemed to fail with flying colours, he has been seen brave and energetic. Scorer: against Alavés, again with the game stalled and a distressing 0-0, he broke through on the right just before going inside, raising his head and putting the ball in the opposite squad, where it is impossible for Pacheco to reach. From there, carousel of authority and 3-0. Another story.“I see him motivated and in a great physical moment. He is making the difference in many games, either opening the scoring or sentencing”Ancelotti added about him.

Their numbers have gone from less to more. This season he has been a starter in 17 games (14 in the League, one in the Super Cup, one in the Champions League –Paris-, and one Cup –Athletic-); In addition, he has come off the bench 12 times. In total, Asensio has 29 games in which he has signed 9 goals. His most brilliant performance was on matchday 6, when he scored his first hat trick in white against his team, Mallorca. Check every 170 minutes. His season has been marked by intermittence with Rodrygobut that seems past. Now he has not only taken the lead, but has become a regular.

It is the most important night of the season, in which the team will need him more than ever. Asensio will start on the right wing… Except for Ancelotti’s surprise. One of the options that has arisen in the previous one would be to reinforce that band with Lucas Vazquezbut it seems shocking. The looks -and many hopes- focus on Marco’s cannon, his great moment of form, his ability to break down the band and invent great goals. The Madrid he needs to come back from 1-0 in Paris with another heroic DNA. Real Madrid has already taken the first step: sold out. Now it’s the team’s turn.

Asensio is already the owner