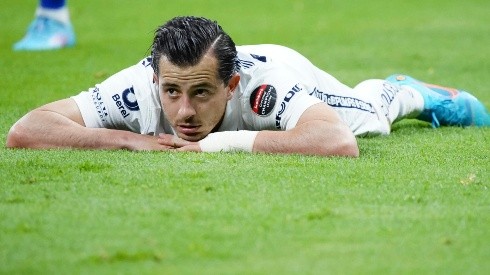 The Flock’s interest in lateral services is a reality, however the initial proposal to finalize the signing fell apart.

With the intention that the hiring by Alan Mozo advance quickly and effectively, Club Guadalajara decided to include in the negotiation the transfer of César Huerta to the UNAM Pumas, but everything fell apart unexpectedly, at least for the moment.

The Sacred Flock is still looking for a way to integrate new faces into its squad ahead of the 2022 Opening Tournament despite the fact that they have not been able to define who will be the coach either, since the progress that was made with Ricardo Cadena has been stalled and for this reason it will be in the following days when the helmsman’s announcement will be made.

It was Amaury Vergara who revealed that the sports director, Ricardo Peláez will shortly present the definitive proposal for the next Chivas strategist, hinting that there will be no continuity for the work of Cadena despite the five wins he obtained in seven games played where he only lost one game.

The signing of Alan Mozo to Chivas is complicated

Regarding the subject of transfers, the owner of Guadalajara also revealed that they will seek to reinforce themselves in the best way, for which the people of Guadalajara offered César Huerta to stay with the right side of the PumasHowever, the situation has taken an unexpected turn.

According to information from the Record newspaper, the university students are not willing to part with Mozo unless it is in a definitive purchase. According to the Transfermarkt portal, the defender has a value of four million euros and a current contract with the cats until 2023, so the panorama begins to complicate so that Chivas has its first reinforcement.