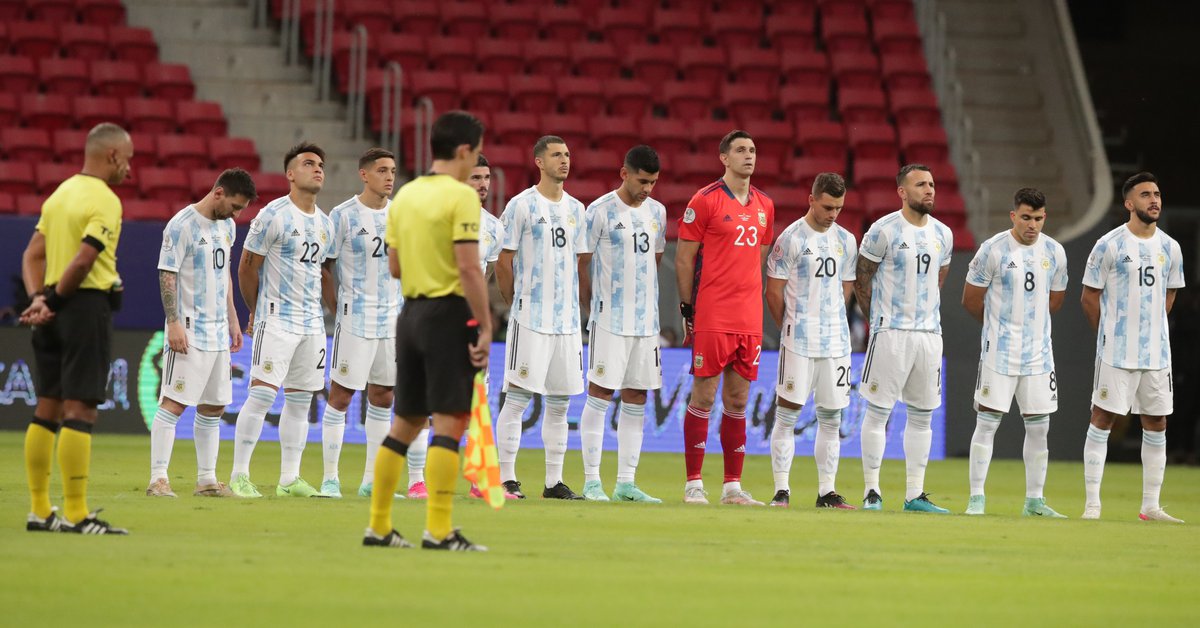 Emiliano Martínez (6): As in the duel against the Chileans, the Aston Villa goalkeeper was confident in the little action that Uruguay generated. He had no problem in the air balls.

Nahuel Molina (6): He was projected in a good way in the first half and even had a play that, after a qualification of Messi, fired in the area but the shot found the hands of Muslera. He kept up the pace in the snap and completed a good presentation.

Cristian Romero (7): After his absence in the debut, he returned to the first team and again showed his solidity. He contained Luis Suárez in hand-to-hand and was leader of the defense. In attack, he always broke lines with his passes and enabled Molina on several occasions.

Nicolás Otamendi (6): he improved his version after the duel against the Chileans, where he left doubts. He got on well with Romero and won in his personal duel against the always dangerous offense of Uruguay, which did not weigh down.

Marcos Acuña (6): Like Molina, in the first part of the game he played more offensively, trying to add to the pressure from Argentina. In the second 45 minutes, he dedicated himself to neutralizing the Uruguayan attack on his side.

Rodrigo de Paul (7): he had a more positional game than the one he showed against Chile. In the second stage, he owned the ball in the final part of the game, partnered with Palacios and completed a good performance. One of his best matches with the Argentine national team shirt.

Guido Rodríguez (8): First goal with the National Team and good ball control, distributing Scaloni’s team at the start of the game. In the defensive aspect, he fulfilled the displacements to round off a great task.

Giovani Lo Celso (6): More destined to the relay and defensive tasks than in attack, but it was still important in the first 30 minutes of the set. It left at the beginning of the complementary stage by a blow.

Lionel Messi (9): great first time of the captain of the selected team. He was key in the previous action of the center that he executed for Guido Rodríguez’s goal. In addition, he was very active with the ball. In the second part, he redoubled his efforts: he ran, he tried and, although he did not convert, he was the great figure of victory. It marked his leadership on the team.

They could not stop Messi, who with the advantage took over the ball in the second stage (REUTERS / Ueslei Marcelino)

Lautaro Martínez (4): He showed the effort of each game to disturb the rival’s exit, but he participated in the attack on few occasions. He had a chance after a shot by Messi that Muslera saved, but on the rebound the ball was left behind. It was started at the beginning of the second stage by Joaquín Correa. In the last 12 games, he only added two goals and the scoring drought is worrying.

Nicolás González (6): again it was fundamental in the Argentine attack. Dynamic, he generated the corner kick from where the center of the first goal came. He was one of the best of the team and returned to contribute his sacrifice for the left wing. He was replaced by Di María.

Exequiel Palacios (5): He entered through Lo Celso at the beginning of the ST and fitted in well with the team’s gear, especially with Paul.

Joaquin Correa (5): Like Lautaro, he was a reference in the offensive alone. He had no chances to score.

Angel Di Maria (5): He entered at a time of concern for Argentina and tried to bring vertigo to regain the rhythm that had been lost. As a negative point, he was not clear again with the ball at his feet and his contribution was diluted.

Germán Pezzela (-): He entered with three minutes to go.