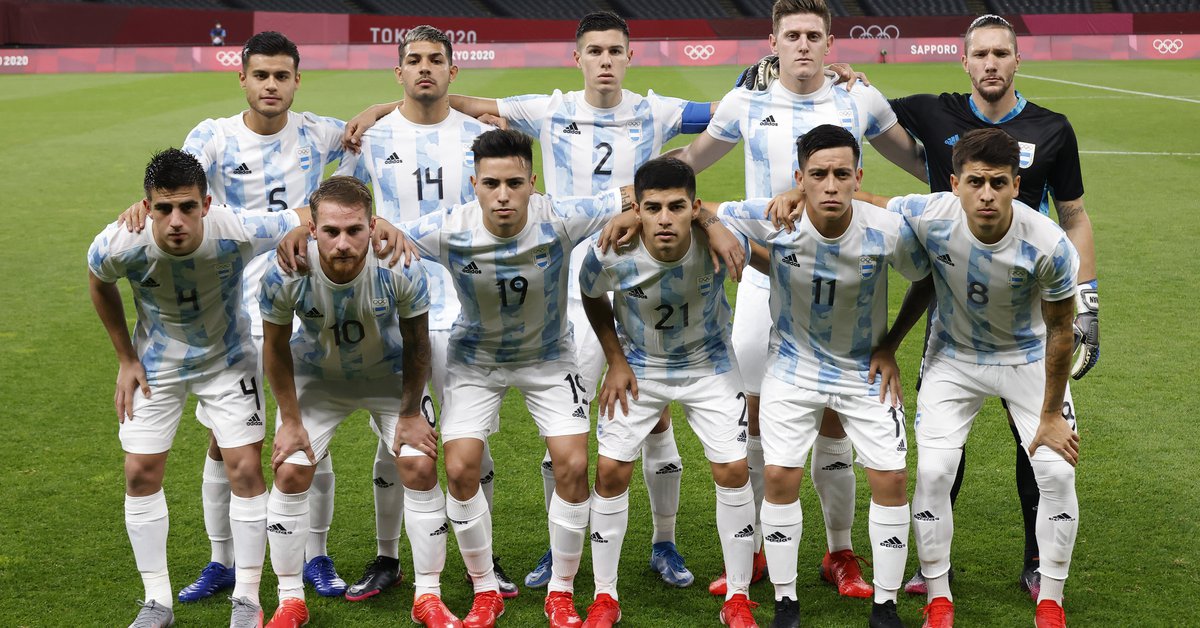 The premiere of Argentina in the men’s soccer discipline it was not what was expected: fell 2-0 against Australia with an early expulsion of Francisco Ortega before the end of the first half. Thanks to the other tie of the group in which Egypt drew without goals against Spain, the aspirations of the Albiceleste they still stand firm. At 4.30 a.m. on Sunday, those led by Fernando Bastista will jump back to the lawn of the Sapporo dome to confront the Africans with televising TyC Sports.

With many things to improve, the Bocce has a change forced by the double yellow named above. Claudio Bravo, side of Portland Timbers of the Major League Soccer, will take the left lane and has an unbeatable chance to seize ownership. What’s more, Thomas Belmonte I would go from boot instead of Santiago Colombato to round off the two modifications regarding the duel with the Australians. It should be noted that the first two in the area will qualify for the quarterfinals to be played on July 31.

Egypt gave the surprise by equalizing without goals and showing that their 5-4-1 scheme is a difficult wall to overcome. The Spanish team tried again and again during the 90 minutes of the game but there was always an Egyptian to stop the dangerous advances. One of the great characteristics of the Africans is the resistance in the physical friction that ends up wearing out their opponent at the end of the matches. Argentina’s creative footballers will need to be enlightened to break through the two defensive lines of nine footballers posed by their next rival.

Batista took advantage of the rest days to try different alternatives regarding the duel with Australia, improve the ball stopped in defense and the counterattacks in different situations, according to the AFA through their social networks. This Sunday at 7.30, Australia and Spain will also face each other in the other match of the second day of the Group C. On Wednesday, July 28, the albiceleste he will play the last date against the Europeans and thus define if he achieves access to the next phase.

When Delfina Pignatiello makes her debut at the Tokyo Olympics: days and competitions in which she will participate
Farewell to a legend: the hall of honor that the Argentine delegation prepared for Paula Pareto in the Olympic Village
He threw his rival to the canvas, but the judges saw him lose: the unusual elimination of Argentine Brian Arregui in the Olympic Games