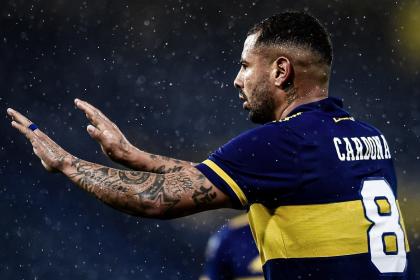 The name of Edwin cardona It appeared again as a possibility for a team in Colombia, but this time it is not about the powerful Nacional or Junior, who have the most expensive payrolls in the Betplay League. Although the largest shareholder of the America from Cali, Tulio Gómez, already confirmed that it was a simple survey of the technician Juan Carlos Osorio and that his club cannot pay such a high salary, from Xolos de Tijuana they talked about what can happen so that the ’10’ is signed.

Jorge Alberto Hank, president of Tijuana, a team that has the Colombian’s pass, recently spoke with ESPN F90 about what could await Cardona in 2022. It should be remembered that his contract with Boca Juniors ended and the Mexican club will be in charge of negotiating with the interested. There are several, they say.

“The truth is not yet defined the issue. He has a contract with Boca until December 31 and from there we have to see what possibilities there are for him to join Tijuana to fulfill his contract or be transferred to another place. Boca had a call option that expired on November 30 and there have been a couple of clubs in Argentina that have asked about him, and also other clubs in other parts of the world. We are analyzing what is the best. “

Regarding a possible new loan, he said that “we are willing to listen to any proposal, be it from Edwin or any other player. Today, in Boca they have not told us of their interest to renew the loan. It all depends on the will of the player, where it is located. feel comfortable and what chances you have of reaching the National Team, that is why I cannot give a price as such. In my country the figures are handled confidentially. I cannot throw a number to the press. “

The Xolos manager did not rule out that Edwin would stay with the club in Mexico; It will depend on what Argentine coach Sebastián Méndez wants. If an offer does not arrive that convinces them and the player, it is most likely that he will return to Tijuana to fulfill his contract.

Are you excited about the FPC? What they say from Tijuana about Cardona